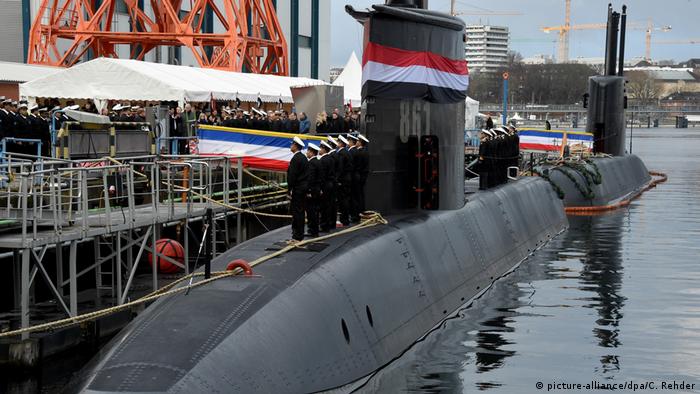 The ministry, responding to a formal question by the Left Party (die Linke), said the government approved arms exports worth €1.16 billion ($1.27 billion) in the first three months of 2020, a €43.5 million increase from the same period in 2019.

Government-approved arms sales hit a record high in 2019, totaling €7.95 billion. Sales had declined the previous three years after a previous record of €7.86 billion in exports in 2015.

The Left Party, probably the most critical of Germany's arms export policies, condemned the increase in arms sales amid the coronavirus pandemic.

"While the UN is calling for a global ceasefire to fight the coronavirus pandemic, the German government continues to pour oil on the fire with its war weapons in crisis areas,"  die Linke's disarmament specialist Sevim Dagdelen said in response to the figures. "We need an immediate halt to arms exports and convert the defense industry to make civilian goods such as medical equipment. It is time to produce for life instead of death."

The Economy Ministry said the increase was due to a deal struck with Egypt involving a frigate and a submarine. At €290 million in sales, Egypt's nominally civilian government led by the former head of the army was by far the largest arms buyer from Germany in the first quarter of this year.

The deal with the African nation was finalized despite Germany affirming in 2018 that it would not sell weapons to parties involved in the conflict in Yemen, a conflict that has killed over 100,000 people. This resolution followed sharp criticism of a series of high-profile sales to Saudi Arabia, which is leading the international coalition attacking Yemen's Houthi rebels.

Egypt recently dispatched warships to assist with a Saudi-led naval blockade of Yemen.

Since early 2019, German arms manufacturers have sold over €1 billion worth of weapons to Egypt, the United Arab Emirates (UAE) and other countries part of the Saudi-backed coalition in Yemen.

Dagdelen told DW earlier this monththat Germany's pledge to not provide arms to countries involved in the conflict in Yemen was "nothing but hot air."

"The UAE and Saudi Arabia are to blame for the biggest humanitarian catastrophe of our times," she said. She has called for Germany to halt exports to the UAE immediately.

German-made weapons are a common sight in Yemen's war, which has killed over 100,000 people. Arms companies and Angela Merkel's government have been accused by NGOs of aiding possible war crimes over arms exports. (12.12.2019)