Germany sells arms to members of Saudi-led Yemen coalition | Germany | News and in-depth reporting from Berlin and beyond | DW | 02.04.2020 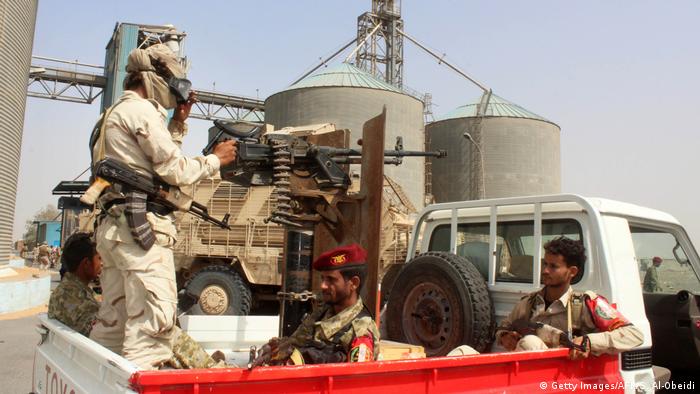 Citing new figures from the Economic Affairs Ministry that show that sales are up, Left party disarmament specialist Sevim Dagdelen told DW that promises that Germany would be highly selective about weapons exports to avoid complicity in atrocities in Yemen are "nothing but hot air." Since early 2019, German arms manufacturers exported over €1 billion ($1.1 billion) worth of weapons to Egypt, the United Arab Emirates (UAE) and other countries fighting Houthi rebels in Yemen as part of the Saudi-led alliance.

In 2019, Germany's government gave the go-ahead for arms exports to the UAE worth more than €257 million. Dagdelen said this had exacerbated the war in Yemen, which has been raging for five years now. "The UAE and Saudi Arabia are to blame for the biggest humanitarian catastrophe of our times," she said. Dagdelen has called for Germany to immediately halt weapons exports to the UAE.

Egypt also remains a major buyer of German military and naval equipment. The country, which dispatched war ships to join the Saudi-led naval blockade of Yemen, recently purchased a frigate and submarine from Germany's ThyssenKrupp Marine Systems. And, in 2019, Germany's government approved arms exports worth over €800 million to the country. Bahrain, Jordan and Kuwait, which have all participated in airstrikes by the Saudi-led coalition, are also customers of German arms manufacturers.

Marius Bales, an arms expert with the Bonn International Center for Conversion (BICC), said the latest figures made clear that "Germany's arms exports are driven largely by economic considerations and are not at all selective." Demand in Middle Eastern countries for German military equipment has always been high, in part because national arms industries are not as advanced as Germany's.

Bales said exporting military equipment and arms to countries involved in the war was "utterly deplorable." Doing so violates the 2018 decision by Chancellor Angela Merkel's government to stop selling weapons to countries "directly participating in the Yemen war." Preapproved arms exports were exempted from the policy, provided that they "remain in the recipient country." The investigative journalism consortium #GermanArms, of which DW is a member, found that weapons produced by German companies are being used to wage war in Yemen.

Following the killing of dissident journalist Jamal Khashoggi in the Saudi consulate in Istanbul in October 2018, Germany adopted a moratorium on arms exports to the Gulf monarchy that November. The government recently extended the ban on sales through December 31, 2020. The figures from the Economic Affairs Ministry show that armored all-terrain vehicles were exported to Saudi Arabia nonetheless. The Left's Dagdelen deems this a "blatant violation" of the ban. She also wishes to see the "export moratorium applied to all countries who are part of the coalition fighting in Yemen."

Sevim Dagdelen: 'Be fearless and brave'