German-made weapons are a common sight in Yemen's war, which has killed over 100,000 people. Arms companies and Angela Merkel's government have been accused by NGOs of aiding possible war crimes over arms exports. 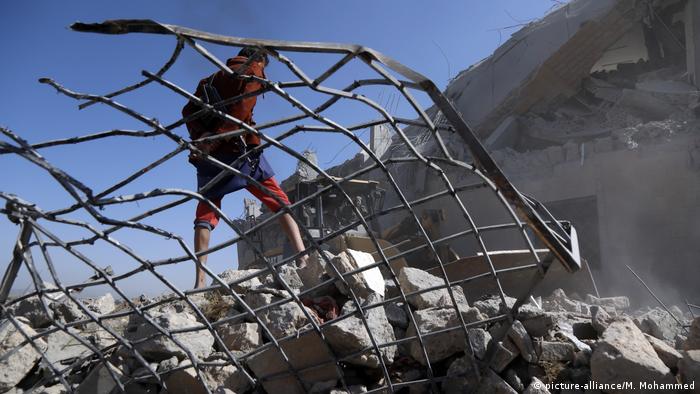 German arms manufacturers and the government itself are facing accusations of aiding and abetting possible war crimes in a criminal complaint filed at the International Criminal Court (ICC), German media reported on Wednesday.

A group of human rights organizations filed the criminal complaint over weapons exports to Saudi Arabia and its allies who are involved in the Yemen conflict, reported the Süddeutsche Zeitung and public broadcasters NDR and WDR.

The organizations, including the Berlin-based European Center for Constitutional and Human Rights (ECCHR) and the Yemini group Mwatana, accuse the two firms of enabling attacks on civilians in Yemen.

Targeted attacks on schools and hospitals have only been made possible due to the weapons and logistical technology made and sold by Rheinmetall and Airbus, the complaint states.

Both companies said that they had acted in accordance with the law in a response to the accusations, the Süddeutsche Zeitung, NDR and WDR reported.

"A final decision about the export of military equipment takes place only with the approval of the German government," Airbus said in a statement.

"Germany has one of the strictest arms export laws in the world," the company added. 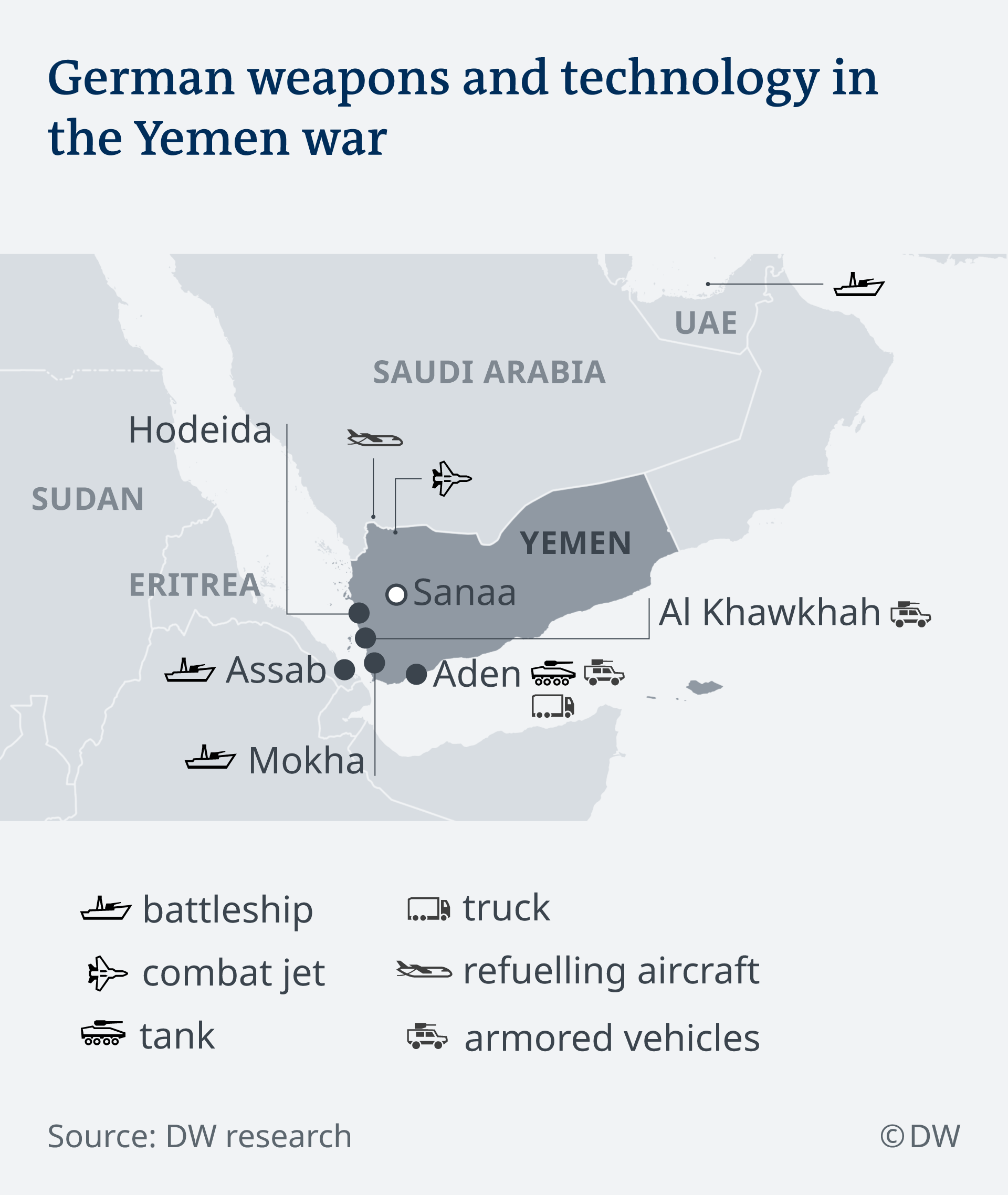 Germany does have some of the most restrictive arms export regulations in the world, but that has not spared German Chancellor Angela Merkel's government from criticism over weapons exports — particularly to Saudi Arabia.

The complaint filed at the ICC argues that no country or company could claim to not know how weapons were being used in Yemen — particularly after a 2015 Human Rights Watch report detailing attacks on civilians.

Germany's restrictive regulations forbid the export of weapons to countries involved in armed conflicts unless they are acting in self-defense.

In early 2018, Merkel's coalition also signed off on an agreement forbidding exports to countries "directly" involved in Yemen. By October that same year, Berlin put a freeze on all weapons exports to Saudi Arabia following the murder of journalist Jamal Khashoggi.

Despite this, a DW investigative report from earlier this year revealed extensive evidence of German-made arms and technology being used in Yemen.

Even recent government figures show that although Germany drastically reduced arms sales to Saudi Arabia in the first half of 2019, they did not cut them completely.

Over 100,000 people have been killed since the conflict in Yemen erupted in 2014. The devastating war has created the world's worst humanitarian crisis, with both sides accused of possibly committing war crimes.

A Saudi-led coalition has been fighting the Iran-backed Houthi rebels in Yemen since March 2015, with Saudi-led airstrikes hitting schools, hospitals and weddings.