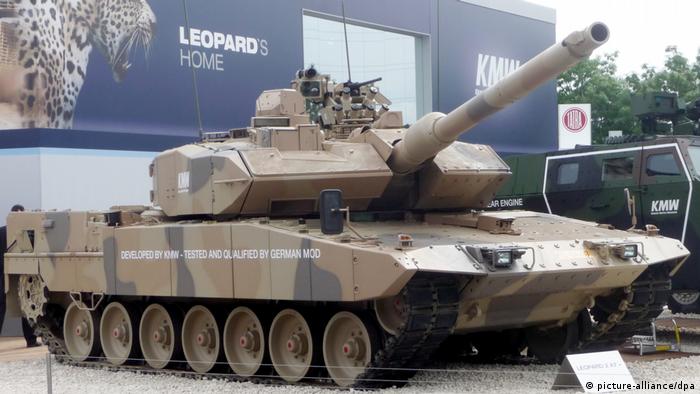 The ban — prompted by the killing of Saudi dissident journalist Jamal Khashoggi — had been questioned within Chancellor Angela Merkel's own party following the mystery drone strikes on Saudi oil installations, which the US and Saudi Arabia blame on Iran or its allies.

But Merkel on Tuesday had said that she saw "no conditions, at the moment, for a changed stance" on the German government's side, signaling that the moratorium should be extended beyond its initial expiration date of September 30.

Center-left Social Democrats in Merkel's grand coalition government had resisted renewal of arms exports to Saudi Arabia as well as nations such as the United Arab Emirates fighting Houthi rebels backed by Iran in Yemen.

Last March, the German government loosened its stance to allow deliveries by German firms involved in joint military export projects with France and Britain. The French and British partners were asked not to deliver arms to Saudi Arabia.

Mission extensions for Iraq and Syria

That mandate would however have a lower limit on troop numbers, from 800 to 700.

Also extended until March 2020 would be Germany's mandate for its four Tornado warplanes and a refueling aircraft currently based in Jordan, said German government spokeswoman Ulrike Demmer.

That German mission assists in surveillance flights and mid-air refueling for the multinational coalition against remnants of the "Islamic State" (IS) militia in Syria.

Demmer said the Bundeswehr engagement in the region was bearing fruit but likewise the radical IS still posed a threat, hence the mission's extension.

The weapons used to hit two oil facilities came from Iran, according to the Saudi-led coalition fighting in Yemen. Despite its "grave concern," Russia has said that military retaliation would be "unacceptable." (16.09.2019)