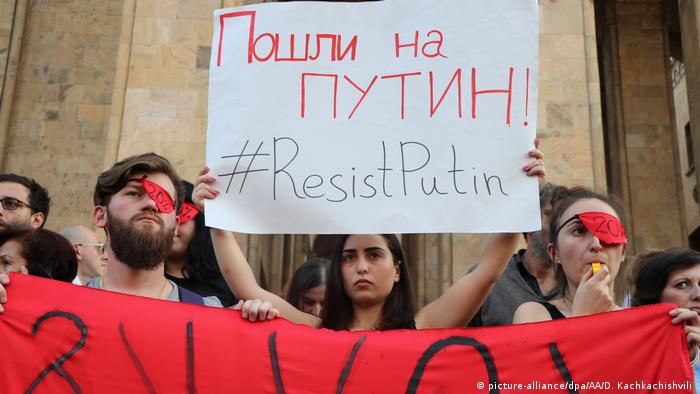 Bidzina Ivanishvili, leader and founder of the ruling Georgian Dream party, has announced new rules for parliamentary elections slated for next year.

Ivanishvili, a billionaire who made his fortune in Russia, said the new parliament will be voted in using a proportionate party list system, calling it "large-scale political reform." A 5%-of-the-vote barrier will also be removed in order to allow all parties to be represented, he said Monday.

"We are seeing today that society wants change," Ivanishvili said. "We will have a parliament where all the existing political actors will be represented."

The Georgian capital, Tbilisi, has been rocked by days of unrest after a Russian lawmaker addressed an inter-parliamentary forum in his native Russian while sitting in the Georgian parliamentary speaker's seat.

The incident triggered mass protests in the capital. Police used tear gas and fired rubber bullets in an attempt to disperse crowds on Thursday, arresting hundreds in the process. Protesters have called for authorities to release the detained, enact democratic reforms and call snap elections.

"We snatched from Ivanishvili's hands a first concession," said a 45-year-old librarian at the protests. "Our ultimate goal is Georgia's de-oligarchization."

Read more: Partying and protesting for a more liberal Georgia

In the wake of the Soviet Union's collapse in the early 1990s, the regions of Abkhazia and South Ossetia were internationally recognized as part of Georgia. However, in 2008, Moscow waged war for the regions, deploying thousands of troops and recognizing them as independent states.

The bitter conflict killed more than 12,000 people and displaced 250,000 others. Russia later built permanent military bases in the breakaway provinces.

Russian officials have described the anti-government unrest in Tbilisi as "anti-Russian." Moscow has banned flights from Georgia and threatened to impose further measures.

Georgia: Between Europe and Russia