Geneva Conventions at 70: More enforcement needed | World | Breaking news and perspectives from around the globe | DW | 12.08.2019

The Geneva Conventions, the foundation of international humanitarian law, were adopted 70 years ago in the aftermath of World War II. With the changing nature of warfare and modern challenges, are they still relevant? 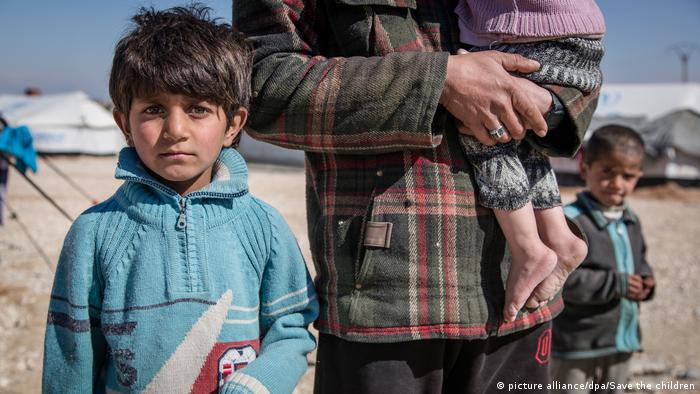 In 2019, seven decades after the adoption of the Geneva Conventions, the treaties that "contain the most important rules limiting the barbarity of war," according to the International Committee of the Red Cross, don't appear to be limiting much of anything.

In the eight years of Syria's brutal civil war, the regime's military, backed by Russian forces, "has been deliberately targeting civilians and civilian institutions in areas held by the armed opposition," said Kenneth Roth, executive director of Human Rights Watch, calling it a "blatant affront to the Geneva Conventions."

In Yemen, the Saudi-led coalition has been "repeatedly bombing civilian targets … [hitting] funerals, markets, mosques and even a school bus." And the treatment of the Muslim Rohingya minority by Myanmar's army — characterized by Amnesty International in May as "extrajudicial executions, arbitrary arrests, torture and other ill-treatment and enforced disappearances" — is, in essence, "ethnic cleansing," Roth said.

And these events, all serious breaches of international humanitarian law under the norms set out by the Geneva Conventions, are hardly the only examples dominating the headlines.

Helen Durham, a former human rights lawyer and director of humanitarian law and policy at the International Committee of the Red Cross (ICRC), agreed that her organization "regularly" sees violations of the conventions in the world's most dangerous places, "and we acknowledge that it's unacceptable."

But "just because the law is broken doesn't make it less relevant," said Durham, speaking by phone from Geneva. "There are many, many cases where the laws of war actually make a huge difference and actually do provide dignity and humanity in war."

Protection from the horrors of the war

The Geneva Conventions, four international treaties that aim to protect people not involved in conflict — civilians, medics, prisoners of war and soldiers who can no longer fight — were adopted on August 12, 1949 after lengthy deliberations.

The original Geneva Convention, which covered the "amelioration of the condition of the wounded in armies in the field," was first adopted in 1864 following a proposal by Henry Dunant, the founder of the ICRC. 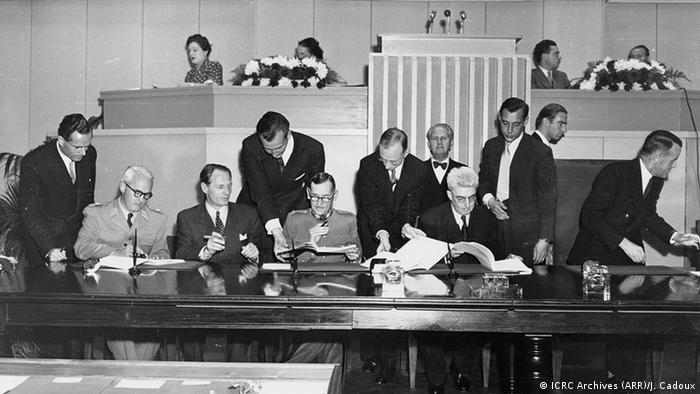 Among the first states to ratify the Geneva Conventions, signed in August 1949, were Chile, India, Monaco and Switzerland

In the years leading up to World War II, the ICRC drafted additional treaties that would expand protections for civilians caught up in combat, but governments refused to commit. The result: civilians had no specific international treaty to protect them from the horrors of the war, which ultimately killed tens of millions of people.

In response, world powers — with the terrible atrocities of the war fresh in their minds — agreed to revise and update the conventions, adding a fourth to protect civilians and property during times of conflict. Another significant revision came in 1977 with the addition of two protocols, strengthening protections for victims of international and internal armed conflicts, including civil wars.

Over the decades, said Durham, the conventions have been supplemented by "a vast expansion and updating" of specific treaties that relate to weapons, with international agreements banning antipersonnel land mines, chemical weapons and cluster bombs, among others. And Durham said "new challenges," like cyberwarfare, autonomous weapons and artificial intelligence, as well as calls to consider the environmental damage of war, will increasingly play a role in future developments.

Today, grave cases like Syria and Myanmar may seem to point to the contrary, but there are actually only a handful of places around the world where the Geneva Conventions aren't being observed.

"We are not talking about a global disrespect and pattern of disrespect," said ICRC President Peter Maurer in speech at the Centre for Strategic and International Studies in Washington in May, highlighting the "hundreds and thousands of situations where the law is respected."

"When a wounded person is allowed through a checkpoint, when a child on the front lines receives food and other humanitarian aid, when the conditions of detainees are improved or when they can receive contact with their families, we know that international humanitarian law is also respected," he said.

"Nobody really challenges the essence of the Geneva Conventions," Roth, of Human Rights Watch, told DW. "Nobody claims that it's OK to target civilians, that it's OK to fire indiscriminately. These are basic norms, basic prohibitions that are understood universally to constitute war crimes, if violated."

Durham says the law itself is very clear and "doesn't need to be updated." She acknowledges a need for "more political pressure, globally, on all parties in conflicts," to ensure the law is being applied.

The problem today, Roth agreed, isn't with ambiguity or a lack of specification in the rules. Instead, he said, it lies with governments ignoring the rules, and a lack of enforcement and international oversight.

Roth pointed out that frequently, national governments can be reluctant to hold their own war criminals to account. But, he said, the international community has been finding ways around those loopholes, to bring those who violate the treaties to account.

"The emergence of international tribunals like the International Criminal Court [in 2002] is one answer to that problem," Roth explained. "Syria has presented a real challenge — given the scope of the atrocities, it would be natural to send Syria to the International Criminal Court. But that process has been blocked by the Russian and, at times, the Chinese veto in the UN Security Council … and it has been necessary to come up with other routes to accountability."

One such route, he added, has been through the UN General Assembly — where there is no veto — which, in 2016, voted overwhelmingly to create an impartial international unit to investigate the violations in Syria, "basically a prosecutor for Syrian war crimes without a tribunal."

In addition, a number of European countries have also decided to make use of a principle in international law known as universal jurisdiction to begin prosecuting war criminals abroad, in place of reluctant national authorities.

"Germany and France have actually been at the forefront of pursuing Syrian war criminals," said Roth. "Frankly, there is no other alternative at the moment."

Fatima was gang-raped during attacks on Rohingya Muslims as part of Myanmar's ethnic cleansing campaign. Now, she and her family live in a camp in Bangladesh with few prospects, DW Editor-in-Chief Ines Pohl reports. (17.10.2018)

The changing flow of refugees has made it hard for governments and NGOs to keep up. As a result, humanitarian aid has often been provided by volunteers. Diego Cupolo has been documenting the crisis in the Balkans. (02.10.2015)