A bombing by Saudi-led forces killed over 20 civilians at a Yemeni fruit and vegetable market in yet another highly-lethal strike near the key port of Hodeida. UN slammed the "shocking price" paid by non-combatants. 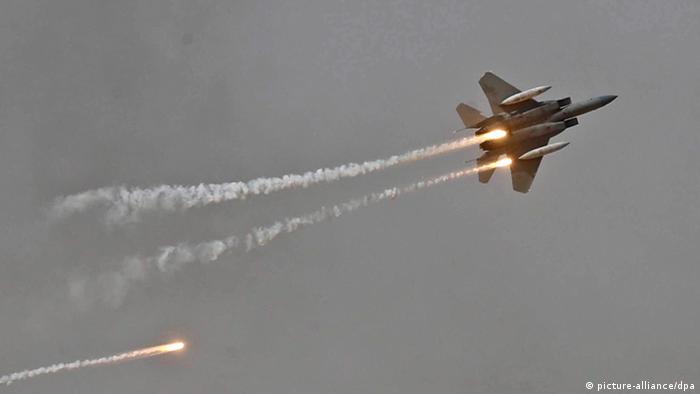 At least 21 people were killed and 10 more injured when the Saudi-led coalition bombed an open-air market outside Hodeida in Yemen, UN representatives said on Thursday. All of the causalities were civilians, according to Houthi medical officials.

The bombing raid hit a vegetable-packing facility in the town of Bayt el-Faqih, south of the strategic port, on Wednesday. The latest Saudi-led strike comes six days after its forces fired missiles at the crowded fish market at Hodeida, less than two weeks after a separate air raid killed at least 17 people riding a bus in the port city, and three and a half months after another bombing killed 51 people, including 40 children on a school trip.

"Civilians are paying a shocking price because of this conflict," said UN Humanitarian Coordinator for Yemen, Lisa Grande, on Thursday.

In a telephone conversation with Saudi King Salman on Thursday, Chancellor Angela Merkel raised the issue of the dire humanitarian situation in Yemen and urged Saudi Arabia to ensure access for humanitarian aid.

In June, forces allied with the Saudi coalition launched an offensive to dislodge Houthi rebels from the key port city. Hodeida plays a key role for supplying food to Yemeni civilians, as up to 80 percent of all imports and aid enter the country through its port. A siege or a naval blockade could spell disaster for the civilian population of Yemen, where 14 million people are balanced on the brink of famine.

"There is now a clear and present danger of an imminent and great big famine engulfing Yemen: Much bigger than anything any professional in this field has seen during their working lives," UN's aid chief Mark Lowcock said at the UN Security Council on Tuesday.

The war between the forces loyal to President Abed Rabbo Mansour Hadi; backed by extensive Saudi bombing, and the Houthi rebels started in March 2015. Some 10,000 people have been killed since then.

The impoverished Arab nation also faces dire economic difficulties, with average income dropping to less than half of what it was before the war, and prices for staple foods nearly doubling.

"The economic collapse is Yemen's silent killer; many Yemenis are struggling just to survive," said Tamer Kirolos, the head of Save the Children group in Yemen, on Thursday.