Why is Germany putting an Afghan man on trial for war crimes? | Germany| News and in-depth reporting from Berlin and beyond | DW | 05.07.2019

An Afghan man is facing charges of war crimes at a Munich court. He isn't a German citizen, nor were his alleged crimes committed in Germany. So why is he being tried in the country? 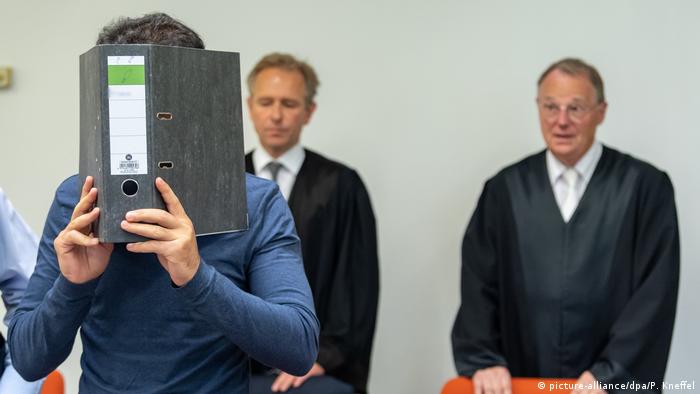 A former Afghan military officer is on trial in Munich this week, accused of torturing captured fighters in late 2013 and early 2014. The 26-year-old allegedly mocked, defiled and desecrated the corpse of an enemy commander in front of civilians.

Since 2002, the International Criminal Code has been incorporated into the German legal system. It enables the German judiciary to lead prosecutions of certain crimes that violate international law, even if they were not committed on German soil. The most serious crimes that the law applies to are genocide, crimes against humanity, war crimes and crimes of aggression.

The German Federal Public Prosecutor handles these cases and the specialized War Crime Unit of the Federal Criminal Police Office (BKA) supports the lawyers working on the trials. The BKA unit is Germany's central body used to combat war crimes.

The first time the International Criminal Code was enforced in Germany was in 2011. Ignace Murwanashyaka, the former president of the Democratic Forces for the Liberation of Rwanda, and his aide, Straton Musoni, were tried before the Stuttgart Higher Regional Court. They faced charges of war crimes in the Democratic Republic of Congo (DRC). They were jailed for 13 and eight years respectively, but those sentences were later partially repealed. Murwanashyaka died in prison in April.

German authorities have increasingly turned to the International Criminal Code since 2015, when significant numbers of refugees began arriving in the country — including both victims and perpetrators of war crimes. A German parliamentary inquiry found that over the past five years, the BKA has received more than 5,000 leads to possible involvement in war crimes among asylum-seekers. Those suspected of involvement came from Syria, Afghanistan, Gambia and Iraq; of these, some 129 cases were investigated.

Critics say that this number is too low, but international law expert Christoph Safferling disagrees. He believes it shows that Germany is doing "an incredible amount" in this area. "Germany is attending to this in a very systematic way. It is taken very seriously," he said, noting that so many cases are being brought before the Higher Regional Courts that these kinds of proceedings have become routine.

The fact that these cases focus on people who have arrived in Germany since 2015 has given investigators an advantage, as they are able to locate witnesses within the country. During the 2011 trial focusing on war crimes in the DRC, witnesses had to be flown in at high costs. Technological advancements have also provided investigators better access to evidence. In 2016, a man in the western German city Offenbach was found guilty of war crimes after he posted a photo on Facebook of himself posing next to the heads of two men impaled on metal bars in Syria.

Each year, the European Center for Constitutional and Human Rights (ECCHR), which provides legal support to war crimes victims, issues a report listing the largest cases being dealt with under the International Criminal Code.

In 2018 in Germany, there were 18 cases in which either an investigation was opened, a trial was initiated or judgments were handed down. The accused were often located within Germany when the indictment was issued. Such was the case for Syrians Anwar R. and Eyad A. when they were arrested in Berlin and Rhineland-Palatinate, respectively, in February. They are suspected of being former Syrian secret service agents who committed crimes such as torture and murder. The ECCHR is supporting the alleged victims of one of the detained agents. 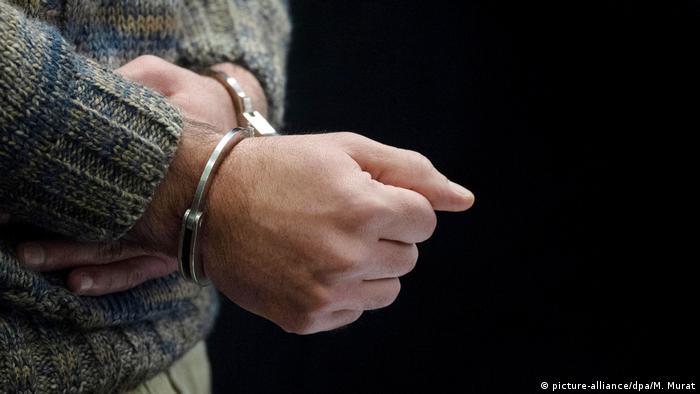 "In Germany or Europe, the chances of an arrest are naturally greater," said Alexandra Lily Kather of ECCHR, though she noted that prosecuting these types of cases is not the primary purpose her organization. "Our stated goal is for the Federal Public Prosecutor to focus not only on those lower down the chain of command, but also on high-ranking perpetrators and to issue international arrest warrants against them."

Kather said that these warrants could one day prove important if the perpetrators enters another country, because then that suspect could potentially be extradited to Germany.

But for the moment, said international law expert Safferling, German prosecutors prioritize cases that are directly connected to Germany, for example if there is a national security threat or the suspect resides within the country. Prosecuting these cases is not about not "acting like the world's police," he added.

Nevertheless, Safferling believes it is important to show that the International Criminal Code is being upheld in Germany, because it sends an important signal that the country is not a safe haven for war criminals.