Ignace Murwanashyaka allegedly led a Rwandan militia in eastern Congo from his home in Germany. His war crimes conviction in 2015 was groundbreaking for Germany, but the case was overturned. 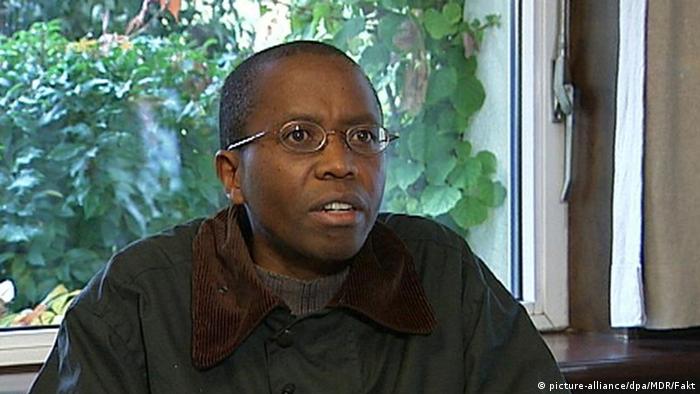 A former Rwandan militia leader died in Germany on Tuesday while awaiting retrial for alleged war crimes in the Democratic Republic of the Congo (DRC).

Ignace Murwanashyaka, 55, was president of the Democratic Forces for the Liberation of Rwanda (FDLR) during its operations in eastern DRC in 2008 and 2009.

In 2015, he was convicted by a Stuttgart court of leading a terrorist organization and four counts of being an accessory to war crimes during those operations. It found he masterminded massacres and other war crimes and sentenced him to 13 years in prison.

However, the ruling was overturned last year due to procedural errors and a retrial was still pending. He was kept in custody pending the new trial.

An eight-year sentence for his deputy, Straton Musoni, was not overturned.

Murwanashyaka's health deteriorated suddenly on April 11 and he died in hospital a few days later, the court in southwestern Germany said.

Gesine Ames of the German charity organization Central Africa Ecumenical Network spoke to DW about the FDLR's significance today: "The FDLR still exists, though it is much less prominent than it was. It is still a militia guilty of human rights abuses and the killing of civilians in the region, but it is not nearly as influential as it was 10 years ago. No doubt that has a lot to do with the fact that the arrest of FDLR leader Murwanashyaka and his deputy in Germany greatly weakened the group, which has a strict hierarchical structure."

Asked about what Murwanashyaka's death might mean to the group, she said, "I don't think that the death of the group's formal leader will have much affect on the FDLR's current commanders."

Major Ndjike Kaiko, a speaker for the Congolese army (FARDC), told DW: "The FDLR is an armed foreign militia, and it is our job to hunt them down. We have been successful in our quest to reduce the FDLR's threat potential."

During the initial trial, prosecutors argued that Murwanashyaka had directed the militia from his home in Mannheim, in southwest Germany, via phone, text message and email. His lawyers had argued he was only a political leader and did not control the military wing.

The case focused on five raids by FDLR rebels on Congolese settlements in the region of North Kivu.

The trial was groundbreaking in that it dealt with crimes commited overseas by a person living in Germany.

The FDLR operated in eastern DRC and its ranks were mostly filled by Hutu refugees who fled from Rwanda after the 1994 genocide, in which more than 800,000 people, mostly ethnic Tutsis, were killed.

Until very recently, the FDLR, a rebel group linked to Rwanda's genocide, used to regard Germany as a sort of 'second home.' A new book explains the link between the East African militia and Europe's biggest economy. (06.06.2016)