Two Rwandans were sentenced by a court in Stuttgart for war crimes committed in eastern DR Congo. But can international criminal law be applied in Germany? There may have to be a retrial. 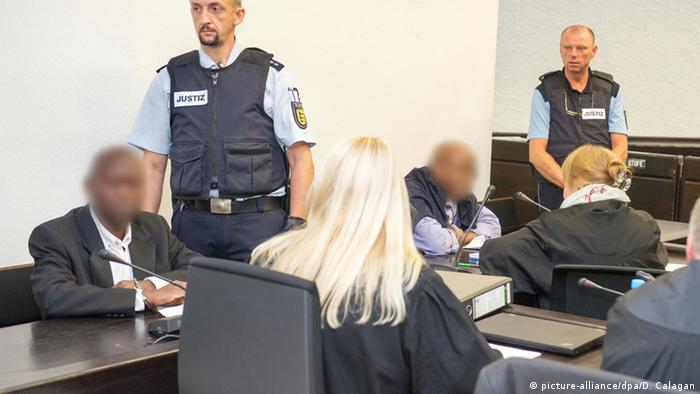 It was a mammoth war crimes trial. The Higher Regional Court in Stuttgart was in session for 320 days over a period of more than four years. Two Rwandan men were accused of leading a rebel group in the east of the Democratic Republic of the Congo (DRC) for several years, while they themselves were in Germany, undetected and living perfectly normal lives.

When the trial ended in 2015, the two defendants were convicted of aiding and abetting war crimes and sentenced to eight and 13 years respectively. However, these sentences may now be revoked. This week, Germany‘s supreme court, the Federal Court of Justice, deliberated the possible need for a retrial.

In the original proceedings, Federal Prosecutor’s Office called for the long-standing president of the FDLR (“Democratic Forces for the Liberation of Rwanda”) to be tried as a perpetrator, not just for aiding and abetting. Both the now 55-year-old principal defendant and his 57-year-old deputy have lived in Germany since the 1980s. They led the FDLR from afar, as its officials and representatives.

In 2015, the Stuttgart court convicted the men of heading a terrorist organization, but it decided that they had not had the power prevent the atrocities.

On December 20, the judges in Karlsruhe will decide what will happen next. 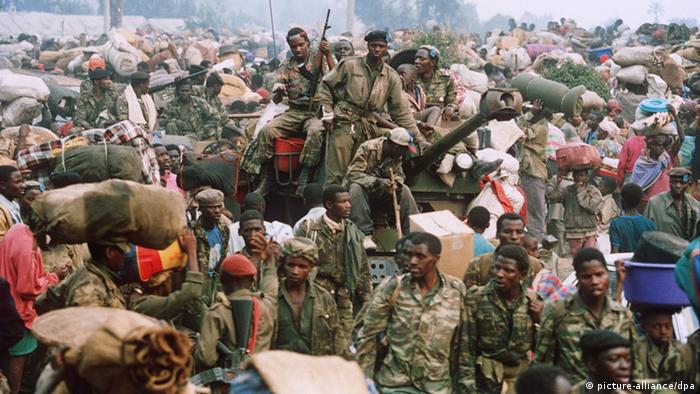 But why is the German justice system dealing with atrocities committed in eastern DRC? Since 2002, according to the principle of international law, German investigators have been able to prosecute war crimes committed abroad. The Chief Federal Prosecutor ordered the arrests of the pair in 2009. The indictment was the first to be made according to Germany’s new international criminal code, which regulates crimes against international criminal law. The two men are charged with coordinating 26 crimes against humanity and 39 war crimes. As they live in Germany, they must be dealt with by a German court.

Robert Heinsch, Professor for International Humanitarian Law at the Ruhr University in Bochum, believes it is essential that German courts make use of the new principle of universal jurisdiction. "The four core crimes in particular — genocide, crimes against humanity, war crimes and aggression – are so important for global coexistence that they cannot be entrusted to an individual state, because these crimes essentially concern everybody," he told DW.

This is clearly apparent in this case. In 2008 and 2009, FDLR fighters attacked a series of villages in eastern DRC. People were burned or beaten to death, shot or hacked to pieces. The 174 civilian victims included many women and children. The background to the killings was the civil war and genocide in neighboring Rwanda in 1994. At that time, many Rwandan Hutus fled to the DRC. Some of them founded the FDLR with the aim of using their base across the Congolese border to seize power from the Rwandan government.

Deal with crimes, help the victims

For Sylvain Lumu, the head of the Congolese human rights organization "Lige des electeurs" in Kinshasa, the trial — despite its length — is an important contribution to coming to terms with the past. "Anything that helps deal with the crimes also helps the victims," he told DW. Lumu understands why people would criticize the fact that the trial didn’t take place locally, where the victims live or lived, but he sees things differently. "I don’t believe it would be possible to hold trials of this dimension in DRC or Rwanda," he said.

Lumu is quick to concede that the process of hearing evidence must have been difficult, if not at times impossible, to conduct from Germany. The judges in Stuttgart put this on record on numerous occasions over the course of the trial. However, Lumu has no doubts about the the German court’s verdicts. "If the judges had not seen sufficient proof, there would have been no guilty verdict," he said.

Nonetheless, and despite its original length, the trial is now being extended yet again. The judges in the Stuttgart trial had to shed light on acts of violence that had taken place thousands of kilometers away. Their investigation adhered to the German criminal code, which requires very high standards of evidence. Witnesses were flown to and from Stuttgart; some traumatized victims were questioned via video link, insofar as this was possible. Statements and documents had to be translated. Announcing the convictions in September 2015, the presiding judge, Jürgen Hettich, described theirs as a "Herculean task" that had been virtually impossible to accomplish, before adding: "This isn’t how we do things."

Professor Robert Heinsch sympathizes with the judge. He says an appropriate infrastructure must be put in place if war criminals are to be punished effectively. "If you don’t have previous experience of interrogating witnesses from an African country, dealing with victims who don’t speak any German, where you have to have interpreters, where you need investigative assistance from Congolese and Rwandan authorities, then of course it’s difficult if that has to be established at a moment’s notice," he said.

He points out that hundreds of court psychologist, legal experts and translators were employed at the International Criminal Court in The Hague, or at the International Criminal Tribunal for the former Yugoslavia. This gradually creates a wealth of expertise, and this is crucial. Heinsch is not surprised that a German Higher Regional Court lacks the capacity to deal with occasional mammoth trials of this kind. Establishing these competencies at a few courts, which have been well prepared to deal with special cases like this, could therefore be the appropriate response to the Stuttgart Rwanda trial, he says.

Heinsch refers to the Netherlands and Spain, where some courts have established special departments to deal with war criminals. The Federal Prosecutor’s Office in Karlsruhe has also set up a task force for international war crimes. However, Heinsch warns that we must also be patient. Measured in terms of a human life, he says, international criminal law has only just come of age, and "still has to acquire a lot of life experience."

Its next opportunity to do so will be in Karlsruhe on December 20.

If the supreme court confirms the 2015 ruling, it will become legally binding. If the judges find that mistakes were made, there will have to be at least a partial retrial.

Congo's Justice Minister Alexis Thambwe Mwamba has announced that one of the most wanted suspects in the 1994 Rwandan genocide has been extradited. Ladislas Ntaganzwa is to face trial in Rwanda. (20.03.2016)

Rwandan President Paul Kagame is poised to win his third term in office. A constitutional amendment allows him to stay in power until 2034. Some say he's a despot; others praise him for his accomplishments. (04.08.2017)