Rwandan President Paul Kagame is poised to win his third term in office. A constitutional amendment allows him to stay in power until 2034. Some say he's a despot; others praise him for his accomplishments. 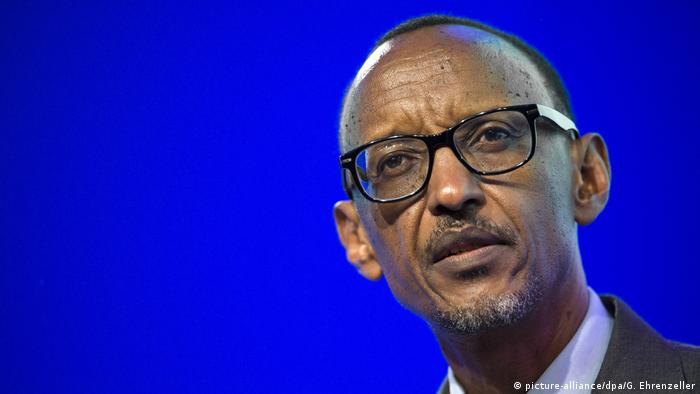 Rwanda's economic boom is particularly noticeable in the capital, Kigali: Workers install fiber optic cable for fast internet access and the south of the city will soon feature a new international airport.

Kigali is one of the safest and cleanest cities on the African continent. The architect of it all: Rwandan President Paul Kagame.

Former US President George W. Bush called Kagame "a man of action" when he was in office.

"I appreciate his commitment to education. And I want to thank you, Mr. President, for your understanding that the best way for an economy to develop is to welcome private capital," Bush said.

Kagame was "a visionary leader," according to a statement by British ex-Premier Tony Blair. 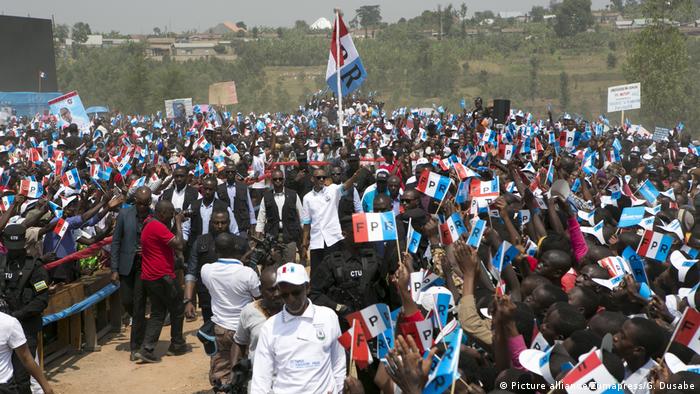 In addition to praise from international leaders, the numbers seem to be in favor of Kagame's approach: Since the turn of the millennium, the country's economy has been growing by about eight percent every year.

According to a World Bank study, Rwanda is ranked second-easiest place to do business in Africa.

Poverty is on the decline, 90 percent of the population has health insurance and infant mortality rates have dropped by two thirds since 1998.

Perceived corruption is the lowest compared to almost all other African countries. Women make up half the members of parliament.

But human rights activists have criticized that behind the facade of cleanliness and order lies a system of oppression. Police forces execute petty criminals without proper trials. Homeless people, toddlers and children living on the streets are put away.

The realm of politics is dominated by fear and intimidation: Members of the opposition have disappeared - they are arrested, forced into exile or killed.

"I don't feel safe," said Frank Habineza, an opposition candidate of the Green party, who ran against Kagame in the presidential elections.

"I can go for a run on the streets, but I can't run twice on the same street," he said. Habineza's deputy was hacked to death in 2010.

Rwanda's former intelligence chief Patrick Karegeya, who had sought refuge in South Africa, was found strangled in a hotel in 2014.

It could never be proven that the government had been involved in his murder, but a few days after news of his death broke, President Kagame said: "Treason brings consequences."

"Whoever harms Rwanda cannot safely escape," he said, adding that "God has given us goods and gave us force to protect them."

"Anyone who betrays our cause or wishes our people ill will fall victim. What remains to be seen is how you fall victim," he added.

Kagame has also voiced his thoughts on democracy: "The biggest problem Africa faces is not the lack of democracy, but poverty and the dependence which comes with underdevelopment," he said.

Politicians who could become a threat to Kagame's grip on power are not allowed to run in elections. Kagame brushes off criticism - especially the "arrogant" West is not to dictate what freedom means for Rwanda.

Only two candidates were allowed to contest the president in elections - the election commission barred the most promising opposition candidate from running.

From exile to the presidency

Kagame spent his formative years outside of Rwanda. Shortly before Rwanda became independent in 1962, he fled to neighboring Uganda with his mother when he was a toddler. His family belonged to the ruling Tutsi ethnic group, who had been favored by the Belgian colonial power. They feared revenge from the Hutu majority. At the beginning of the 1960s, Tutsis were indeed persecuted and killed.

Kagame was brought up in a Ugandan refugee camp where he developed a strong sense of justice and ambition. His goal was to end the Hutu leadership in Rwanda by applying guerilla tactics. As a young adult, he joined the revolution of Yoweri Museveni in Uganda and helped topple Ugandan dictator Milton Obote. Museveni became president - and the smart and firm Kagame became the head of the intelligence service.

There were a large number of Rwandan refugees in Uganda. Some had been given leading positions under Museveni. They founded the Rwandan Patriotric Front (RPF) which tried to weaken Rwanda with guerilla attacks. 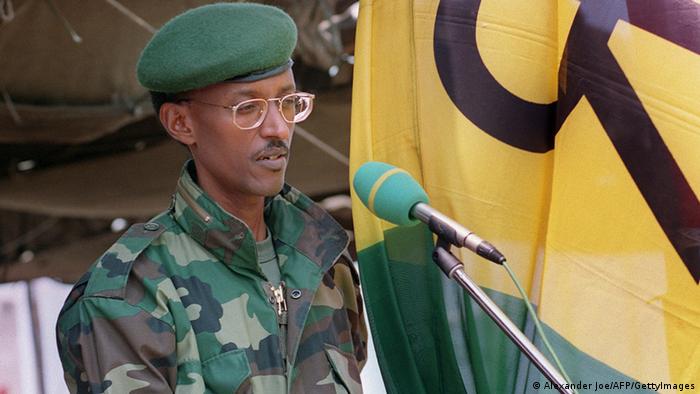 In 1994, the Rwandan Hutu elite stirred up hatred against the Tutsi minority. An estimated 800,000 Tutsis and moderate Hutus were killed in this genocide. For three months in spring 1994, soldiers and militias killed, looted and raped women and girls, before the RPF went into Rwanda to put an end to the atrocities. In July, the RPF seized Kigali under the leadership of Kagame, who had been trained in combat in the US and Cuba.

When the international community failed and even UN peacekeeping troops were merely passive onlookers, Kagame managed to stop the fighting. The Rwandan Hutu government fled to the neighboring Democratic Republic of Congo, which was called Zaire at the time.

Kagame came to power as 36-year-old guerilla leader. The country was in ruins, the treasury empty. When he started out, he wasn't at the center of power yet. With help from international donors, he poured money into education and infrastructure.

In line with Rwanda's transitional constitution, ministers of the national assembly elected him president with a 94-percent majority in 2000.

In 2003 and 2010, he was re-elected by the general public with a 95-percent and 93-percent majority, respectively. When he stood for re-election in 2010, he said this would be his last term in office. 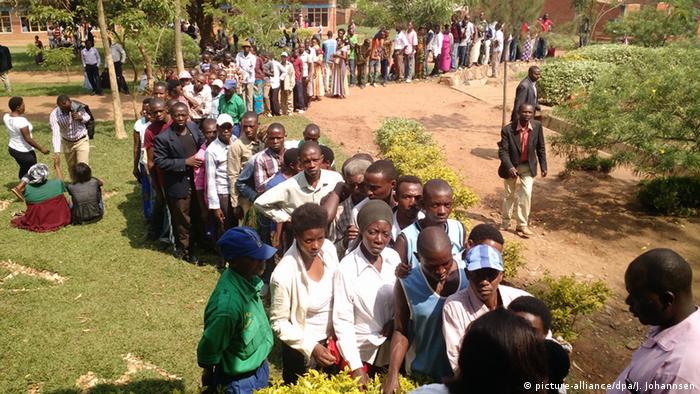 In 2015, Rwandans voted in favor of amending the constitution - Kagame could stay in power until 2034

However, there was a referendum in December 2015 to enable Kagame to run for another 7-year term and two 5-year terms, and 98.3 percent of voters said yes to that proposed constitutional change, which enables Kagame to stay in office until 2034.

The 59-year-old said during his election campaign this year he was happy that elections results are already known.

Kagame is still widely respected in Rwanda due to his ability to restore order after the genocide.

"A strong leader is not necessarily a bad leader," he said. "I don't know where we would be today if a weak leader had taken over this country."

With three weeks to go until elections, two politicians are challenging Rwanda's "big man." While most observers expect Paul Kagame to win, Greens candidate Frank Habineza and Philippe Mpayimana are vying for the post. (15.07.2017)