Rwandans are heading to the polls on Friday, but there won't be any surprises: President Paul Kagame is expected to win by a mile. Still, opposition candidate Frank Habineza has also been trying to mobilize support. 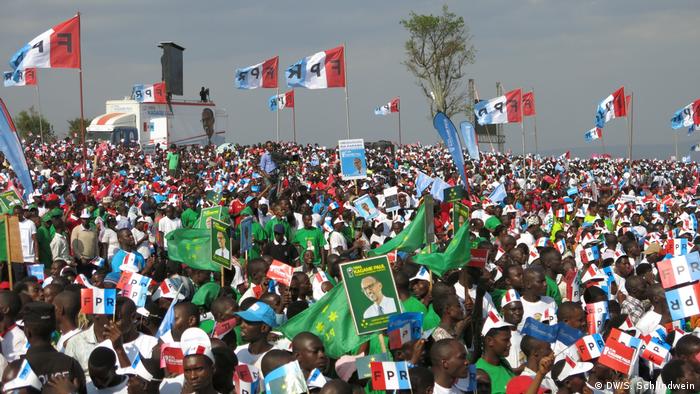 Two tents, a ramshackle stage and booming loudspeakers have drawn about a hundred people to the small village center. Young people sway to the music. Usually there's not much going on here in this village close to the Virunga Mountains in Rwanda's north. It's seen as a sensation that a presidential candidate comes all the way from the capital Kigali to give a speech.

40-year-old opposition candidate Franz Habineza of the Green Party is the star of the day. He is one of two candidates who have been approved to stand against President Paul Kagame, who has ruled the country for over 20 years with an iron fist, first as defense minister, then vice president and then - for the last 14 years - as president.

According to Rwanda's constitution, Kagame should not be eligible to stand again for office after two 7-year-terms. But in a 2015 referendum, Rwandans decided with a 98 percent majority that he was allowed to run for another term.

The two opposition candidates - Habineza and and independent candidate Philippe Mpayimana - don't stand a chance, but Habineza says it's a success that they can even run for president.

"At the beginning we thought we'd have to stop campaigning, because we were bullied and threatened," Habineza said. But he says he's now content - it was a long, hard struggle to even get the Green Party approved.

His party had wanted to field a candidate in 2010 - but they weren't even allowed to convene to found the party. Party members were threatened, Habineza's deputy was killed. 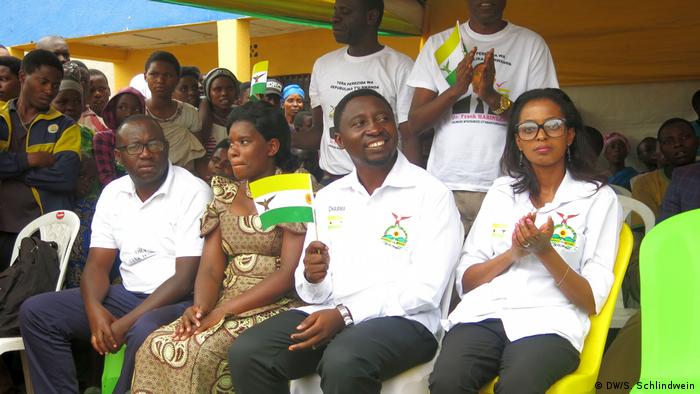 Habineza fled to Sweden for two years. It was only when he returned from exile in 2013 that he was able to register his party with the help of international players.

Still, the Greens don't really stand a chance of winning the elections. Habineza says he wants to show Rwandans a civilian alternative to Kagame's military rule.

On the first day of the election campaign in Rusizi District in the country's southwest, police and military forces closed off the center and told residents to stay indoors.

The next day, in Nyagatare in the country's east where many high-ranking members of Kagame's ruling RPF hail from, a district chief and devoted Kagame supporter ordered the Greens to hold their rally at a cemetery. No one came.

Youngsters reportedly threw stones at Habineza in Kirehe, another town in the east.

Intimidation is just one of the means used by the ruling party to secure votes for Kagame. Many Rwandans are afraid to speak up - instead, they express their criticism and disappointment in proverbs.

'Bread basket of the country'

Habineza knows the mountainous region very well - he did research here for his degree. As an environmentalist, he especially cares about agriculture. The majority of people here are farmers, especially in the Burera region in the north of the country where most of the inhabitants can only sustain themselves through farming. 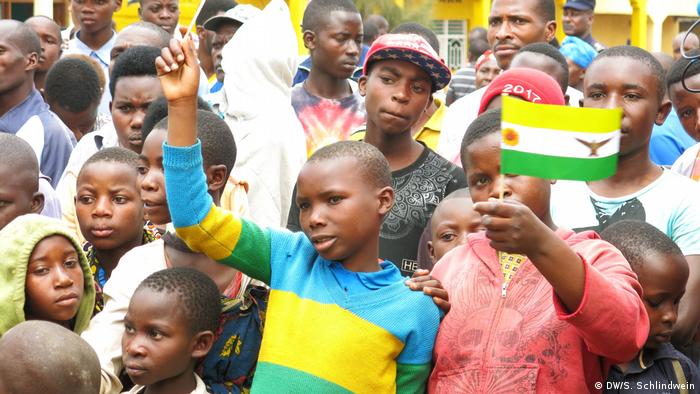 People in Rwanda's Burera District have come to greet Habineza

The soil here is fertile - "it's the bread basket of the country," he said. Even long before Rwanda's colonial times, farmers grew sorghum which they used to brew the traditional beer "Ikikage." The Hutu farmers from the north delivered this to the Tutsi king and his court in the south.

But under Kagame's agriculture reforms, farmers are now organized in cooperatives and are only allowed to grow certain monocultures. The government assigns the crops and hands out the seeds.

"The people can only grow potatoes and sugarcane, no more sorghum," Habineza said.

Post-genocide youth to vote for the first time

18-year-old Eric Tuyishime has joined the crowd. The student of computer sciences says that a few years ago, his parents used to grow sorghum and then brewed beer. But now, since they are no longer allowed to grow this staple, he decided to study and turn his back on his parents' farm.

Tuyishime is part of the young generation that was born after the genocide 23 years ago - they are allowed to vote for the first time this year. Half of Rwanda's population is under 25 years. 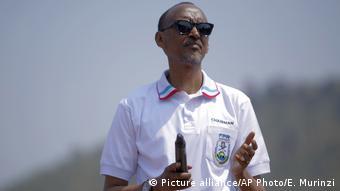 Kagame has been in power for over 20 years

It's a decisive moment for the ruling RPF party: For the older generation, the party is seen as Rwanda's liberation army that came from Uganda in the early 1990s to stop the genocide of one million Tutsi.

Guerilla leader Kagame likes to present himself as the only guarantor for peace and security.

"We know where we are coming from," he stresses during campaign speeches. When Rwanda's  top general speaks about the future, the horror of the past always reverberates, too.

But that approach is going to be increasingly difficult with a generation that has no first-hand experience of the atrocities.

Kagame, a master of the masses

On the last day of the election campaign, almost half a million people have come together on a hill near Kigali. Many are dressed in red, white or blue T-shirts - the colors of the ruling RPF - they wave small flags and sing and dance for President Kagame. It's a mass event to which youth clubs, boy scouts, women and students' associations were all encouraged to send busloads of their members.

Famous Rwandan musicians play for the crowds. It's the biggest mass event Rwanda has seen in decades. Kagame is a master when it comes to crowd psychology. 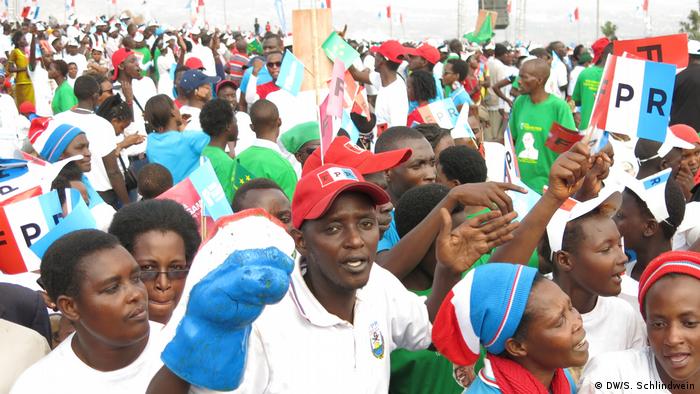 Kagame knows how to cater to his supporters

Claude Gabiro, 39, has come to join the crowd. He's wearing a Kagame T-shirt and is cheering for his candidate.

"I liked what he said about the democracies of the West," he said. Kagame has been critical of US President Donald Trump and about rumors of vote-rigging in the US.

"We have our own democracy - especially unity between ethnic groups - and we are proud of that," Gabiro said.

Kagame told his followers at the beginning of the election campaign that there was no question about the result. People should rather use the campaign to enjoy themselves and have a good time.

In two months' time, Rwandans will go to the polls to elect a new president, and according to the country’s electoral commission, the ground has been set for a smooth electoral process. (25.05.2017)