In two months' time, Rwandans will go to the polls to elect a new president, and according to the country’s electoral commission, the ground has been set for a smooth electoral process. 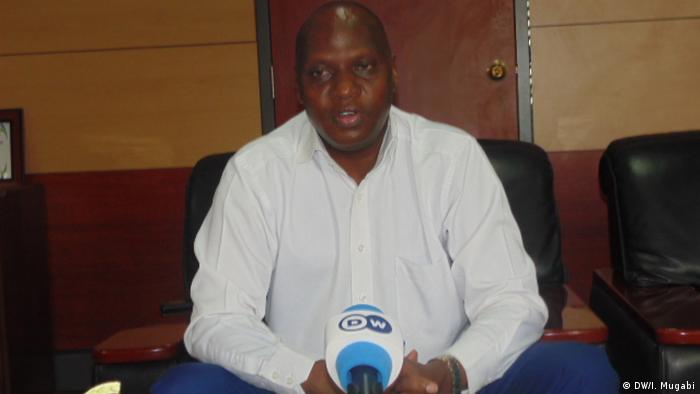 Last month, the European Union (EU) said that it will not send its observer mission for the August 4 elections for "lack of resources." But analysts think that the EU's decision not to send its observers was largely because it's going to be one man's race. Incumbent President Paul Kagame is expected to win again with a landslide victory, just like in the previous two elections.

In the 2003 and 2010 elections, Kagame won with a huge margin of 95 percent and 93 percent respectively. Opposition groups, in particular those in the diaspora, rejected the results. They accused the electoral commission of rigging the vote in favor of Kagame.

But in an exclusive interview with DW, the Executive Secretary of the Rwanda National Electoral Commission (NEC), Charles Munyaneza, downplayed fears that the vote will be rigged in favor of the incumbent, and welcomed other political parties as well as independent candidates to join the race. Kagame has been in office since April 2000, and is widely expected to win another seven-year term.

DW: When exactly will the elections take place and how far have you gone with the preparations?

Charles Munyaneza: We plan to have elections for Rwandans living in the diaspora on August 3rd and those within the country on August 4th. By mid July, we should have our final voters' registrations.

So far, our provisional register has slightly more than 6.7 million voters, which is more than what we had in the last election. We have new voters - who come to 1.7 million - who will be voting for a president for the very first time. We are focusing on the youth, some who have attained the voting age over the last few years. The campaigns will be taking place July 14 - August 3.

Isn't the time that you set for the campaign too short for smaller parties to enjoy enough support?

There are a number of reasons why. We have thirty districts, and Rwanda is not a very big country. If you want to campaign, looking at the geography and size of the country, you can campaign in more than two districts a day. Candidates have different methods that they can use to campaign. They can use the media or rallies, and they can even use their agents. It's not a must that candidates must be present. Importantly though, Rwanda is a country that is busy doing many things. People are busy in development activities, the farmers are busy in their gardens, and so are the businessmen. Campaigns bring everything to a stop. We felt that it's better to spare Rwandans' time.

Some politicians say that the ground is not leveled. What do you have to say?

When we talk of a leveled playing field, we refer to laws, regulations and enforcement on an equal basis. To be specific, for example, the public media is by law supposed to cover the candidates on an equal basis and by law. We also as NEC are expected to monitor to make sure that this happens. I don't see why they are saying that. But it may only differ in terms of the means and resources of the political party, which is normal.

But there could be instances where the candidate for ruling party RPF that is President Paul Kagame travels to a place in his capacity as President. What rules and guidelines are there that he does not campaign before the time set for the campaigns?

If he is going to be his party's candidate, the president will also be expected to campaign during the period that we set for campaigns. He will not be given any special privilege. I am sure that they know better when it comes to rules and regulations.

In the last election, President Kagame got more than 90 percent of the vote. But critics and observers alike felt that this was too big a percentage for the election to be deemed free and fair. Some even alleged that there was rigging, what do you make of such allegations?

That percentage would perhaps be strange for an outsider, not for a Rwandan. Someone who is not conversant with Rwandan politics and the way Rwandans view the candidates will surely find it surprising. Looking back at the way the party was mobilizing and the way the candidate campaigned because they [candidates] don't do it the same way, so I don't think it is surprising that he got those votes. This is going to be the third Presidential election since the end of the genocide against Tutsis. He has attained almost the same margin in the last two so it's not surprising.

In the 2010 election, did you or did you not rig the election?

Rigging is not part of our culture or morals. We cannot and we will never rig an election. The National Electoral Commission is a national commission and is not a commission owned by an individual. We are here to serve Rwandans; not individuals or political parties.

The Green Party says that the commission that you head has commissioners from each of the other parties except theirs. It made a formal request which you rejected. Why is that?

Let me state that we have commissioners here but when they are working here and performing their duties, they are not here to represent their parties. They may perhaps be belonging to some particular parties just like any other Rwandan, but by law they are impartial. They are here to execute duties in their own capacity and serve the commission. So saying that there is no representative from the Green Party is inaccurate. We have only seven commissioners and we have got eleven registered political parties which include the Green Party. It wouldn't be easy to have commissioners based on their parties because today we have eleven parties and we cannot predict how many we will have in future. In some countries, they have more than 200 political parties, so it wouldn't be viable to have commissioners to match the parties. We explained all this to the Green Party and told them that these appointments are not party-based.

How do you intend to monitor messages sent out by candidates especially on social media plaforms to curb what you people call divisive information?

In our regulations, we have put in some provisions, especially because this is the first time that we are going to have candidates using social media platforms to campaign. We have provided that before you pass on your campaign material to anybody using social media, you must show us that message at least 24 hours indicating the content, the person in charge of sending it out there and the channel that you are going to use.

How is that not censorship?

But that's not media.

You will agree that social media platforms play a big role in disseminating information, don't they?

Yes of course, all we look at is the message; we are not denying anyone the platform.

Anyway, which parties have so far confirmed participation in the elections?

We have 11 registered political parties that are legally registered in Rwanda and they all have a right to field a candidate. So far, none of these have made their interest public as yet so I can't readily tell you anything right now.

According to first indications, voters in Rwanda have approved a change to the constitution in a referendum. If confirmed, this will allow President Paul Kagame to extend his rule. (19.12.2015)

Diane Rwigara, a Rwandan women's rights activist, says she will stand against President Paul Kagame in the country's August election. She says she wants to fight injustice and encourage freedom of expression. (05.05.2017)

Rwanda's President Kagame confirms he will run for third term

In a televised New Year message, Paul Kagame said he would seek to extend his presidency by seven years, from 2017. The widely expected confirmation follows a successful referendum last month on constitutional changes. (01.01.2016)