Diane Rwigara, a Rwandan women's rights activist, says she will stand against President Paul Kagame in the country's August election. She says she wants to fight injustice and encourage freedom of expression. 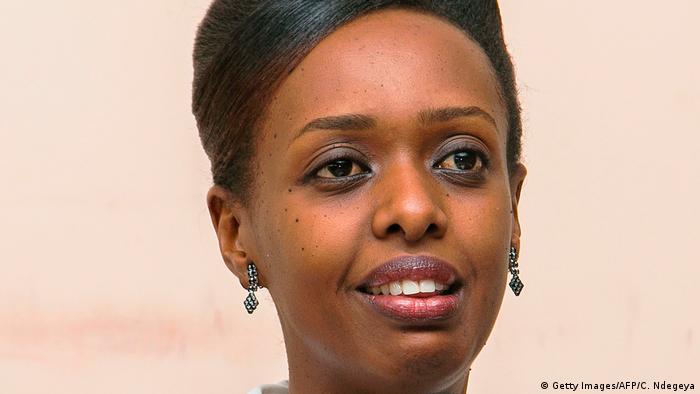 Thirty-five-year-old Diane Rwigara is taking a rare public stand against alleged government abuses from inside her country. Rwanda's government faces persistent accusations of human rights abuses despite its reputation for economic growth and stability. DW spoke to Rwigara about how she plans to solve the country's problems.

DW: You announced your decision to run for the presidency in the coming elections. What inspired you to do it?

Diane Shima Rwigara: Right now in Rwanda there are a lot of things going on that are not right. In many sectors there is poverty and a very high unemployment rate, especially among the youth. There is injustice; there is a lack or little security for many Rwandans. And all those issues pushed me to want to do something about it, because the people who are supposed to be addressing them - those in higher positions - are not doing so.

You've mentioned injustice and poverty. How exactly do you plan to solve that problem?

How would you describe the political environment towards the coming elections? Are you confident that every candidate will get an equal chance?

I'm optimistic that our government will realize that things cannot go on the way they are. You cannot keep people in bondage for too long. I hope that these candidates will be given a chance to campaign and expose our ideas and that the elections will be fair and transparent.

You are only around 35 years old. Don't you think your 'experience' could be a hindrance in challenging a seasoned politician like President Paul Kagame?

I believe that the longer you are in politics, the more you lose touch with the people. People make it sound like it's such a hard thing, but politics is understanding the issues of the country. I have gone through hardships in my own life. I've seen people around me go through hardships under this regime. Who can better address an issue than the person who has been around people and seen what is going on?

Diane Rwigara is a Rwandan women's rights activist who hopes to challenge President Paul Kagame in the August elections.

The Rwandan opposition has suffered a setback in its attempt to foil Paul Kagame's bid to remain president for a third term. The Supreme Court ruled that the constitution may be amended to allow Kagame to run in 2017. (08.10.2015)

The US government has said it is "deeply disappointed" with Rwandan President Paul Kagame's decision to run for a third term in office. Kagame has maintained that the Rwandan people want him to continue his rule. (03.01.2016)