Out of 15 African countries which held elections in 2016, power changed hands only eight times. That's according to the Mo Ibrahim Foundation. All eyes are set for the remaining elections this year. 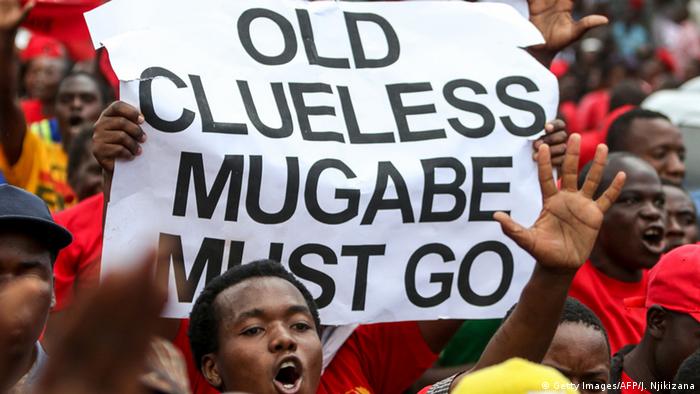 President Pierre Nkurunziza of Burundi ran for a third term in 2015 despite a controversy over whether he was eligible to run again. The opposition boycotted the vote and Nkurunziza won. But his re-election led to an outbreak of violence that has killed hundreds and forced more than 400,000 people to flee, according to the UN refugee agency UNHCR.

Rwanda's President Paul Kagame, who has been in office since 2000, changed his country's constitution which allowed him to run again in an election scheduled later this year. The changes mean Kagame could stay in power until 2034.

There is an ongoing crisis in the Democratic Republic of Congo after President Joseph Kabila moved the elections scheduled for December last year to 2018.

Uganda's President Yoweri Museveni came to power in 1986 after leading a rebellion against General Tito Okello, upon assuming the leadership of the east African nation, Museveni infamously said: "Africa is tired of leaders who cling to power against the wishes of the masses."  However, in 2006, he changed the constitution to enable him run for a record fifth term. Museveni won the 2016 election but key opposition leader Kizza Besigye contested the result. A supreme court later declared the election to be free and fair. Museveni, 72, could become 'president for life' if a request by his ruling National Resistance Movement to remove presidential age limits succeeds. 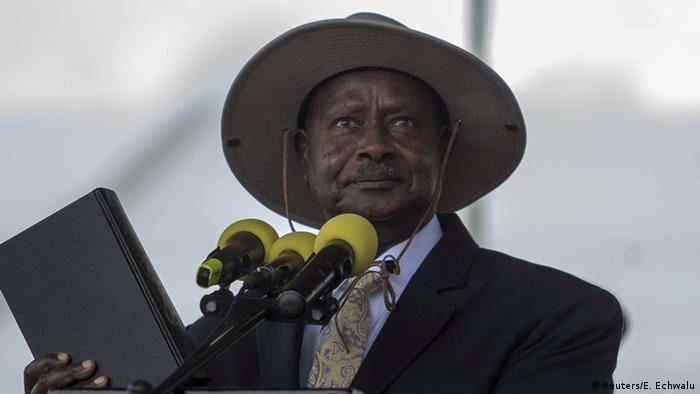 "Museveni was my hero," said Festus Mogae, former President of Botswana and an Ibrahim Prize holder, in an interview with DW. "But he is an example of people who spoil the good work they have done by overstaying [in power]. Now  Museveni is a different Museveni, he talks a different language." Mogae was one of the guests attending the Mo Ibrahim Foundation good governance weekend recently held in Marrakesh.

"It's going to be an absolutely frank discussion," said Ibrahim in his opening remark. "We are going to be politically incorrect as usual," he added. For two consecutive years, Ibrahim's Foundation has been unable to find a perfect candidate for the Mo Ibrahim Prize for Achievement in African Leadership. The winner is awarded $5 million (4.7 million euros) over ten years plus a $200,000 annually for life.

So far, handing over power has been one of the most difficult decision for African leaders since there are less financial supports and assurances against political indictments once they are out of office.

Since its inception in 2007, the Mo Ibrahim Prize has been awarded to only five laureates. They include former South African President Nelson Mandela and Joaquim Chissano of Mozambique.

To qualify for the award, a leader must have left office in the last three years and must have developed his country, strengthened democracy and human rights and pave the way for "sustainable and equitable prosperity".

The foundation's annual governance weekend provides a platform for governments and non-state actors to interact and debate some of the reasons why African leaders stay longer in power. None of the leaders accused of clinging on to power attended the forum. But Ibrahim uses every opportunity to pass his message. 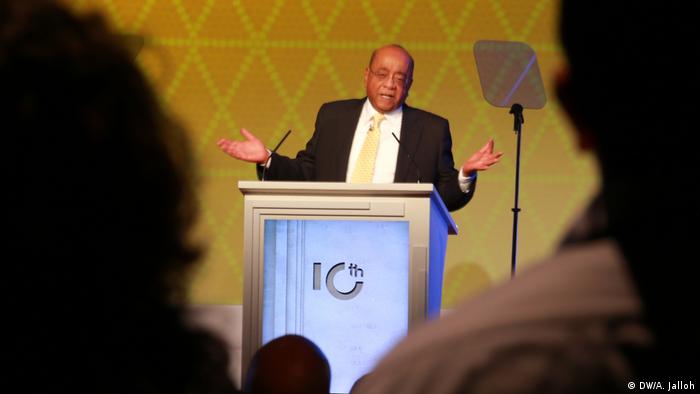 "I was speaking to a prime minister at a summit in Switzerland the other day," said Ibrahim as he began a narrative of his interaction with an African politician, whom he did not name. "He said he was going to adopt the Chinese business model in his country. I asked him what the size of his country's population was. He said seven million. I laughed and told him China has a population of 1.2 billion people. Do you think a business model for that amount of people would work for your country? He had no further response."

The tide is however changing. Ghana, lauded as one Africa's beacon of democracy held elections last December with a smooth peaceful transition thereafter. This year, there are five presidential elections scheduled to take place in Africa. Kenya is going to the polls on August 8. Liberia, Libya, Rwanda and Somalia all have upcoming presidential elections as well. Sierra Leone has postponed its general elections to early 2018. President Ernest Bai Koroma's reason for the postponement was the outbreak of the Ebola virus. The leader of the small west African state struck his name off the ballot papers as speculations grew that he intended to run for a third term.

The focus once again will be on which president will leave office honorably if they are defeated. It took military intervention to force Gambia's Yahya Jammeh out of office after his shocking loss to incumbent President Adama Barrow. Sudan's President Omar al-Bashir has revealed he will step down in 2020 after his term expires but that remains to be seen.

Cape Verde is a model African democracy with a tradition of peaceful political transition in its 40 years of independence. The next such change could now be due, with parliamentary elections to be held on Sunday. (18.03.2016)

Botswana is the official co-host at Germany's ITB tourism trade fair in Berlin. Philipp Sandner reviews an African country that has found peace and prosperity which escaped others elsewhere on the continent. (08.03.2017)