West Africa's regional bloc ECOWAS was able to exert huge pressure on Gambian ruler Yahya Jammeh and force him to step down. Other African regional blocs don't have ECOWAS's clout. 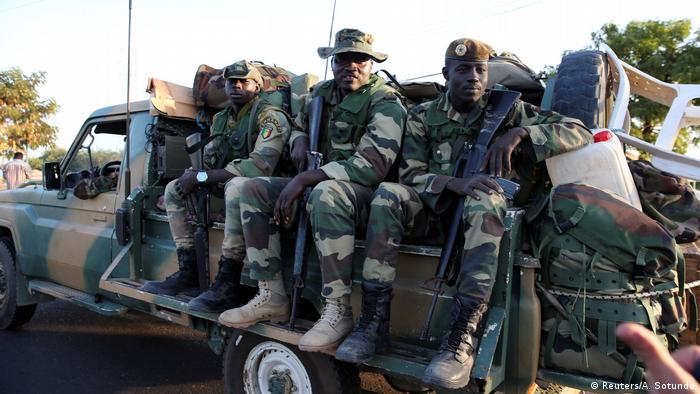 In Zimbabwe, media consultant Reyhana Masters is avidly devouring WhatsApp content from The Gambia. Zimbabweans are also busy debating with one another on Twitter. "What would happen, if...," they ask while casting envious glances in the direction of The Gambia where longtime president Yahya Jammeh has just vacated his post, making it possible for a new leader to take office.

President Robert Mugabe has been in power in Zimbabwe for the last 30 years. Elections are due in 2018 and Zimbabweans are already discussing whether events in The Gambia are grounds for hope that a change at the top in their country could be forthcoming as well. They also wish that "tough measures" will be taken in Zimbabwe too, should the elections prove to be unfair, Masters said.

The West African regional bloc ECOWAS resorted to "tough measures"  in order to force the Gambian leader Yahya Jammeh out of office. At the presidential elections in December 2016, Jammeh's rival Adama Barrow unexpectedly won the poll by 50,000 votes. Jammeh hung on to power until ECOWAS troops entered the country. After protracted negotiations, Jammeh finally gave in at the weekend and went into exile. Barrow can now assume the office to which he was democratically elected. 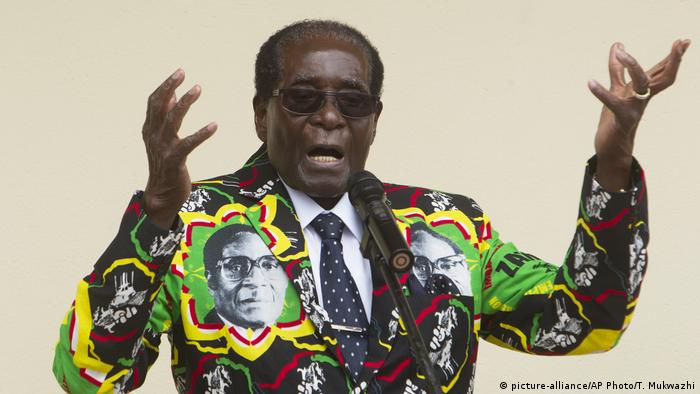 Mugabe, who turns 93 in February, has ruled Zimbabwe since independence in 1980. He has shown no inclination to hand over power to a younger successor

Could other authoritarian leaders in Africa shortly be sharing the same fate as Jammeh? "I don't think many autocrats are casting nervous glances at The Gambia," Christof Hartmann, a researcher on ECOWAS at the University of Duisburg-Essen, told DW. The conditions under which the ECOWAS intervention took place were specific to The Gambia. The intervention was uncomplicated because of The Gambia's small size, among other things. "The Gambia is a tiny country without an army which could put up a fight," Hartmann said.

"We need ECOWAS in southern Africa," tweeted Zimbabwean lawyer Fadzayi Mahere this week. But the equivalent regional bloc responsible for southern Africa is SADC, which has failed to usher in change in Zimbabwe. "The region has always handled Mugabe with kid gloves," Reyhana Masters said. In the past, Mugabe himself has been the chair of SADC and the president of the African Union (AU). It is highly unlikely that SADC would take action against the Zimbabwean dictator.

The East African Community (EAC) also doesn't interfere in the activities of authoritarian rulers like Burundi's Pierre Nkurunziza. The EAC has no alternative, Hartmann said. Whereas ECOWAS is permitted to intervene if the ruler of a member state behaves undemocratically, the EAC has no formal mandate to get involved in domestic politics. 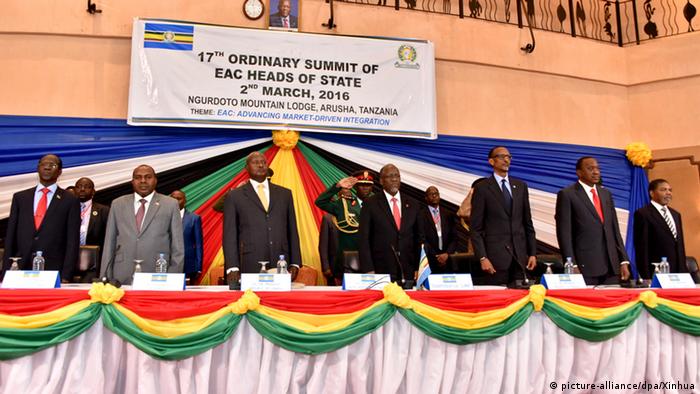 Peter Penar from Michigan State University believes there is also another reason why ECOWAS succeeds where other regional blocs fail. West Africa's most powerful government leaders, Nigeria's  Buhari, Ghana's Akufo-Addo, Senegal's Sall, Liberia's Johnson-Sirleaf and Ivory Coast's Quattara all came to power after spending time in opposition. "West Africa now has a 'coalition' of former opposition leaders. East Africa doesn't," Penar said. Kagame (Rwanda), Museveni (Uganda) and Nkurunziza (Burundi) have all been in power for a long time. "It is difficult to imagine change at regional level when the national leaders themselves don't change," Penar told DW.

Hartmann also considers movement on this front in East Africa unlikely. But the transition in The Gambia is highly significant nonetheless. "It shows that the African community of nations is taking its commitment to democracy seriously and is prepared to go to considerable lengths in the process," he said.

Abu-Bakarr Jalloh contributed to this report

President Adama Barrow has appointed as deputy leader a woman who had vowed to prosecute exiled leader Yahya Jammeh. Barrow, still in Senegal, said the appointment was designed to address gender imbalance. (24.01.2017)

Yahya Jammeh's departure leaves The Gambia in a conundrum. If he is punished for his crimes, it could deter other dictators from leaving. But not doing so means giving credence to impunity, says DW's Abu-Bakarr Jalloh. (23.01.2017)

With Jammeh gone, Gambia's future still 'up in the air'

Yahya Jammeh has left The Gambia for Equatorial Guinea and President Adama Barrow is set to return. Analyst Peter Penar told DW that there are still many hurdles facing the small West African country. (22.01.2017)