Cape Verde is a model African democracy with a tradition of peaceful political transition in its 40 years of independence. The next such change could now be due, with parliamentary elections to be held on Sunday. 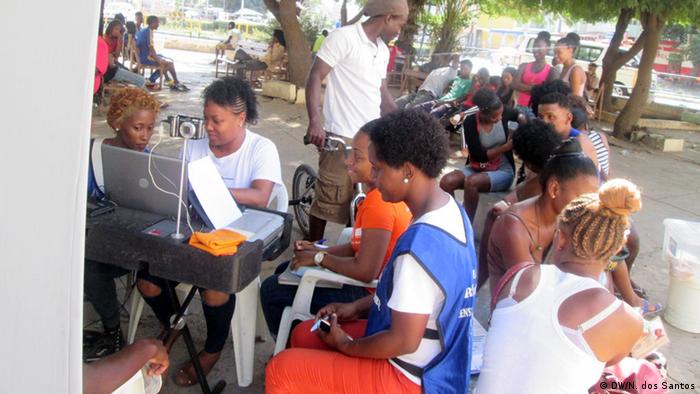 Young and female - this is a rare combination among politicians within Africa's ruling parties who are running for election. On the West African archipelago Cape Verde, 37-year-old Janira Hopffer Almada is the complete opposite to those African heads of state who have clung to power for decades.

Since December 2014, Hopffer Almada – a previous minister for youth - has been at the head of the African Party for the Independence of Cape Verde (PAICV), an offshoot of the former liberation movement. PAICV would like to see Hopffer Almada as the next prime minister, succeeding party colleague Jose Maria Neves who has held the post for the last 14 years.

Should Hopffer Almada succeed, she would be the country's first female prime minister. Howewever, many islanders blame the PAICC for Cape Verde's economic woes. 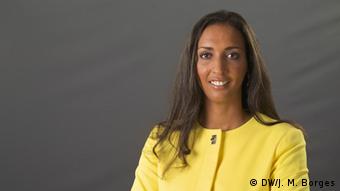 According to the World Bank, national debt has more than doubled from 36 to 81 percent in the period 2008-2013. Unemployment is put at 16 percent; it is particularly high amongst the young.

Janira Hopffer Almade has put a "new economic agenda" at the center of her election campaign. It foresees the creation of up to 25,000 new jobs, assisted, she hopes, by positive developments within the three strategically important sectors tourism, agriculture and fishing, as well as on more growth generated by the private sector. "We want to improve the climate for business and regulate the economy so that there is more competition," the PAICV candidate says.

Her main rival, Ulisses Correia da Silva, has gone even further, promising 45,000 new jobs within the next five years. He heads the Movement for Democracy (MpD). Since the end of the one-party regime in Cape Verde in the early 1990s, the conservative MpD has been the main opponent of the social democratic PAICV.

Until the end of 2015, Ulisses Correia da Silva was mayor of the capital Praia. The MpD is also the party of the president, Jorge Carlos Fonseca, but in the archipelago's political system, the president's role is largely representative, above party politics.

For the MpD the economy is also at the top of its campaign agenda. "Our goal is an annual growth rate of 7 percent. This is necessary so that sustainable "quality jobs" can be created and poverty reduced," says Ulisses Correia da Silva. "This means we must have a good business environment - which, in turn, means taxes must be cut and bureaucracy slimmed down and made less hostile to the economy."

Correia da Silva also wants to slash national and foreign debts, both of which have spiraled out of control in recent years. 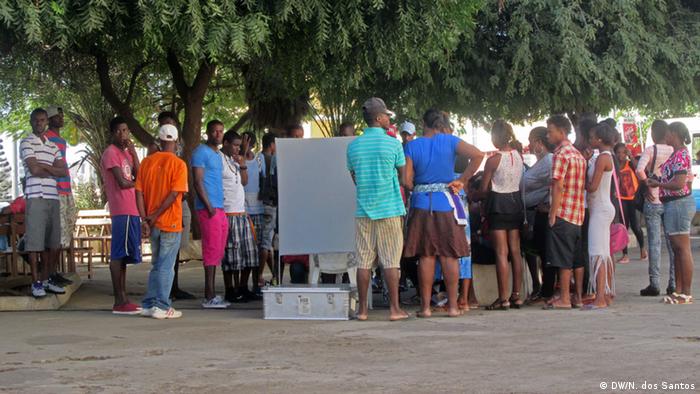 35,000 Cape Verdeans are entitled to vote on Sunday

No stranger to democratic change

The third party represented in parliament is the Democratic and Independent Cape Verdean Union (UCID) but its members occupy only two of the 72 seats.

In the past, Cape Verde has experienced two peaceful changes of power between the government and opposition. 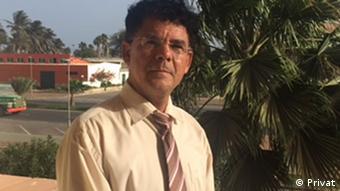 After the first free elections in 1991 the PAICV relinquished power to the MpD. This was followed in 2001 by a change in the other direction.

"Here in Cape Verde, there have been no deaths as a result of political conflicts. There is no comparision with what happens on the African mainland," said Cape Verdean political scientist Julio Lopes. It is indeed unusual for Africa that election results are accepted and implemented without further ado.

However, Julio Lopes has less praise for Cape Verde's political system. "In my opinion, there is a strong tendency for political forces to use their power for their own ends. They use institutional resourcesfor the benefit of their parties or their candidates," he criticizes. "In this respect we do less well than Europe. I would say we are more on a level with Latin American countries," he concludes.

All the signs are that it will be a peaceful election on 20 March when 350,00 registered voters elect a new parliament.

The Cape Verde Islands are a key nesting area for loggerhead turtles. But the species is endangered as a result of hunting and mass tourism. On the island of Sal, SOS Tartarugas takes care of turtles - big and small. (06.11.2014)