With three weeks to go until elections, two politicians are challenging Rwanda's "big man." While most observers expect Paul Kagame to win, Greens candidate Frank Habineza and Philippe Mpayimana are vying for the post. 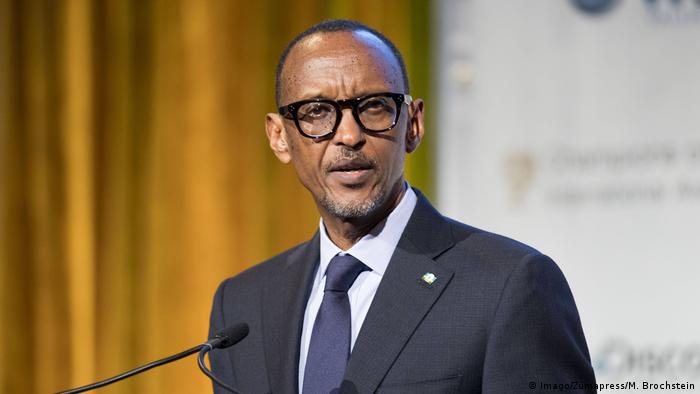 The results for the August 4 elections are already clear, President Paul Kagame told supporters at a rally. He is Rwanda's most popular candidate and in 2010, he garnered 93 percent of the votes. "I am happy that we already know what the results are because that decision was made in December 2015," Kagame said.

Kagame was referring to a constitutional referendum which allowed him to stand for a third term. Unlike in neighboring Burundi, the Democratic Republic of Congo, or Congo Brazzaville, there were no street riots in response to his third term bid.

Read more: Rwanda: Elections 'will not be rigged'

Kagame has been in power for 17 years. First as the transitional president and later through a popular vote. De facto, observers say, he has been in charge since the end of the Rwandan genocide in 1994, when Kagame took up the post of vice president and defense minister. 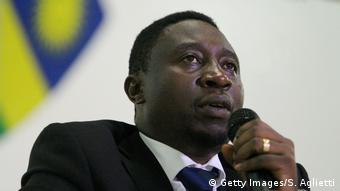 Kagame's challengers, Frank Habineza and Philippe Mpayimana, are both younger players on the political scene.

The environmentalist Habineza, a former assistant to Rwanda's minister of lands and environment, founded the Democratic Green Party in 2009. While his young party has faced criticism for alleged foreign influence, they have also been a victim of numerous threats in recent years. The party's vice-president, Andre Kagwa Rwisereka, was murdered shortly before elections in 2010.

"We want to ensure food security, we thank the government for security but we want to revamp and bring in new things," Habineza told potential voters, while promoting his "zero hunger" agenda.

Read more: Opinion: Rwanda's presidential election, an exercise in democracy or a sham?

Meanwhile, independent candidate Mpayimana was received by a small number of curious cyclists, women and journalists in the Eastern Province. They surrounded him as he talked about his plan to improve on social welfare through tax reduction.

"I will put the rights of small scale business people at the forefront because what they are trying to do is to support their families. I cannot for instance ban taxi cyclists when I have nothing to offer to improve their families' welfare."

The former history teacher recently joined politics to show Rwandans that they should not fear politics and take them a step further toward democracy and freedom of expression, he told the Rwandan paper, The New Times. 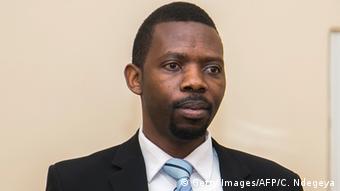 As an independent, Philippe Mpayimana is a relatively new face

Three other candidates were disqualified from running, including the only woman, rights activist Diane Shima Rwigara.

While Kagame does have a great deal of support within the country, a section of Rwandans were not happy with promises made by any of the presidential candidates. They said that no one has the policy to alleviate poverty and that the gap between the rich and poor continues to grow.

"Nobody is happy to live in bad conditions when there's an alternative," one woman told DW. "You apply for a loan and the bank asks you for collateral. The loans are given to people with houses and the cars. All we want is funding. They should stop giving us empty promises. We are ready to work but there no job opportunities."

Another resident expressed similar concerns. "I work for so little as someone who carries around other people's luggage. And I am expected to use that to support an entire family." 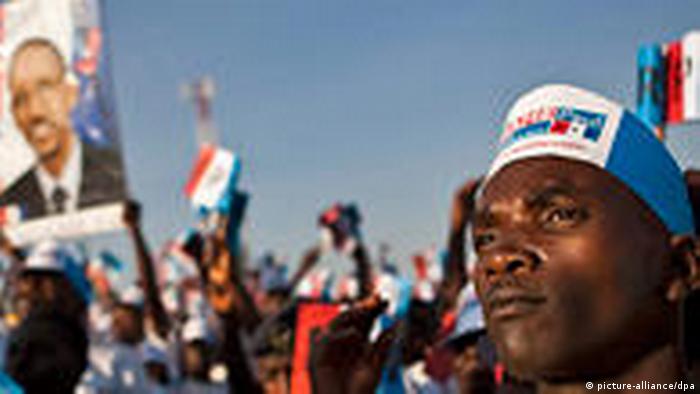 While this year's election has attracted criticism from donors, human rights organizations and social media critics, Kagame is also seen by many as a stabilizing figure for the country. Although Rwanda's budget still largely depends on aid (30 - 40 percent in 2015), it has stable economic growth rates of 8 percent and has achieved several of its development goals such as reducing poverty levels and improving gender equality. Nevertheless, more than two-thirds of the population still lives below the poverty line.

Human Rights Watch and Amnesty International have both accused Kagame's government of creating a climate of fear through attacks on political opposition, independent media and human rights defenders.