German serious crimes police arrested two alleged former Syrian secret service agents on charges of crimes against humanity committed in Syria. Both men are accused of torture, and one is also accused of murder. 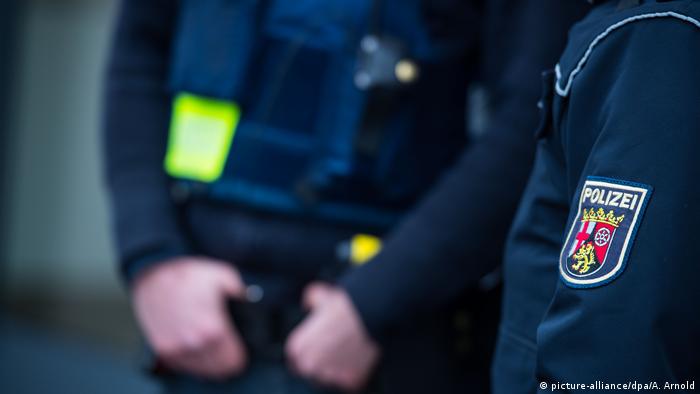 Germany's investigative police force (Bundeskriminalamt) has arrested two alleged former employees of the Syrian secret service suspected of having committed crimes against humanity while working for the intelligence service in Syria.

Federal prosecutors said the two men, 56-year-old Anwar R. and 42-year-old Eyad A., were arrested by federal police in Berlin and Rhineland-Palatinate state respectively. The arrest of the two men came after French authorities apprehended a third Syrian man near Paris.

Prosecutors said that Anwar R., a high-ranking member of Syria's General Intelligence Service, is accused of participating in the abuse of detainees at a prison he oversaw in Damascus.

As lead investigator, the man allegedly ordered the use of systematic and brutal torture on anti-government activists between the end of April 2011 and the beginning of September 2012.

Eyad A., prosecutors said, was part of a unit that arrested hundreds of activists and brought them to the prison run by the other suspect.

Between the beginning of July 2011 and mid-January 2012, Eyad A. is suspected of helping to kill two people and torture and physically abuse at least 2,000 people.

Prosecutors said the Syrian regime has been using brutal force to suppress all opposition activities critical of the government throughout the country since April 2011, and the Syrian secret services played an essential role.

Syria summit: What Germany wants, and how it might help

Turkish, Russian, French and German leaders are gathering in Istanbul to discuss the future of Syria. Germany has clear objectives — and perhaps more to offer than you might think. (27.10.2018)

Chancellor Angela Merkel has shed some light on Germany's position as tensions flare in Syria. She said Germany stood ready to assist its allies, but that Germany's military would not be involved. (12.04.2018)