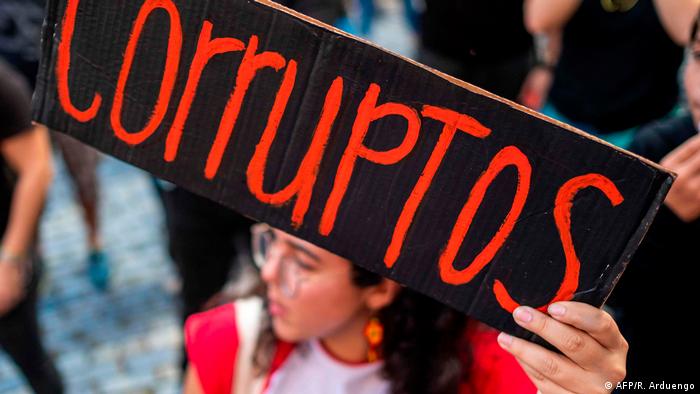 The governments of the top world economies are struggling to combat corruption, according to a report Thursday by graft watchdog Transparency International (TI).

The report noted that countries where political party financing and elections are open to influence from special-interest groups were less able to combat corruption.

'Clear link between corruption and instability'

The lowest-ranked countries in this year's index — Somalia, South Sudan, Syria and Yemen — are all areas caught up in violent conflicts and political instability.

"Unfortunately, those countries are in turmoil and in violence and war. Which shows us clearly the link between corruption and instability," Marwa Fatafta, TI's regional advisor for the Middle East and North Africa, told DW.

When broken down by region, sub-Saharan Africa fared the poorest in terms of corruption. Mokgabo Kupe, TI's regional coordinator for Southern Africa, said part of the problem is that foreign companies attracted by the region's mineral wealth are not investing their profits back into the local economy or in development projects.

"Where does that leave African economies? I think for the most part a lot of them are really struggling. There are not a lot of resources for health care — much less for anti-corruption," Kupe told DW.

Malta and Brazil in spotlight

Transparency International warned that corruption is "weakening democracy" and "undermining the rule of law" in Malta and Brazil.

Malta dropped several points this year to land a score of 54, with the report accusing the Maltese government of "dragging its feet" in investigations into the murder of journalist Daphne Caruana Galizia — who was killed in 2017 by a car bomb while investigating graft.

The report also slammed Brazilian President Jair Bolsonaro for his "growing political interference with anti-corruption institutions." The right-wing leader was elected in 2018 after campaigning for anti-graft measures, but his tenure has seen numerous "setbacks" in anti-corruption and legal frameworks.

What is the Corruption Perceptions Index? The CPI ranking is a global index that measures perceived public-sector corruption in 180 countries. The scores are generated based on surveys with experts and business executives. Countries are given a score between zero and 100, with zero indicating a highly corrupt public sector and 100 indicating a "very clean" one.