Investigative platform The Intercept has revealed that the much-lauded anti-corruption campaign has been less impartial than it should be. It may have even thwarted ex-President Luiz Inacio Lula da Silva's candidacy. 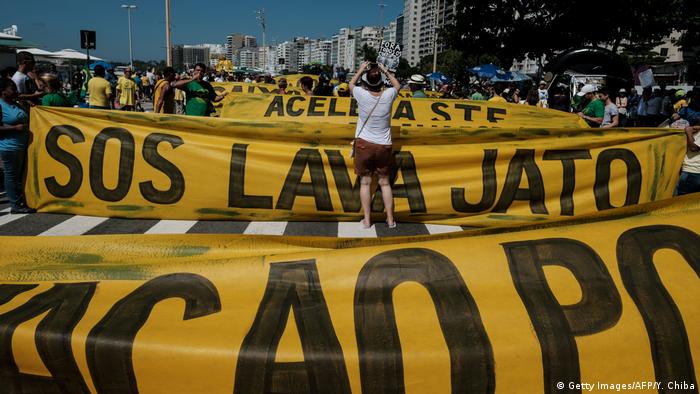 Over the course of the past five years, Brazil's so-called Operation Lava Jato (car wash) brought to light the country's biggest-ever corruption scandal and led to the incarceration of several powerful businessmen and politicians. The most prominent lawmaker to be convicted and jailed was Brazil's former President Luiz Inacio Lula da Silva, who was found guilty of having embezzled billions.

The thorough anti-graft investigation turned Brazilian public prosecutors, and above all federal judge Sergio Moro, into national heroes. Indeed, Operation Lava Jato was even likened to Italy's milestone anti-graft investigation, Operation Mani Pulite (clean hands), during the 1990s. Many people in Brazil were glad to see something finally being done to weed out rampant corruption.

Butleaked chat conversations between judge Moro and public persecutors, published by investigative platform The Intercept, revealed that everything was not quite as it seemed.Lula supporters' suspicions that Operation Lava Jato was orchestrated to damage their political idol appear to have been confirmed.

Therevelations show that judges and public prosecutors collaborated, which is illegal. They reportedly did everything in their power to prevent Lula from running in the 2018 presidential race. Newly elected President Jair Bolsonaro even made federal judge Moro his justice minister. And the by-now famous public prosecutors had apparently planned to hold several lucrative talks to cash in on their fame.

Sociologist Demetrio Magnoli tells DW that the collaboration constitutes a criminal act. He says the revelations document "illegal collaboration between the public prosecutors and the federal judge, Sérgio Moro. Moro was the one who orchestrated the judicial process and media circus." The leak shows that Moro told the public prosecutors when to investigate whom, how to deal with crown witnesses, and how to present the findings in the media. 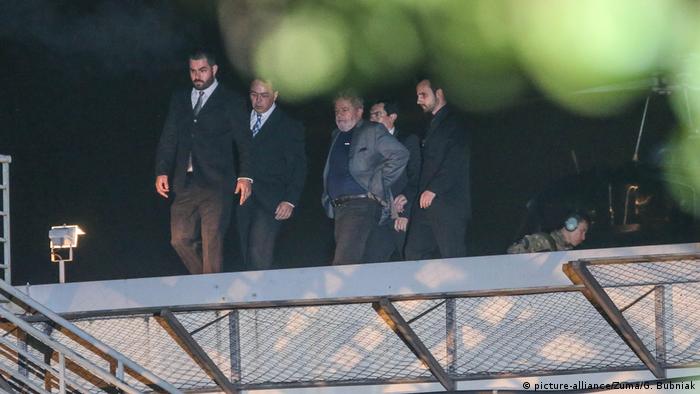 It is no secret, meanwhile, that The Intercept – run by US journalist Glenn Greenwald – opposed Operation Lava Jato from the get-go. Even so, all that matters is whether "what they have published is true," says Magnoli. "And everything seems to indicate this is the case," he adds. Because, according to Magnoli, neither Moro nor the prosecutors have denied the authenticity of the chats.

They have, in turn, claimed that their chats were hacked and therefore constitute illegal and thus inadmissible evidence. But Magnoli dismisses this as speculation intended to criminalize their opponents. He says the leak "could have just as easily originated from other sources, for instance from the prosecutors, who are known to be split into rival camps."

All this should give Brazil's internal judicial control mechanism grounds to launch an investigation and for the top court to critically examine Moro's rulings. "But I doubt this will happen, because throughout Brazil hatred of corruption is widespread. So the political climate protects them," says Magnoli.

But political scientist Ricardo Ribeiro, who works for business consulting firm MCM-LCA Consultores, is more optimistic. He thinks Brazil's top court may investigate controversial rulings, after all. He says the question will be how the judiciary will treat the chats, which were leaked under obscure circumstances.

In the coming weeks, Brazil's top court will mull over Lula's demand to reverse Moro's judgment for failing to honor the principle of impartiality. But even if it was overturned, this would not automatically exonerate Lula. Magnoli says that "you do not have to believe in Lula's innocence to knowledge that Moro and Operation Lava Jato have broken the law."

Even so, Moro is in a strong position. Political scientist Sergio Praca tells DW "when the leaks were published, I thought public pressure would force him to resign." But the opposite happened, he says. "The Bolsonaro-Operation Lava Jato alliance has grown stronger, and now the president can under no circumstances fire Moro."

Moro cannot be forced to resign by Congress or the judiciary. "Only the president has the power the name minsters," Ribeiro underscores. Adding that while Moro has lost some of his political standing, he nevertheless remains popular. And, he says, Brazil's government depends on Operation Lava Jato's positive image to bolster its own standing.

The leak has further polarized the political camps in support of and opposition to Operation Lava Jato. "Anyone who rejected the investigation now has additional reasons to oppose it," says Ribeiro. And by the same token, "anyone who supported the investigation is continuing to do so." He says that while a majority of Brazilians feel Moro and the investigation have acted wrongfully, "they still support the sentences handed down."

Even so, Ribeiro says, the anti-graft drive has lost steam recently. He says the latest ruling by Dias Toffoli, the president of Brazil's top court, to limit the use of data belonging to the Finance Ministry's anti-money laundering squad underscores this.

This step, incidentally, was requested by none other than the president's son, Flavio Bolsonaro, who has been involved in dubious financial transactions. It means that almost all ongoing Operation Lava Jato investigations are being blocked.

"The step comes at a time when doubts over Operation Lava Jato are being raised. And it certainly played a role that this is about the president's son. All this made it easy for Toffoli to make his decisions," says Ribeiro. Currently, it appears that Brazil's top court poses a greater threat to the anti-graft investigations than Greenwald's leaks. Even though general prosecutor Raquel Dodge has objected to Toffoli's decision, and expressed concern it could damage Brazil's international reputation.

This is another aspect where Operation Lava Jato and Italy's Operation Mani Pulite have something in common. The latter "destabilized Italy's political system to such an extent that populist Berlusconi could take power. And in Brazil, Operation Lava Jato paved the way for Bolsonaro's takeover," says Ribeiro.

Political scientists Sérgio Praca says "the most shocking thing is that it is now clear how biased Operation Lava Jato was. It was all about preventing Lula's candidacy. That is anti-democratic."