Brazil's ailing economy and rampant crime and corruption may have contributed to some voters' decision to cast their ballots for the far-right Jair Bolsonaro, Hildegard Stausberg writes in this guest commentary. 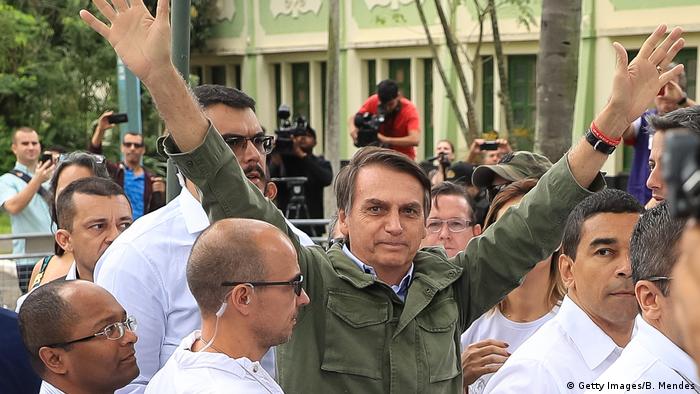 On Sunday Jair Bolsonaro won the second round of Brazil's presidential election, taking 55 percent of the vote. International media highlighted Bolsonaro's long history of racism, misogyny and homophobia, and his praise for — and service during — Brazil's 1964-85 military dictatorship. Despite all this, a majority of voters backed him at the polls in the election's final round. Does that make them all racists, misogynists, homophobes or enemies of democracy? Hardly.

With a gross domestic product of $2.1 billion (€1.85 billion), Brazil's economy is the world's ninth-largest, and domestic and international markets responded positively to Bolsonaro's victory. The price of some shares rose by over 4 percent, and the real traded at its highest level since May. Brazil's currency had already gained about 10 percent in previous weeks against the US dollar. Many voters were fed up after years of economic recession. 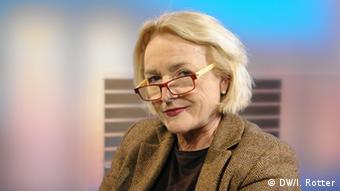 Stausberg worked as a South America correspondent and reporter for the Frankfurter Allgemeine Zeitung and served as foreign affairs editor for Die Welt. From 1994 to 1999, she was editor-in-chief of DW's foreign-language radio programming.

Some voters chose Bolsonaro because he, unlike so many other politicians, has no apparent involvement in the country's extensive corruption scandal. Bolsonaro served several terms in Brazil's National Congress, but no shred of evidence links him to any of the major corruption cases that are being brought to light through the country's major criminal investigation: Operation Car Wash.

Much of Brazil's political class, however, is in some way connected to the messy scandal. Its extent became apparent over time, implicating many of the county's lawmakers and big companies such as the construction giant Odebrecht and in particular the big semipublic oil company Petrobras.

It is amazing to see that the judiciary is both able and willing to so thoroughly investigate this intricate web of corruption. Indeed, the scandal is not just confined to Brazil but also involves a range of other Latin American countries. In March, for example, Pedro Pablo Kuczynski was forced to resign after less than two years as Peru's president after reports of his illicit dealings with Odebrecht emerged.

Against this backdrop, Bolsonaro's victory should be understood foremost as an expression of protest against Brazil's deeply corrupt political and economic elite, rather than as an endorsement of his beliefs.

Some voters may have been motivated to vote for the far-right Bolsonaro to express their discontent with the social democratic Workers' Party (PT), which some Brazilians associate with the destructive polices in neighboring Venezuela. And PT presidential candidate Fernando Haddad certainly did not inspire confidence in voters when he attempted to avoid discussion of — and ultimately only begrudgingly criticized — Venezuela's state of affairs. Many Brazilians vividly remember how former President Lula da Silva, of the PT, had close relations with his Venezuelan counterpart, Hugo Chavez, and after his time in office endorsed Chavez's successor, Nicolas Maduro.

And, of course, there are voters who fondly recall the dictatorship that ruled Brazil for over two decades. The regime fostered a highly successful economic model that produced impressive growth. Though dissidents were tortured, disappeared and exiled, street crime rates were lower. Favelas were safe because they were not under the control of drug mafias.

Since the military dictatorship, the influence of international crime syndicates has grown. Indeed, the murder rate surpasses Mexico's. Bolsonaro has vowed to restore law and order to Brazil. Many welcome his stance.

Antisemitism in Germany is 'appalling,' says government commissioner 52m ago

Russia freezes bank accounts of US broadcaster RFE/RL 7h ago

Opinion: Elon Musk a liability for Bitcoin 12h ago