Congress blocks his plans, his policies are not implemented and his Cabinet is in disarray. Clearly Brazilian President Jair Bolsonaro cannot govern. And it seems he doesn't even care to try. 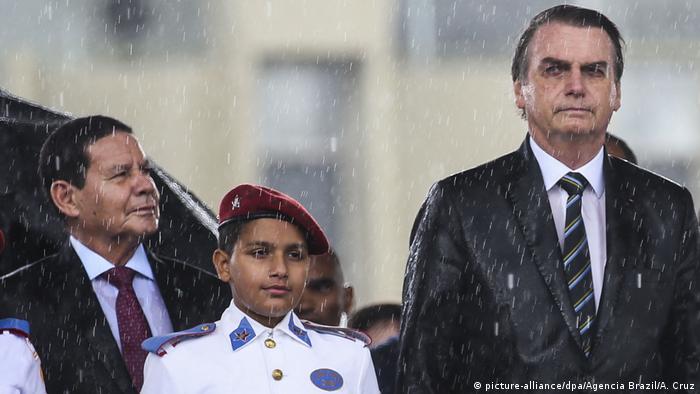 In his first six turbulent months as president, Brazil's Jair Messias Bolsonaro has squandered much political capital and proved even more of a disappointment than expected.

Only 32% of Brazilians are satisfied with his work, according to a poll published on Thursday. And that number is predicted to drop.

"In six months, he has done nothing," he told DW, pointing out that Bolsonaro's favorite project, the liberalization of gun laws, has not made progress after being pushed back by Congress. Nor has the fight against corruption that the president so confidently promised during his campaign made any headway. 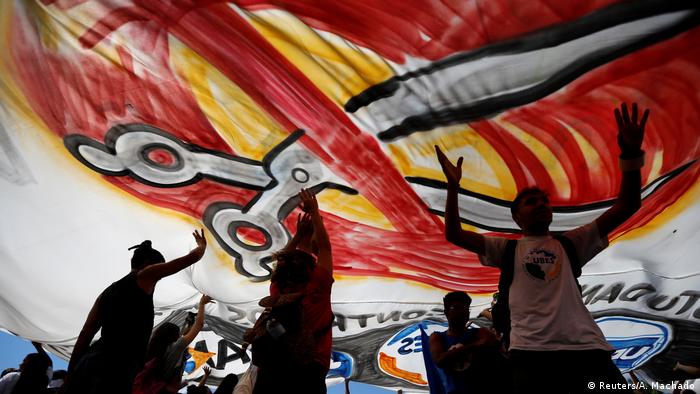 When it comes to corruption, according to Nogueira, Bolsonaro "is in deep trouble himself." His party, the Social Liberal Party, is said to have committed campaign finance fraud. (Jair Bosonaro is said to have appointed bogus employees in his Cabinet, including figures from Rio de Janeiro's underworld. His son Flavio Bolsonaro is said to be involved in dubious real estate deals.

Oliver Stuenkel from the Fundacao Getulio Vargas told DW that all this would not even be so bad if the economy was up and running. But Bolsonaro has floundered there as well: The central bank just lowered its growth forecast for 2019 from 2% to 0.8%.

The markets pinned their hopes on avidly pro-business Economics Minister Paulo Guedes, but he did not receive the political power to deliver. Bolsonaro was largely responsible for hamstringing his own minister because the president prefers to avoid unpopular decisions such as pension cuts and privatizations of state-owned enterprises, Stuenkel said.

"The markets have already noticed that Guedes is having difficulty implementing his plans," said Stuenkel

Guedes was particularly pained when Congress, which has shown more interest in pension reform than the president, picked apart his pension reform and made its own draft out of it.

Stuenkel said he believes the reform will likely pass not because of the government but in spite of it.

"Bolsonaro will certainly not be able to mark that as a victory in his column," Nogueira added.

Stuenkel said he believes Bolsonaro is in no position to work constructively with Congress and that this is why the promise of a so-called Nova Politica (New Politics) has failed. Without a solid base, the president needs to assemble a new majority for each of his proposals. 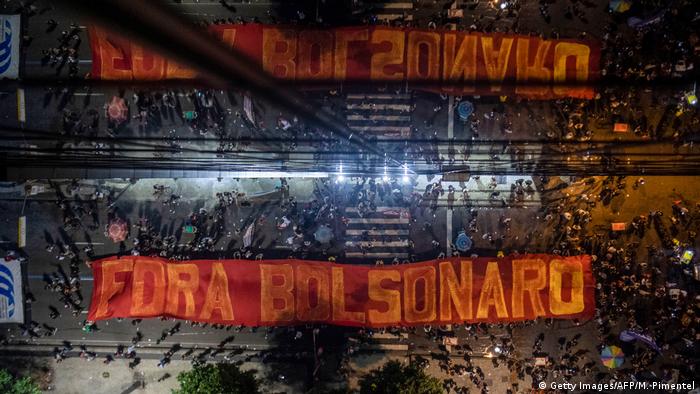 A protest banner calls for Bolsonaro to get out

In the face of scandals surrounding campaign and party financing, he announced plans to end to backroom political post-trading and corruption. But Congress did not play along.

"It was one setback after another," said Stuenkel, adding that now the question is how much the president will fall back on politics-as-usual to push his plans through.

But even that will be difficult, Stuenkel added, as Bolsonaro lacks political skills and experience and at times does not even show a real desire to govern.

"At his core, he continues to be a conscientious objector to politics," Stuenkel said. "I doubt he would even want to govern in a traditional sense. That would pose a difficult challenge, require great knowledge of other people and an interest in reaching a consensus. I do not think he has the skills."

The anti-globalists, influenced by Olavo de Carvalho, the guru of the new Brazilian right and a major influence on Bolsonaro and his sons, have gained the upper hand. They warned against the "Marxist conspiracy," that they said has long since infiltrated global institutions such as the United Nations and spread "lies like climate change."

In light of this, several highly decorated military officials who favored a more sober government stepped down. But their lack of political experience got them entangled in unnecessary power struggles within Bolsonaro's inner circle. 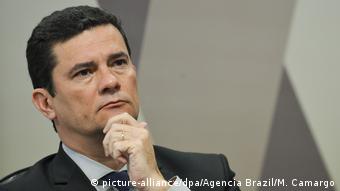 Minister for Justice Sergio Moro, a former star of the Bolsonaro administration, was among those dragged through the mud. As a federal judge, Moro put left-wing, former President Luiz Inacio Lula da Silva, Bolsonaro's arch-rival, behind bars. But, Stuenkel said, now that the minister's political future looks bleak following the release of recorded conversations allegedly of Moro tipping off public prosecutors.

Given the pandemonium in the Cabinet, Bolsonaro has increasingly relied on his closest friends and family to fill key positions.

"It is becoming clear that the president values loyalty above all else, and even good people are pushed out if they do not publicly praise Bolsonaro," Stuenkel said, adding that the military was especially affronted by this obligatory endorsement. "[Bolsonaro] favors yes-men who radically support him."

In foreign policy, too, there are increasing tensions, such as the debate between German Chancellor Angela Merkel and Bolsonaro on the issue of deforestation in the Amazon. 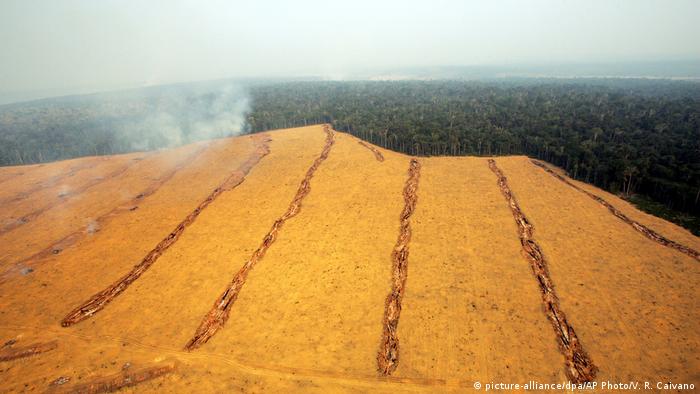 "Internationally, Brazil has become a difficult partner in recent months," said Stuenkel, pointing out that Bolsonaro's brutish manner is counterproductive. "He prefers to seek confrontation and chaos by publicly conjuring up images of an enemy. That's his style, and it's not fundamentally going to change."

Brazil's exit from the climate debate and the migration pact has isolated the country.

"Brazil always stood for dependability and predictability and could be relied on in international cooperation," Stuenkel said. "Now Brazil no longer plays a constructive international role."

In his attempt to keep the focus from Brazil's current situation, Bolsonaro's only choice is to charge forward. Like his idol, US President Donald Trump, he works better in campaign mode than in the routine of day-to-day governance, according to Nogueira.

"Since he has nothing concrete to show, talk of the 2022 election is supposed to keep his supporters mobilized," Nogueira said.

President Jair Bolsonaro had blamed the attack during the campaign on a plot to stop him from winning the presidency. A judge has ruled the attacker is delusional and should be sent to a mental institution. (28.05.2019)

Brazil: Thousands of Jair Bolsonaro supporters take to the streets

Thousands of Brazilians took to the streets in cities around the country to show their support for far-right President Jair Bolsonaro. The president has seen his popularity plummet since taking office in January. (27.05.2019)