A fresh Transparency International Corruption Perceptions Index has been released, revealing less than enthused attitudes toward the state of global corruption. Turkey and Hungary are among those falling down the list. 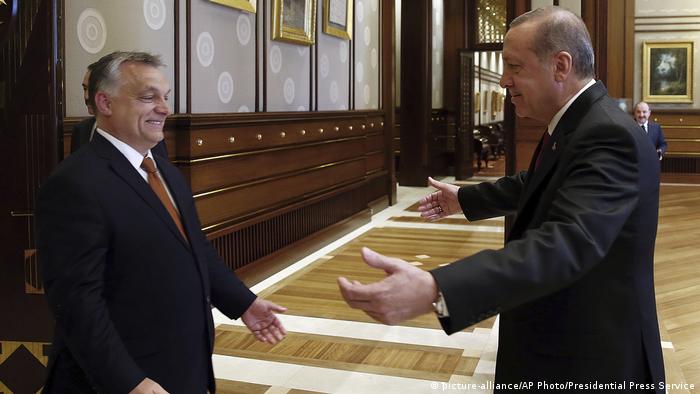 A collective global failure to control corruption is contributing to a crisis of democracy across the world — that's the verdict of the latest Corruption Perceptions Index, published by nonprofit NGO Transparency International.

"With many democratic institutions under threat across the globe — often by leaders with authoritarian or populist tendencies — we need to do more to strengthen checks and balances and protect citizens' rights," said Patricia Moreira, managing director of Transparency International.

The annual report ranks countries according to perceptions of public sector corruption rather than documented evidence of corruption, and grades countries on a scale from zero to 100, with zero denoting a "highly corrupt" country and 100 meaning a country is "very clean."

Denmark and New Zealand have consistently topped the list in recent years and the 2018 edition is no different, with Denmark scoring 88 points, one ahead of New Zealand in second place on 87. Finland, Singapore, Sweden, Switzerland, Norway, the Netherlands, Canada, Luxembourg, Germany and Britain make up the rest of the top 10.

The countries perceived as having the highest levels of corruption are the war-ravaged triumvirate of Somalia (score of 10), South Sudan and Syria (both 13). 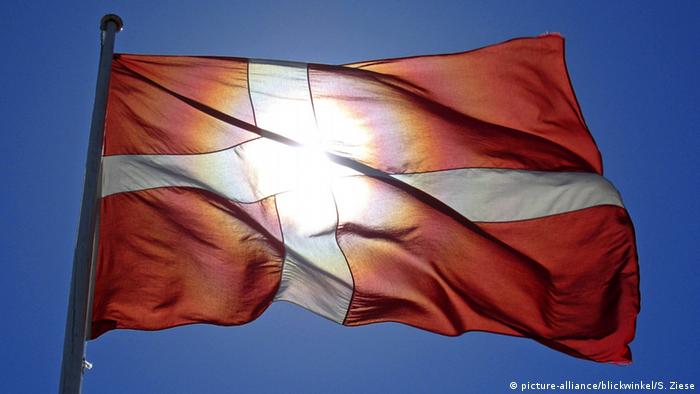 In terms of regional breakdowns, the top-performing region by far is Western Europe and the European Union, which averages a score of 66. The lowest scoring region is Sub-Saharan Africa, which scores an average of 33. The Asia Pacific average is 44 while the Eastern Europe/Central Asia average is 35. The Americas averages 44.

The score the index gives each country is an average, based on data compiled in 13 different surveys measuring perceptions of public sector corruption. A minimum of three different sources is required for a country's average to be assessed and included. Experts and business executives are those who are primarily surveyed.

The 13 data sources used to compile the data come from the following institutions: the African Development Bank, the Bertelsmann Stiftung, the Economist Intelligence Unit, Freedom House, Global Insight, the International Institute for Management Development, the Political and Economic Risk Consultancy, the PRS Group, the World Bank, the World Economic Forum, the World Justice Project and Varieties of Democracy.

The CPI has been criticized in the past for its methodology. In 2016, political scientist Dan Hough argued in an article in The Washington Post that by measuring perceptions of corruption, rather than documented examples of corruption, the report helped to perpetuate negative stereotypes about already struggling regions.

He also argued that corruption was too complex to be boiled down to a single score. "Measuring concepts, such as democracy, justice, fairness and indeed corruption is hard at the best of times, but those who do it well acknowledge that their attempts are always approximations," he wrote. "Indeed, statisticians have developed their own language to discuss the problems in getting these measurements right. None of this is overtly acknowledged in the CPI."

Nonetheless, this year's report provides a perspective on the state of public sector corruption around the world and it's not an especially uplifting one. Two-thirds of the 180 countries assessed score less than 50 out of a possible 100, while the average score of all countries is a relatively paltry 43.

Some countries are singled out for praise for reducing perceptions of corruption, in particular Argentina, the Ivory Coast and Guyana, all of whom have improved their scores markedly in the last five years.

The report cross-analyzes its data with global democracy data (which measures the relative health of democracies), revealing a link between corruption and how robust a country's democracy is. Countries regarded as full democracies score an average of 75 while flawed democracies average 49. Hybrid regimes — those with both democratic and autocratic elements — average 35 while autocratic regimes perform worst, averaging 30.

The report highlights falls in the scores of Turkey and Hungary in this respect. Both countries' scores fell sharply in the shadow of the increasingly autocratic tendencies of their leaders Recep Tayyip Erdogan and Viktor Orban.

Brazil and the USA are also marked out ominously as "countries to watch," with both experiencing falls in their score.

"The low score comes at a time when the US is experiencing threats to its system of checks and balances as well as an erosion of ethical norms at the highest levels of power," the report writes, in a thinly veiled reference to Donald Trump's presidency.

In the context of Brazil, the election of President Jair Bolsonaro is cited as a reason for Brazil's slide. "Alongside promises to end corruption, the country’s new president has made it clear that he will rule with a strong hand, threatening many of the democratic milestones achieved by the country," the report notes. 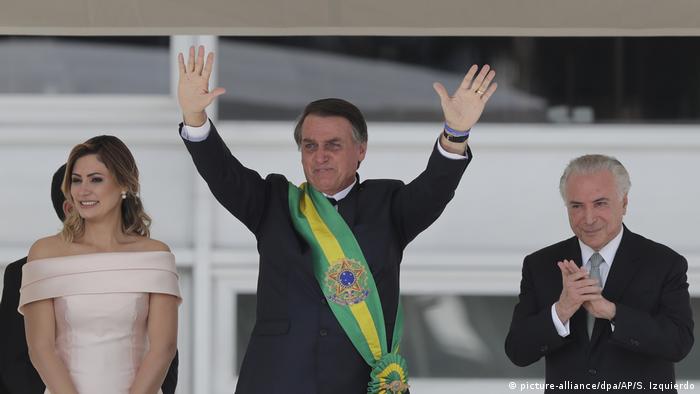 Brazilian President Jair Bolsonaro has vowed to fight corruption, but his election is cited as a reason for Brazil's score falling in the index

The report acknowledges the highly diverse nature of the Asia-Pacific region, noting that it has two countries in both the top 10 and the bottom 10. However, the region's average score of 44 suggests, according to the report, that it is "stagnating in the fight against corruption."

"A lack of progress is unsurprising given the prevalence of weak democratic institutions, and a lack of laws and enforcement mechanisms, all of which typically contribute to higher rates of corruption," it states.

China scores 39, and is ranked in 87th place, a few places behind 78th placed India (41 points), the world's most populous democracy.

Central Asia is grouped together with Eastern Europe and it fares even worse, averaging 35. "A general lack of political will, weak institutions and few political rights create an environment where corruption flourishes with little opposition," the report says of a region which includes Russia (ranked 138).

Bottom of the class

The worst performing region is sub-Saharan Africa, averaging a score of just 32.

According to the report authors, the region "has failed to translate its anti-corruption commitments into any real progress."

"A region with stark political and socio-economic contrasts and long-standing challenges, many of its countries struggle with ineffective institutions and weak democratic values, which threaten anti-corruption efforts," is the verdict.

Northern Africa, grouped in with the Middle East, averages 39. The fight against corruption in the region remains "grim," according to the report.

Something to hold on to?

Beyond the overall "grim" outlook, the report calls upon governments to prioritize four areas in the fight against corruption, namely to:

In a report published on Thursday, Transparency International paints a grim picture of how corruption undermined many nations' COVID-19 response last year and eroded democratic institutions.