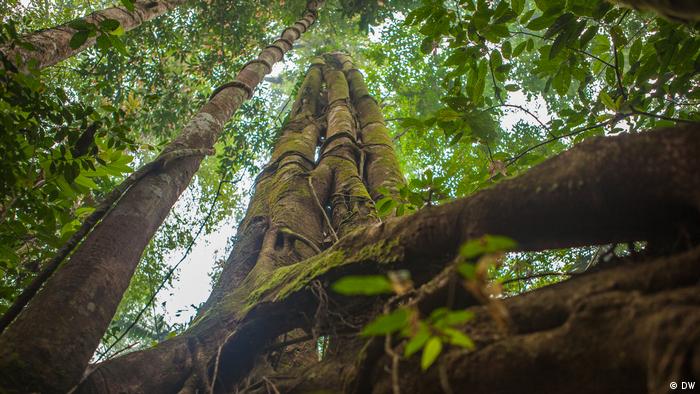 From a damp year-round lush green canopy, to a canvas of oranges and reds come the fall, to pointed trees with evergreen spindles, the mention of a forest will evoke strikingly different images depending on where in the world you live.

But for all those physical and geographical differences, forests have many things in common.

They help regulate weather patterns, prevent flooding and erosion, and provide food, water and shelter. They also provide oxygen, store CO₂ and, oceans aside, have the greatest biodiversity on the planet.

Still, forest is being lost all over the world. In 2017 29.4 million hectares (72.6 million acres) of tree cover disappeared. That's an area equivalent to 41 million soccer pitches and just slightly below the record set in 2016, according to the latest figures from Global Forest Watch (GFW).

Tropical tree cover loss, the monitoring tool noted, was particularly badly hit in 2017, with a decrease of 15.8 million hectares (39 million acres) — an area half the size of Poland.

Read more: Info-film: What is a forest and what is it for?

The tropical forests of South and Central America, Africa and Asia are home to about 80 percent of the world's documented species, although they cover just 6 percent of the earth's land surface. Yet, the financial gains to be made of their soil and huge hardwood trees have made them one of the planet's most endangered habitats. That's bad news for the fight against climate change, considering they also store massive amounts of carbon.

"Between 12 and 17 percent of all carbon emissions come from the loss of tropical forests," Jake Bicknell, a conservation scientist at the University of Kent in Great Britain, told DW.

"We are talking the horror stories of football fields," he said, referring to calculations based on analysis of forest change, indicating that the equivalent to an average of 50 soccer pitches are disappearing every minute. "This is real," Bicknell added.

The Amazon is the world's largest rainforest. Some two-thirds of tropical woodland is found in Brazil, where it has seen some of the worst deforestation and degradation (whereby the "quality" of the forest worsens, reducing the number of species therein).

In the later part of the 20th century and early 2000s, as demand for meat soared, vast areas were cleared to make way for cattle ranching, which is one of the leading causes of deforestation.

Between 2000 and 2012, deforestation rates in Brazil dropped by 75 percent due to better conservation efforts, monitoring and the commitments by some international companies to stop selling meat or leather from cattle reared on deforested land.

But according to Brazil's National Institute for Space Research, rates have risen steadily since 2012 when the country's government began to weaken environmental regulations and abandoned plans for new conservation areas. In recent years, the rate of forest loss has increased sharply and reached a new high of 5.4 million hectares in 2016, according to GFW.

He also says clearance of forest for oil palms is a newly emerging problem. Palm oil has been one of the other main factors in driving global deforestation in other parts of the world. "We are getting reports from more and more countries in South America that the first palm oil plantations are planned or already installed," said Embert. 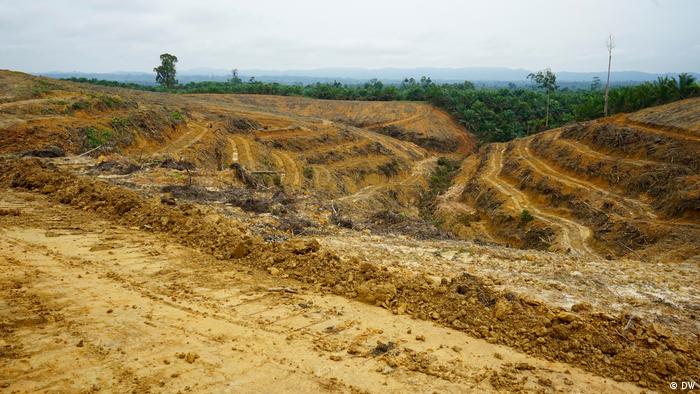 Huge tracts of forest are being lost. It's a 'nightmare scenario,' say scientists

Until recently, palm oil production had largely been confined to Indonesia and Malaysia. Oil palm and wood fiber (mainly used for pulp and paper) plantations are the two largest contributors to forest loss in both countries, according to studies by GFW and Indonesia-based Center for International Forestry Research (CIFOR).

Between 2001 and 2015, around 1.5 million hectares of primary forest were converted to such plantations in Indonesia. Primary forest is defined as woodland that has not been significantly disturbed by human activities and is considered to be the "best" in terms of biodiversity and carbon storage.

"You can't replace a primary forest," said forest ecologist Markus Eichhorn from the University of Nottingham in the United Kingdom. "You can't just regrow one, unless you're willing to wait a good few centuries to do so."

As demand for palm oil increases, more companies are looking to Congo River Basin. It's an area conservationists are calling the "new frontier." Dubbed the world's second set of lungs because the rainforest there is the second-largest after the Amazon, the basin's woodlands are already facing threats from agriculture, logging and charcoal production, and are disappearing at a rate of 2-3 percent a year. Much of the forest there is primary. 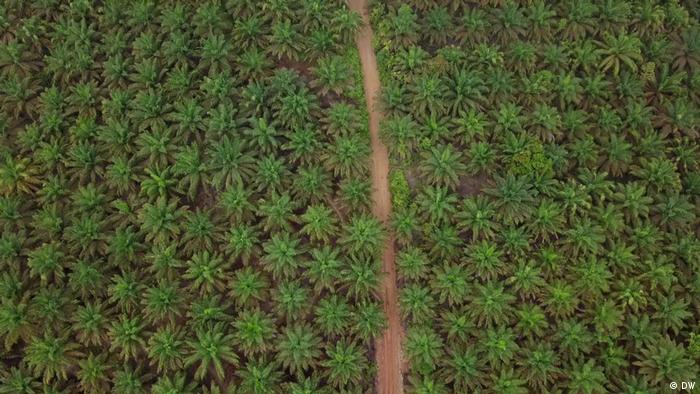 Agriculture, logging, palm oil and pulp are all major contributors to deforestation

No Amazon, no future

Forests are on the frontline in the defense against climate change. "Losing the Amazon will mean that we have no chance to save our planet," said WWF's Embert, adding that the world's largest remaining rainforest is now dangerously close to 20 percent deforestation that would constitute a "tipping point," from which there would be no return.

If that happens, he says the Amazon could become "so weak that it cannot maintain its ecosystem and may become a savannah."

The consequences of the damage done so far, are already being felt in Brazil where many parts of the country depend on "flying rivers" as a source of water. The wet jungle channels water vapor through the atmosphere from the Amazon River Basin to cities such as Sao Paulo. The vapor is now evaporating over the dry, hot soil in deforested areas. The upshot is urban water shortage.

Bicknell believes there is no way to stop deforestation for now, and says conservationists should, therefore, focus on reducing impacts, such as species' expulsion and extinction.

One way to do this is by supporting protected and indigenous territories. In the Amazon, for example, deforestation rates are significantly lower inside such areas, says Embert.

Another is to promote certified sustainable wood products harvested through carefully planned selective logging. This entails felling selected trees in 30 to 40-year cycles and leaving behind a structurally intact forest. 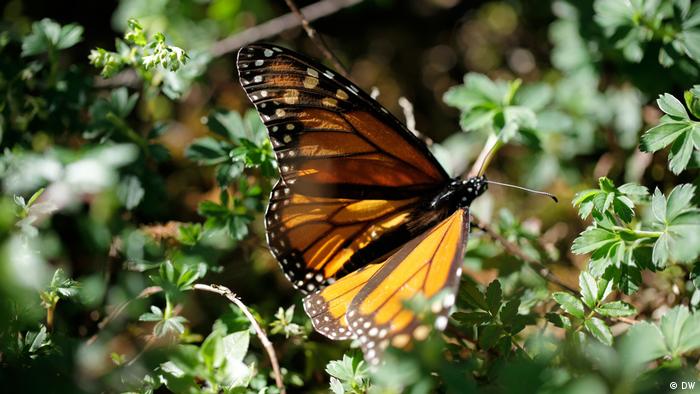 Improved technology is helping in the fight against deforestation. The rainforest is home to countless creatures

A similar approach could be used for palm oil plantations, says conservation scientist Bicknell. "Either the entire area can be cleared," he said. "Or we can do it cleverly by leaving patches (of forest) that have the highest conservation values, that are maybe important for rare species and connecting those patches of forest through corridors that animals can move through."

New technology is also helping in the fight. Conservationists and forest communities are using smartphone apps and mobile phones to record damage and changes in the forest, as well as to report illegal happenings.

The small NGO Rainforest Connection, for instance, repurposes old phones and installs them in forests to detect illegal logging. The microphones in the solar-powered phones pick up the sound of chainsaws, similar to the way an app like Shazam recognizes a song, and sends an alert to the authorities. Thanks to the phone's GPS tracker, forest rangers know where to look for loggers.

"The scope for policing things on the ground is really improving through these sorts of initiatives," says Eichhorn. "Plus the higher resolution of earth observation systems through satellite technology is giving us much more eyes in the sky. So we are getting much better at it."

Germans are passionate about their forests. They really are. In a way that some non-Germans find hard to comprehend. Tamsin Walker trekked to the woods to try and tap into the source. (24.07.2018)

A Path Towards Zero Deforestation Cattle