Nature under attack in Brazil | Environment | All topics from climate change to conservation | DW | 14.08.2017

Nature under attack in Brazil

Against a backdrop of rising deforestation and violence against activists, environmentalists are accusing Brazil's president of pushing legislation that will benefit loggers and land-grabbers in the Amazon region. 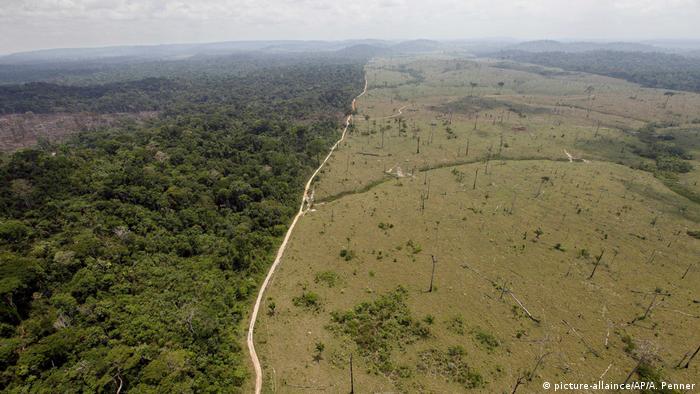 Brazil's President Michel Temer is relying on the support of a powerful agriculture caucus in Brazil's congress in pushing a proposed bill to reduce preservation areas of the Jamanxim National Forest in the Amazonian state of Para by 27 percent, or about 350,000 hectares - an area roughly the size of Portugal.

If the bill passes, restrictions on farming and mining will be lifted in the protected areas, and those who occupied the land illegally could be granted land title.

"This sends a message that it's worth it to occupy public land," said Elis Araujo, a researcher and lawyer at Imazon, an Amazon watchdog agency.

The bill stipulates that only areas occupied before Jamanxim was declared a national park in 2006 can be regularized - but Araujo said she fears this rule will be altered by Brazil's congress, which is dominated by agricultural interests. "It will be the first rule to go," she said.

Brazil's National Institute for Space Research found that Amazon deforestation increased by 29 percent from August 2015 to July 2016 after having fallen steadily since 2005.

Changes to Brazil's forest code in 2012, in which amnesty was granted to those who had participated in illegal deforestation, is cited as a key reason for the increase. This has prompted Norway - a huge investor in forest conservation - to cut its Amazon preservation fund in half. 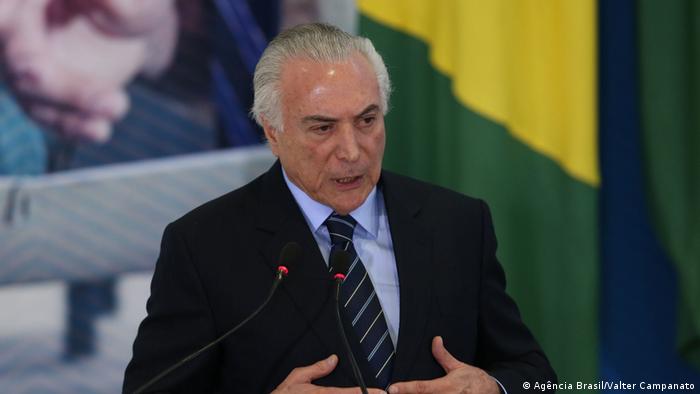 Experts say that mass deforestation is being committed by organized and well-funded criminal groups, looking to steal large swathes of public land to use for cattle, soy farming or mineral extraction, and who often have connections within municipal governments.

The groups usually pay poor workers slave-labor wages to chop down the trees, which are then sold for a profit.

In June, Temer sanctioned a law that critics say effectively pardons such land-grabbing, by giving amnesty to all illegal occupations of public land before 2011.

One of Temer's closest allies, Senator Romero Juca - a sponsor for the bill - spoke of the law in Brazil's Senate as a historic debt paid to thousands of families who migrated to the Amazon in the 1970s and 1980s and never received land titles.

Critics have blasted this claim to social responsibility, however; pointing out that the law gives amnesty for properties as large as 2,500 hectares - hardly small-scale land holdings.

"These demonstrations of impunity - of amnesty - that crime compensates, will motivate and incentivize crime advancing closer to the forest, resulting in further deforestation," said Marcio Astrini, public policy coordinator at Greenpeace Brazil. 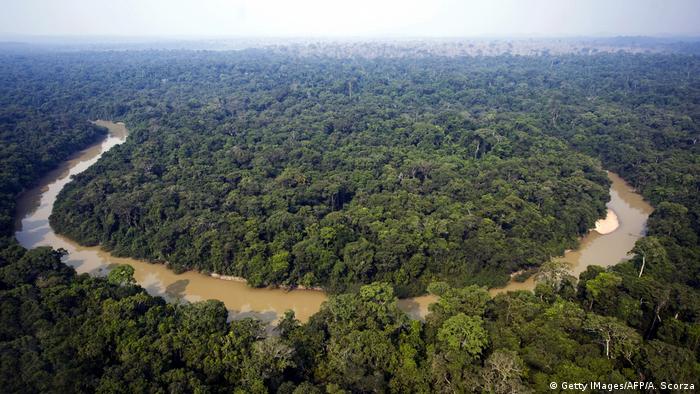 The same criminal groups that are responsible for mass deforestation also often use violence or threats of violence to expel local populations such as peasant or indigenous communities trying to resist land-grabbing and environmental destruction.

An annual report by human rights group Global Witness found that 49 environmental defenders were killed in Brazil in 2016, with similar numbers in 2015. In 2016, 16 of these murders were linked to the logging industry.

In the first half of 2017, 37 people have been killed in land conflicts, according Brazil watchdog Comissao Pastoral da Terra, which monitors rural violence.

In Para state, 10 rural workers were killed by military police in May and in April this year, while 13 members of the Gamela indigenous community in Maranhao state were attacked with rifles and machetes.

Elis Araujo from Imazon attributes the recent uptick in part to the legislation pushed by Temer, which she said has signaled a green light for land-grabbers.

"The criminal groups use violence to expel local populations or small farmers without land titles, so that they can take over the land," she said. 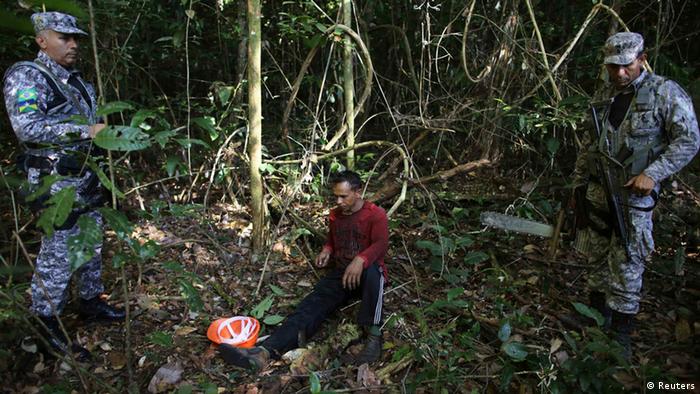 It's not just peasant and indigenous groups suffering from violence; trucks belonging to Brazil's environmental police were burned in Novo Progresso, where the Jamanxim National Forest is situated, after Temer vetoed a similar deforestation bill to reduce the forest areas by 37 percent, following criticisms by Norway's Prime Minister Erna Solberg.

Embattled President Temer recently survived a vote in Brazil's congress which could have removed him for corruption after he was accused of bribery by Brazil's chief prosecutor. He has repeatedly denied the charges.

Environmentalists accuse Temer of using the deforestation bill and other proposed measures as currency for the support of Brazil's powerful agriculture caucus, which holds 230 seats in Brazil's lower house, according to watchdog group Congresso em Foco.

According to Astrini, next on the agricultural caucus' agenda is to slash the regulation on use of agrochemicals and environmental licensing laws - measures anticipated to enter into force this month.

"The bet that Temer made paid off. Out of all of the caucuses in congress, the agriculture caucus was the most loyal," Astrini said. "This means that they will get even more powerful."

"What was bad will get worse," he concluded.

Indigenous rights are increasingly seen as key to protecting environments like the Amazon. But in Brazil, political instability threatens to push back progress and open up indigenous lands to development. (09.08.2017)