Germans are passionate about their forests. They really are. In a way that some non-Germans find hard to comprehend. Tamsin Walker trekked to the woods to try and tap into the source. 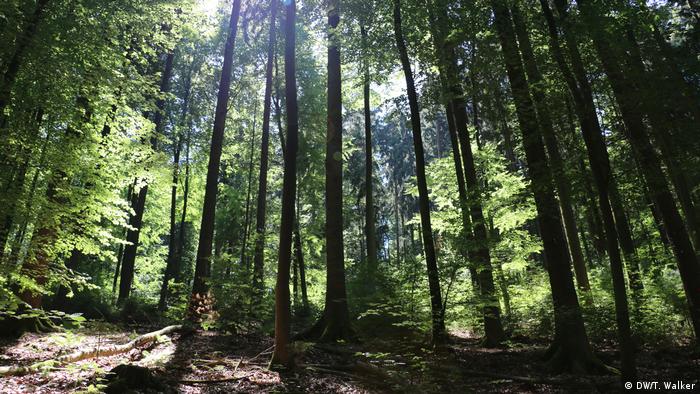 When I called a friend the other day, a German friend that is, she didn't pick up, but wrote me a message. It simply said "I'm in the forest." It may read like a scant sentence, but in a country where the woods reside within the national soul as much as the national soul resides within them, it speaks volumes.

She was not, with those four words, seeking to give me an insight into her physical surroundings, but was telling me, shorthand, that she had felt a yearning for peace and calm. For such is the quintessentially German synonym with the woods.

I have tried, during my many years here, to tap into that sense of longing, but it eludes me. The truth of it is, I don't really like being in the woods on my own. Too numerous are its shadows, too disquieting its quiet for inner harmony to stand a fighting chance.

Exactly what I'm afraid of, I don't know. The element of surprise, perhaps? Witches in gingerbread houses and grandmothers with pointed gray ears?

But I've been thinking lately that whatever the source of my fear, in an age where forests around the world are being toppled at an unprecedented rate, it seems absurd that I should be scared of them. 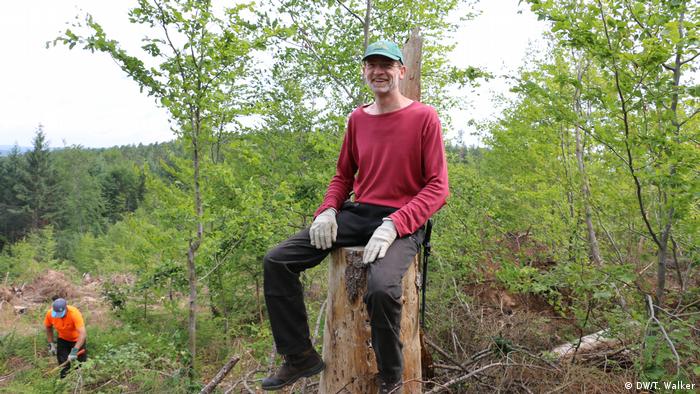 After a morning of working to recover saplings, Armin takes a break on a tall stump

With that in mind, I'm travelling to the Spessart forest in southern Germany. The 2,500 square kilometers (1,553 square miles) of tree-covered mountains that straddle the states of Bavaria and Hesse first attracted settlers during the Bronze Age and form one of the largest continuous areas of woodland in the country.

I'm joining a group of people from all over the country and all ages and walks of life who are volunteering for a week with the Bergwaldprojekt. The nonprofit venture launched more than 30 years ago to bring helping hands to the forest, and the forest into the hands — and minds — of the helpers.

When I catch up with them, they're halfway through their third day of clearing up after Burghild, a storm as operatic in name as in nature. In the first week of 2018, brutal winds smashed through the Spessart forest, uprooting 17,000 to 20,000 big trees.

It has taken months to remove all the fallen trunks from the site, and now that they're gone, the Bergwaldprojekt team is combing the area of broken and torn hillside to help local foresters assess deeper damage.

Armin, who has been volunteering with the project for eight years, and spends four or five weeks a year working in Germany's forests, shows me what's to be done.

"The task is to see how many small trees survived the storm," he says. "We free the smaller plants from those that fell on top of them, so they have a chance to grow."

So far, the team has been able to locate and liberate a good spread of saplings that survived Burghild's wrath. It's a happy discovery.

"Luckily, we have a lot of small trees here that were growing up under the big ones," project leader Christoph Wehner said of some parts of the storm ground.Other patches did not fare so well. "In some areas, we might have to consider replanting so we can secure the next generation of forest as quickly as possible." 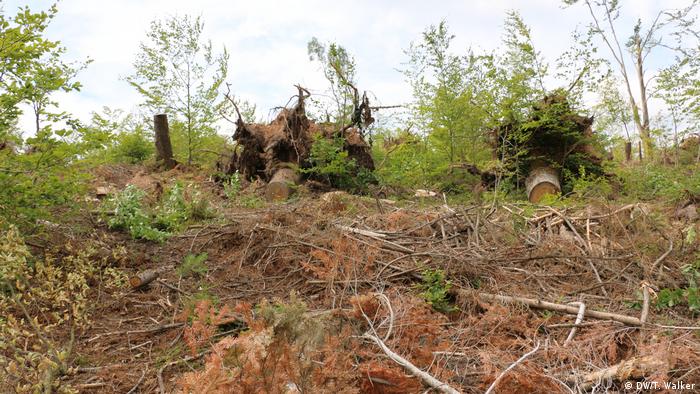 The long-term planning and never-ending nurture involved in maintaining and managing the country's woodland heritage is a cornerstone of the Bergwaldprojekt agenda. As much as anything, the aim is to create awareness of the environmental and cultural services the forest provides.

The approach, as Armin puts it, helps to "join the dots between people, the woods, nature and resources."

When the working day is done, and everyone has taken their turn to shower under a hand-held watering can, they gather at a long table beneath a walnut tree for an organically grown feast prepared by Chris, a Bergwald part-timer and resident cook for the week.

It's during conversations in this kind of casual setting, he explains, that many volunteers begin to understand the relationships between land use, the forest ecosystem, cultural landscapes, climate change and themselves.

As I listen to conversations that weave in and out and around many of the complex issues of our day, I'm struck by a comment made by Jonas, a young apprentice forester who became disenchanted with our entrenched consumer habits after a year of working at a wholesale supermarket.

"When you see how much food and packaging are thrown away every day, you get to thinking," Jonas says, adding that he turned to forestry after asking himself what really matters in life. "Here, everything is done on a sustainable basis. We're working with nature rather than against it."

With rather than against. It is a simple remark, but the truth of it is frightening. As is our willingness as humans to so often ignore these simple truths. 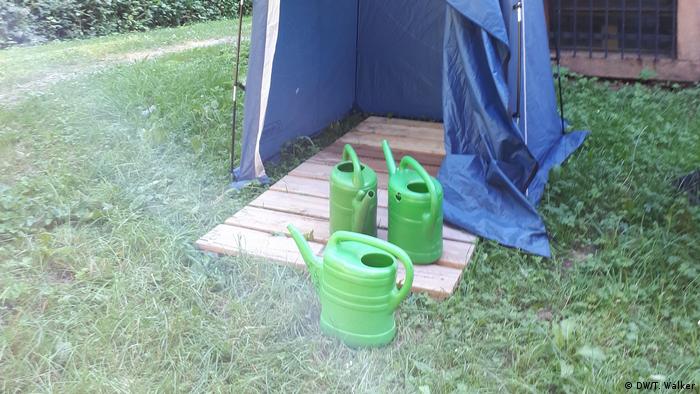 Showering doesn't have to involve a constant flow of hot water

Back into the woods … after dark

As the long summer day finally begins to draw to a close, I broach a different kind of fear: My own.

Since part of the reason for my being here is to try tame that wuss that resides within me, I boldly, and entirely in jest, suggest that I really ought to be sleeping beneath the trees as opposed to the roof of the lone old house that stands in a narrow valley amidst them — and where my camping mat is already laid out.

Chris says even if I don't sleep in the woods, I should at the very least venture into them after nightfall. Not so much to challenge my inner scaredy-cat, but to witness nature at its magical best. To watch the spectacle that is fireflies in motion. I ask him to lead the way.

A few meters into the darkness, something luminous flits before me. It is the beginning of an unforgettable encounter with the forest.

I don't know how long we sit on our cushions of leaves listening to the night — silent but for the distant bark of a roe buck — and watching as countless tiny glow worms dance around us, sometimes coming so close that it feels as if they want to share a whispered secret. 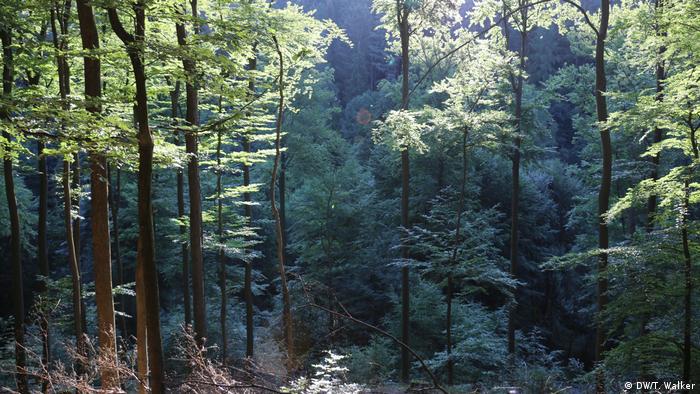 The deep, dark German forests set the scene for many a scary fairy tale. But in reality, there is little to be fearful of

But it's long enough for me to be completely captivated. This is a fairy story of a whole different ilk. A living legend. An enchanted forest I don't want to leave.

When I do eventually turn in for the night and take my place on my mat, I fall asleep to thoughts of the woods outside my window, the life that teems within, and how peaceful it felt to sit between the trees that are its pillars.

Those same thoughts are still lingering when I wake a few hours later. I'm sleepy, but I get up and dressed, and head outside to where the sun is still slumbering on the horizon. By 5:30 in the morning, I'm back in the forest. All by myself. And I really kind of like it.