A growing civil resistance movement is tackling global warming with grassroots protests. The activists say they are taking a stand against life-threatening activities like fossil fuel burning and fracking. 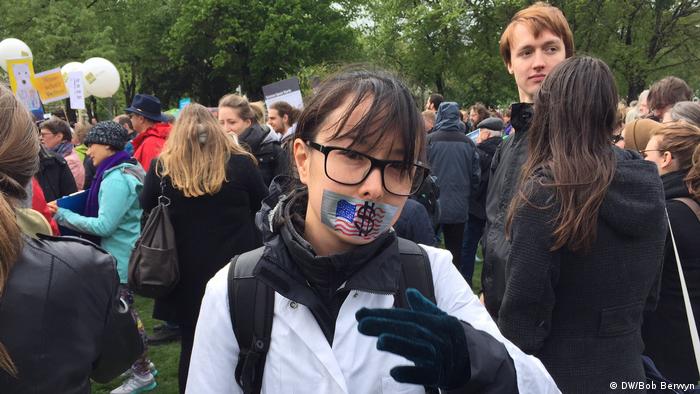 As a warm wind ripples through the scarlet poppies lining a country lane to the Austrian village of Wolkersdorf, a local farmer offers visitors sun-warmed cherries fresh from her tree. When she hears where they're headed, she gives them a thumbs up.

It's Corpus Christi, the first holiday of summer, and instead of lazing on the beach, picnicking or hiking in the mountains, a few hundred people have made their way to the Klimacamp 2018, part of the System Change, Not Climate Change movement working all-out to halt dangerous climate change.

The event in Wolkersdorf, a farming community about 30 kilometers (18 miles) northeast of Vienna, is being held on land provided by a local organic farmer who supports environmental action. Daily meetings and communal cooking all happens in a small grazing meadow and orchard, and some 50 tents are neatly pegged in a nearby fallow field.

It is just one of many climate camps taking place across Europe this summer. Organizers say a growing sense of the magnitude of the climate crisis is spurring ever more people — particularly young people — to get involved.

"We're fighting for our generation," says Hannes, a participant who doesn't want to be identified by his real name as he's planning to join several nonviolent civil disobedience protests during his university summer break.

"We are reasonable people trying to defend nature and the climate," he says. "We're not the extreme ones — people who want to keep burning coal and cutting down forests are extreme, because they are destroying the environment that we need to live." 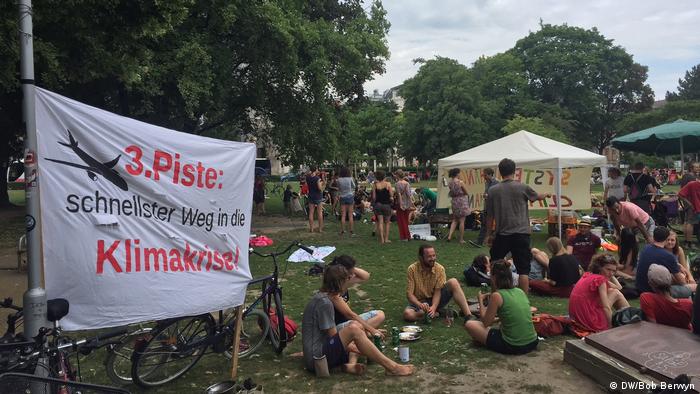 He's not alone. A quick scan on the internet shows there are daily protests on nearly every continent: Blockades to stop old-growth logging in Poland, coal mine occupations in Germany, anti-fracking protests in Australia, a tractor-powered demonstration against palm oil imports by French farmers, and of course the epic #NoDAPL struggle.

The Carnegie Endowment for International Peace, a Washington, DC, think tank, has documented an increase in civic protests in recent decades, with major demonstrations in 60 countries between 2010 and 2015. Many of these have been for environmental causes.

According to the International Network of Civil Liberties Organizations, this increase in activism has led some governments — such as the US, Australia and Poland — to propose, and in some cases pass, more restrictive laws on protests of all types.

At the climate camp in Wolkersdorf, there is a strong sense of getting something done, of making a difference. This year, the focus is on different events to halt a planned new runway at Vienna's airport, which was recently approved under an Austrian high court ruling.

"People need to understand how much this runway would damage the climate," says Mira Kapfinger as she lays out plans for a demonstration that will use of dozens of huge, silvery 3-meter-diameter balloons, each representing 500,000 tons of CO2 to show how the runway will add to climate-damaging pollution. 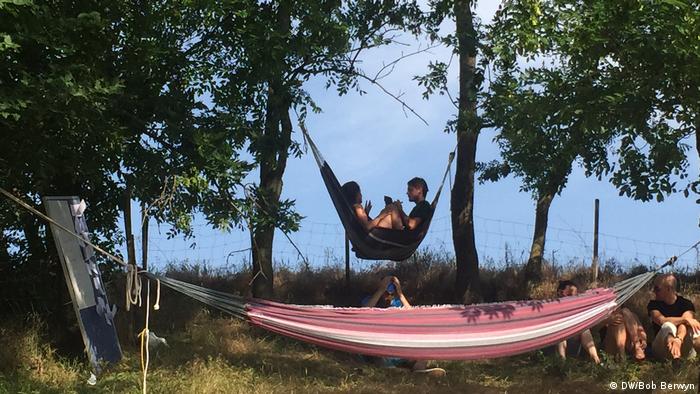 In a different corner of the encampment, about 20 people have gathered in the shade of a few cottonwoods to hatch a plan for a flash mob at the airport later this summer, involving a mock funeral for Earth's climate, complete with a globe in a casket.

The climate camp is being held just a few kilometers north of where a massive civil uprising a generation ago prevented another megaproject: A hydropower plant that would have literally altered the course of the Danube.

Paul Sutter, an environmental historian with the University of Colorado, says it may be time for another upswing in civic engagement, like that which took place in the late 60s. Albeit with a contemporary, global twist.

"A generation or two ago, battles were about saving a particular lake or forest or wetlands," Sutter says. "Today, it's about tackling the planetary threat of global warming.

"Civil action is still one of the more effective ways to exert steady pressure and raise awareness … keeping environmental issues in front of the wider population."

Environmental activists have won a lot of battles over past decades — but with many people already facing deadly climate change impacts today, scientists say they are still losing the war. 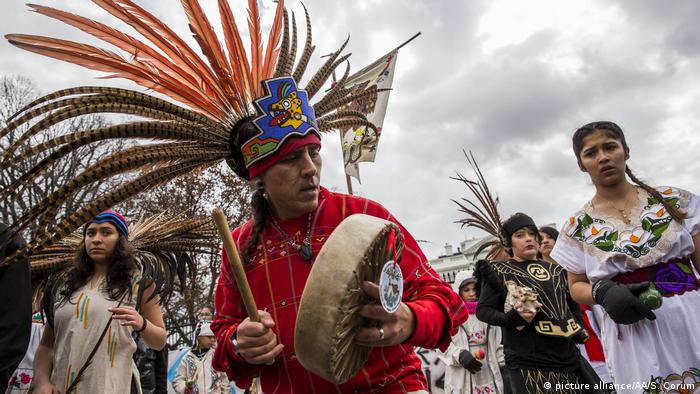 Data points to a dangerous mass extinction of species, and the possibility of catastrophic global climate change impacts.

At this precarious moment in history, Melanie Mattauch — an organizer with the environmental group 350.org — says civil resistance to harmful environmental policies is absolutely vital.

"Social movements throughout history show that big changes can happen if enough people participate, and large-scale civil disobedience is part of that," she says.

"People are realizing that the governments aren't going to stop climate change for us. Politicians won't save us."

In fact, says Clive Splash, an economics professor at the Vienna University of Economics and Business, "they are just like the rest of us, and we all need to change."

"We won't survive if we keep following this path," he told DW at a climate camp degrowth event in Vienna. "The only growth economy we've ever had is a fossil fuel economy."

And that, he stresses, is unsustainable, which means we all have a responsibility to get involved.

"If you understand there's something going wrong with society, you should do something about it. And if there are institutions that are telling lies, then you should attack those institutions and undermine them. You have a duty to make people aware of what's going on," Splash concludes.

And after their five-day rally in Wolkersdorf, hundreds of new activists will be ready to do just that. 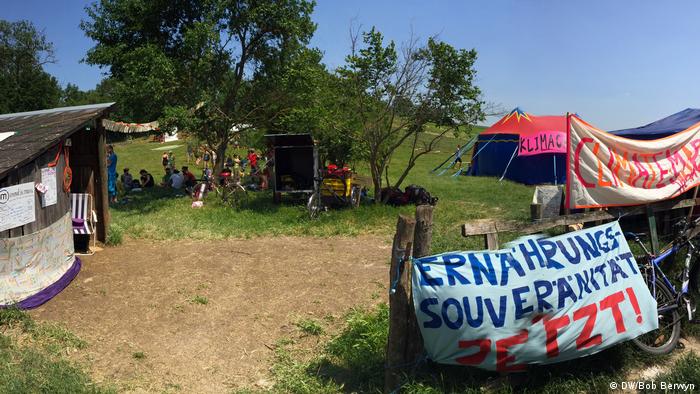 If you want to change something, you have to get involved and convince others, activists say - the statistics prove them right