Climate change is happening — but it′s not game-over yet | Environment | All topics from climate change to conservation | DW | 01.11.2017

Global warming isn't just an environmental problem — it will affect every aspect of human life. Our response has to be just a wide-reaching — and experts say people power can still save the planet. 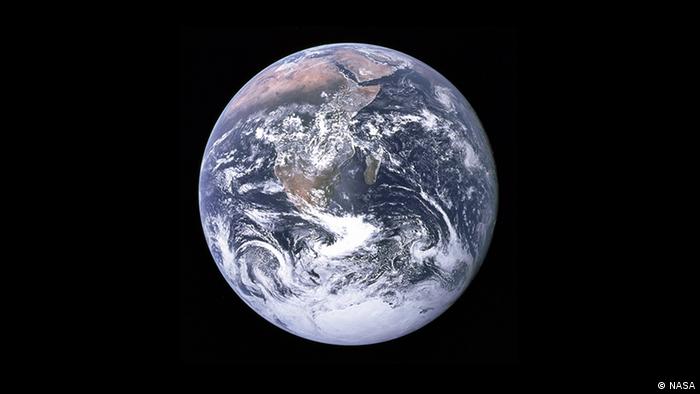 The world is getting hotter. That's clear to farmers whose crop yields were hit by heat waves across southern Europe, Asia and the United States this summer. It's clear to hospital staff who struggled to cope with the physical effects of that heat on the human body. And to those who lost their homes in forest fires across southern Europe and the US.

The weather has becomes a deadly force. Just ask the victims of the recent record-breaking hurricanes that swept the Caribbean and Gulf of Mexico, and storm flooding that's increasingly inundating tropical coastlines around the world.

Yet in terms of human costs, these sudden, dramatic events pale in comparison to the droughts gripping large parts of East Africa, where aid agencies warn that 800,000 children are at risk of starvation.

In these droughts, global temperature rise is undoubtedly a factor — and it can unleash a deadly chain of consequences, as food shortages contribute to mass migration and fuel conflict.

In October, the Potsdam Institute for Climate Research held a conference on climate change impacts, warning that "if the climate is destabilized, it can destabilize society too.

"The consequences of global warming not only lead to economic damage —they also damage human health, intensify the forces driving migration and threaten the prospects of development for the world's poorest." 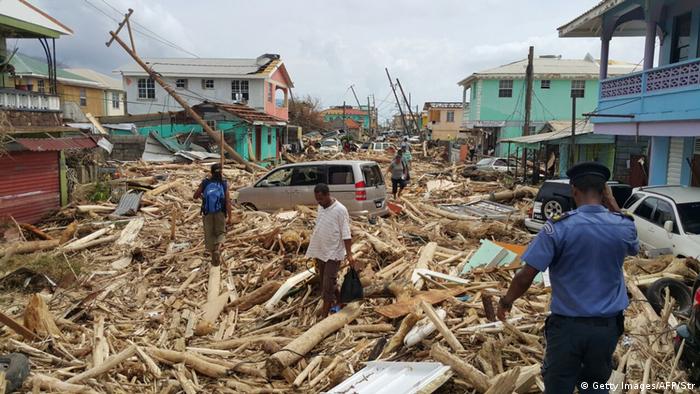 Climate scientist Wallace Broecker coined the term "global warming in 1975," with a paper entitled Climatic Change: Are We on the Brink of a Pronounced Global Warming?

How great the impact would be was then still unclear — and debated only among a relatively small community of scientists and activists.

Four decades on, global warming has proved a very real ecological problem — as well as a health problem, a social problem, a political problem and an economic one.

Climate change and its consequences have gone from a niche scientific concern to making daily headlines — and an unprecedented effort at global cooperation between nations.

Next week, world leaders gather in Bonn, Germany, for the latest round of negotiations aimed at slowing the temperature rise and bracing for its consequences. It's coming on two years since the Paris Agreement was hailed as a breakthrough, with almost all the world's governments committing to cutting emissions.

The agreement is a sign of how far we've come in recognizing the need to act. But there's still much to do. So far, the pledges made under the global agreement fall well short of keeping the global temperature rise below the agreed limit of 2 degrees Celsius. 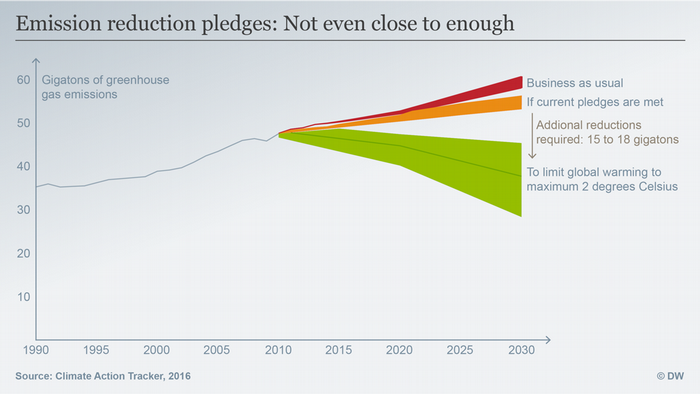 But to avert climate disaster, these conferences — including upcoming COP23 — are just part of the solution.

Dale Jamieson, professor of environmental studies and philosophy at New York University, warns against pinning the world's hopes on "great men looking deeply into each others eyes in Bonn and committing the world to some alternative course of action."

"COP is not, for the most part, where things really happen," Jamieson said. The driving force comes from democratic pressure on those "great men" and women, along with deeper changes in how we all think about the kind of world we want to live in.

In the case of the United States, the limited power of world leaders could be a godsend. After President Donald Trump pulled the US out of the climate agreement, cities and states across the country stepped up and vowed to meet the targets regardless.

And they are not alone. Local and state governments around the world have set their own emissions reductions targets and deadlines to give up coal — often more progressive than national ones.

Robert Costanza, an ecological economist at the Crawford School of Public Policy in Australia, says "that's where a lot of the action is going to be" because "local initiatives have major advantages."

"That's where the rubber meets the road — but also they can serve as models for other places to show the feasibility, the desirability, really of taking this alternative strategy," he says.

From state-level political programs like California's rapid advance toward decarbonization, to "transition towns" where much smaller communities are experimenting with zero-waste and circular economies — localities can test an idea to be replicated elsewhere.

Taking control of the future

Yet while some experiment with radical news ways living, for many of us, it can be hard to connect to the fact that benign actions — like eating a hamburger or driving your kids to soccer practice — contribute to terrible environmental damage and loss of human life. And the problem can seem just too big and terrifying to fix.

Costanza says we need radical change – away from a society obsessed with growth and consumption to one that lives within the means of a finite planet. But the good news is, the things we need to give up — power stations that foul up the air and the endless accumulation and wealth — aren't what make us happy anyway.

Rather than being motivated by fear, he counsels that we imagine the kind of future we want and work towards it as a positive goal.

That's happening in a growing debate over an alternative to GDP as a measure of prosperity, a renewed interest in how indigenous communities use resources and a growing emphasis on the knowledge and sharing economies, which don't require huge inputs of material resources.

These conversations are happening in tandem with campaigns like the divestment movement getting institutions to pull out of fossil fuel assets, the Atmospheric Trust which is suing for damage of the "atmospheric commons" — and the public pressure put on leaders to get results in Bonn.

For all the positive signs that we're moving in the right direction, whether we can realize the world we want before it's too late remains to be seen. It depends both on how the climate responds, and how we as a global community act. 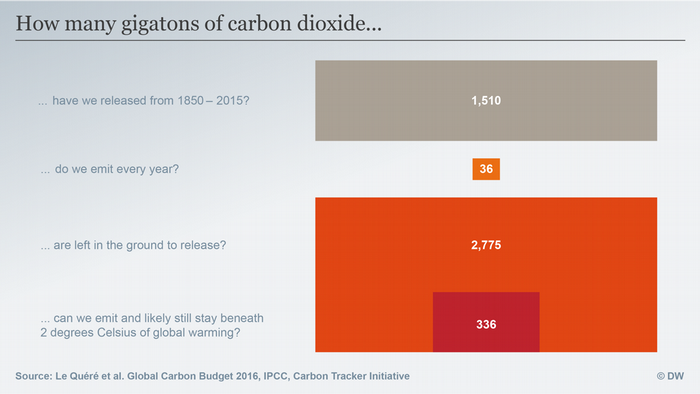 "Over the next 40 years or so, nature is going to play her cards — and the political systems and our cultural systems will either respond well, or they won't," said Peter Timmerman, associate professor of environmental studies at York University Toronto.

Climate scientists point out that although we are still dealing with major uncertainties, we cannot rule out worst-case scenarios that conjure up a world of catastrophic weather, massive sea-level rise, plague and war.

Yet Timmerman says however dire our prospects look, we must act — even if out of blind faith. He says for him, the motivation is not fear.

"What motivates me is that I think this is the best planet ever. And there isn't going to be another really great one like this."

Voices from the Bonn Climate Conference

Thousands of participants gathered in Bonn for two weeks to develop a "rule book" for implementing the Paris Agreement. Here, civil society representatives expressed themselves in their own words. (18.05.2017)