The Transition Town movement in Germany wants to help cities survive without oil. Every citizen is expected to make a contribution. Münster, a university town in northwestern Germany, also wants to make the transition. 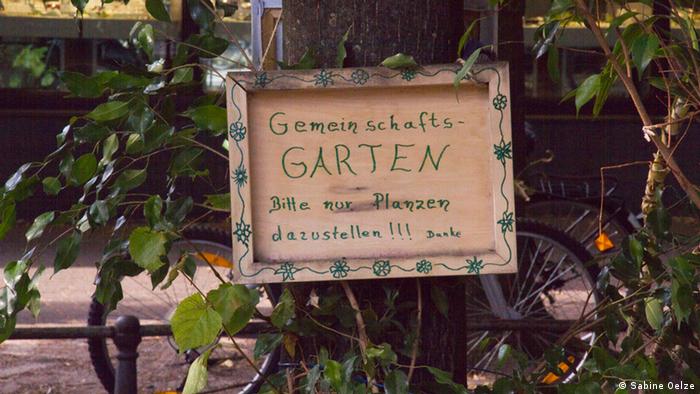 The water simply won't boil. No surprise really. The pot is far too large for the small camping stove. Cornelia Dorsch takes off the lid to check whether she can add the vegetables yet. She's standing in front of a makeshift table on Servatii Square, where she's about to serve free soup to passersby. All the ingredients are vegetables from the local farmer’s market that were discarded for being slightly discolored. If Dorsch, part of the "Transition Town" sustainability project, hadn't picked them up, they would have ended up on the rubbish dump.

The cooking project is called "Eat up," and its site has been chosen carefully. Servatii Square lies in the center of Münster – a place that countless people cross every day. "Maybe we can make people think before throwing away vegetables – that would be a start," says Dorsch. But, as she lifts the lid to give the soup another stir, she notes that this idea still has too few followers. 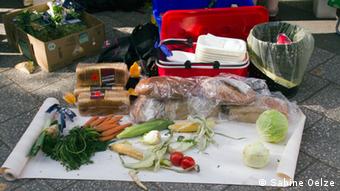 The topic is serious

For a long time, the "city exodus" was a well-documented phenomenon in Germany. But this trend has recently reversed. Germans are keen on city life once again, and want to help improve the quality of life for urban dwellers. The initiative Transition Town aims to make cities more energy efficient, so that they are no longer dependent on oil and source their food regionally. "Eat up" is no revolution, but it's a small step in the right direction - around the globe 380 towns call themselves Transition Towns. In Germany there are already 40 initiatives aiming to turn urban life to sustainability. It's worth noting that the activists don't necessarily have an alternative left-wing background, but are either students or people with regular jobs.

It all started in southern England in 2006. The citizens of the small town of Totnes were the first to name their community a Transition Town. The founder of the movement, Rob Hopkins, got many people thinking with his "The Transition Handbook," which reads like a guide to future sustainable forms of living. 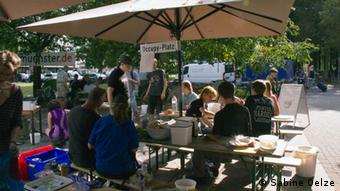 Fostering a new community spirit is the key to the future

"Resilient Town" also is the name of a development scheme by the German Ministry for Education and Research. Towns are to become more self-sufficient in their energy and food consumption. But the initiators of Transition Town feel that politicians are dragging their feet. Because they don't want to wait on the state, they are taking things into their own hands - preparing for a time after oil. "The people here should start re-thinking now and break with conventional methods," demands Dorsch.

Carsharing, neighborhood cooperation, bartering clubs and generating energy on rooftops are all part of the Transition Town concept. Urban gardens are currently springing up all over Germany. Heinrichs dreams of central park areas with harvestable plants for the general public.

Tillmann Buttschardt, geo-ecology expert at the University of Münster, says so-called re-skilling has great potential. "This includes cooking, conserving food and traditional handicraft. My grandfather was a master ropemaker - nobody's got that kind of skill these days," he says. 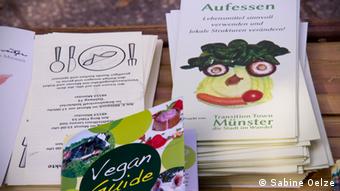 Transition Münster is just one of 40 such initiatives in Germany

But Buttschardt isn't just a keen observer of the Transition Town movement, he's also a conscientious mathematician when it comes to calculating how much renewable energy Münster needs if it wants to dispense with oil.

This winter he'll be starting a "peak oil seminar" at Münster University. "Peak oil describes the state when oil production has climaxed but fails to meet growing demand," he said. "We want to examine which areas of society in Münster would be affected by this and which preparations are sensible for the town."

Buttschardt views the members of the Transition Town movement as pioneers because the energy transition goes hand in hand with a new community spirit. Transition Town can help people grow used to the fact that in the future, strength will only be in numbers.

New drive technologies, political decisions, consumer spending habits - many factors influence the automobile market. Researchers are using simulations to find out what’s going to be happening on the streets in 40 years. (18.09.2012)

A large portion of the world's available fresh water is used in agriculture. In water-rich Sweden, some farmers are employing sustainable practices with their livestock in order to conserve their resources. (28.08.2012)