A large portion of the world's available fresh water is used in agriculture. In water-rich Sweden, some farmers are employing sustainable practices with their livestock in order to conserve their resources. 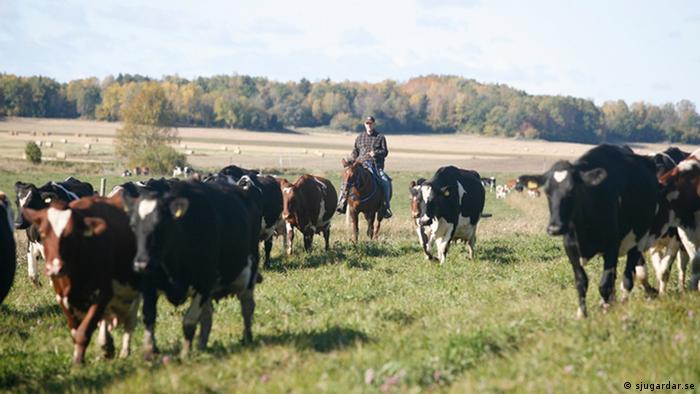 Elisabeth Gauffin, wearing heavy-duty rubber boots and a quickly thrown-on work jacket, tends to 180 dairy cows. Since 1986, she has run the Stabby Gard farm near the city of Uppsala, which lies just north of the Sweden's capital, Stockholm.

Gauffin discusses her philosophy as she pets one her cows while it feeds at its trough. The Swedish farmer says that the sustainable use of resources is tremendously important on her farm.

"For example, we use less energy when the cows stand outside," says Gauffin, adding that the cows take shelter under the heated roof only for a short period during the winter.

"The animals are currently resting," she continues. "Two months out the year they can't give milk. Then they start producing again, and we milk them for eight to 10 months out of the year."

Stabby Gard uses all sources of energy available at the farm, from the body heat of the cows to the use of their manure for field fertilizer. Gauffin also cultivates grain in a sustainable fashion. She avoids monoculture farming, which means cultivating just one crop. Instead, she rotates the use of peas and rapeseed.

Water resources are also becoming a growing issue, according to the farmer.

"Sweden is a water-rich country," Gauffin says. "We're doing well here in that regard, because we're surrounded by water. But when there are heat waves during the summer, we also notice that water becomes scarcer."

Up until now, she has not had to think about how much water she uses to produce a single liter of milk.

"But if climate change continues, that will become an issue in all of Sweden," Gauffin says. 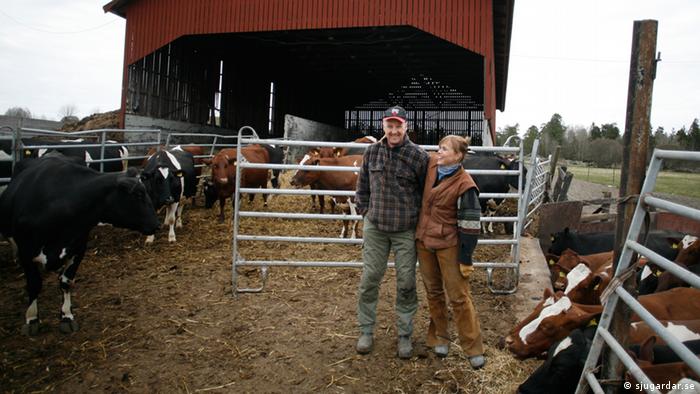 It requires up to 1,000 liters of water to produce a single kilo of wheat, according to a calculation by English scientist Anthony Allen. His calculation includes not just the water that plants need to grow, but also the water that is used during transport, storage and packing. 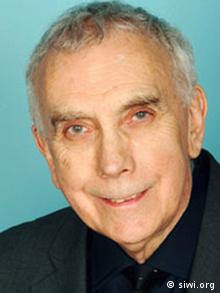 Allen has tried to create transparency through his 'virtual water' concept

Allen names the concept "virtual water." He says people who eat meat daily use a lot of water without realizing it.

"I always try to wake people up to reality. Are you a five or a two-and-a-half cubic meter person?" Allen says. "What I mean by that is whether someone consumes groceries worth 2,500 or 5,000 liters of water per day."

Vegetarians come in at 2,500 and meat eaters at 5,000, according to Allen. "That's a huge amount in comparison to the 150 liters daily that people need for cleaning themselves and for drinking," he says.

Some 70 percent of the world's water resources are used for agriculture. There's enormous room for savings, which Allen has tried to demonstrate with his concept of virtual water. The World Water Week conference in Stockholm is currently the site of discussions over whether consumers should carry these hidden costs through new taxes or price hikes.

Farmer Elisabeth Gauffin believes it's sensible to make consumers pay for those hidden costs. She says that ecological farming means that the consumers are shown how much water is required for production.

"It's about informing the consumers of the origins and conditions of a product," Gauffin says. "In that way, the production chain can be followed and the people can understand how well we have produced their goods."

The relationship between water and food production is in focus at this year's World Water Week in Stockholm. Climate-related issues like droughts are just one factor putting pressure on the world's water resources. (25.08.2012)