Park Joo-ho scored the winning goal on his Borussia Dortmund debut as the German side continue their 100% record in the tournament so far. The yellow-and-blacks can owe a lot to Matthias Ginter's contribution in attack. 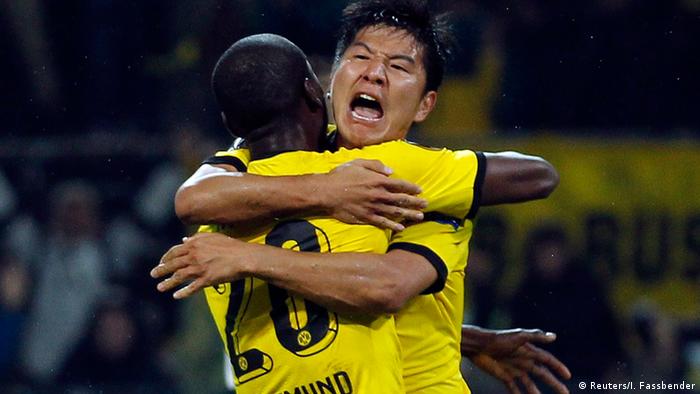 Borussia Dortmund came from behind for the third European game on the spin with debutant Park Joo-ho heading in an injury time winner to see off FK Krasnodar.

The visitors led for most of the first 45 minutes with Pavel Mamaev scoring his sixth Europa League goal of the campaign. Matthias Ginter then equalized for the home side before the full-back crossed for Park's stoppage time header which secured all three points for Thomas Tuchel's side.

With six games in 18 days before the next international break, Dortmund is fiercely battling on all fronts this season. Tuchel made four changes to the side from the 4-2 win at Hannover - with Roman Weidenfeller starting, Park making his debut in midfield, Adnan Januzaj replacing Jonas Hofmann and Gonzalo Castro stepping in for Julian Weigl.

The Russians adjusted quickly to the tempo of the game, yet their goal on 12 minutes was still against the run of play given Dortmund's early possession dominance. Fedor Smolov sauntered past Ginter on BVB's right, again exposing defensive weaknesses down that flank, before he drew the ball back to Pavel Mamaev who finished sharply at the front-post.

The changes took a while to catch on as Dortmund's recent surge of goals dried up on the first week of group stage action. Debutant Park was economical in possession, but without the extra craft of Shinji Kagawa or Marco Reus - the forward should return to full training tomorrow - Tuchel's men were ponderous.

Castro, another summer signing, missed a header on 23 minutes and then skewed a left-foot shot high and wide over the crossbar after half an hour. Dortmund began showing signs of the defending that typefied the last 18 months under Jürgen Klopp. Smolov's well-timed runs on the shoulder of Sokratis and Mats Hummels exposed Weidenfeller should the forward beat the offside trap.

Hummels intervened on 35 minutes, the striker seeming to stroll through the Dortmund center before the tackle by the center-back. Weidenfeller then made a darting run out of his box to prevent Smolov from scoring. 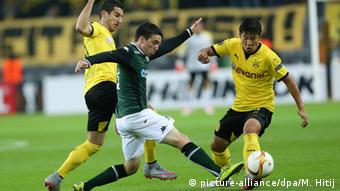 From the cold to the key man in front of goal, Ginter has cemented his place at right-back since the arrival of Tuchel. In the first minute of added on time, Ginter rose highest on the right, heading in a cross from Park to draw the home side level.

Shinji Kagawa was introduced at the break, the Japanese attacking-midfielder bringing extra creativity to Tuchel's midfield. Henrik Mkhitaryan shifted into the central area while Kagawa occupied the left-sided midfield role with Park on the overlap.

Mkhitaryan shot wide ten minutes after the restart, while Januzaj forced Dykan into an excellent save with turn and shot midway through the half. But it was right-back Ginter who seemed to carry the biggest threat on the wing and his cross with a few minutes left caused havoc in the Krasnodar defense as Dortmund pushed for the winner.

In the second minute of stoppage time, Ginter contributed his eighth goal in six games this season, crossing from the right-flank where South Korean international Park headed in to secure Dortmund's first three points of the group stages.

Bayern Munich and Leverkusen made it three wins for German clubs in the first week of Champions League action. Thomas Müller continued his brilliant scoring form, while Javier Hernandez hit his first goal for the club. (16.09.2015)