Germany’s win against Portugal was emphatic, but it also came at a price. With Thomas Müller struggling with injury, Joachim Löw might be forced to rely on his squad depth sooner rather than later. 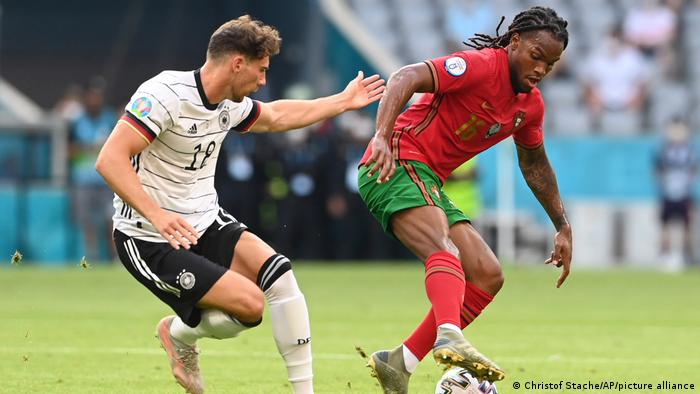 Leon Goretzka has declared himself top fit and ready to play

The euphoria of Germany's breathless victory against Portugal was dampened somewhat by what it cost.

After a trio of starters all sat out of training on Monday, only Mats Hummels and Ilkay Gündogan returned for the final session ahead of Germany's game against Hungary.

Thomas Müller was not involved, spending most of his time on the stationary bike before doing a bit of running. The Bayern Munich man's inclusion now looks less likely, although Germany's press officer, Jens Grittner, would not confirm Müller's absence, saying the situation remained a day-to-day one.

Müller's injury, a capsule knee injury, is a particular concern. After delivering a masterclass in movement and an impressive display of running against Portugal, the Bayern Munich star would be a huge loss for Germany.

"You saw both games were intense and that players were banged-up afterwards," Marcel Halstenberg said Monday.

Joachim Löw will be concerned that key players in his team are already at their limit. Given how crammed the schedule was at the end of last season, this is no surprise. But it is a concern for a team that can ill afford to lose quality in so many positions.

The midfielder, who struggled with injury at the end of the season, declared himself top fit and is a contender to replace Müller.

"It is a position I have played before and I've said before I trust myself in this role," Goretzka said. "I hope though, Thomas can play."

After 17 minutes against Portugal, Goretzka is now a serious option for Löw, who may well finally be confronted by all of his midfield options being available. "My motivation runs into my hair tips. I don't think there is much room for improvement," Goretzka said.

The same can't be said for Leroy Sane, who already looks to have lost the most ground in his race to be a Germany star. 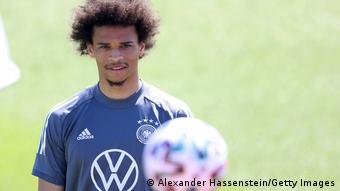 His omission from the 2018 World Cup squad was seen as one of Löw's greatest mistakes, but the individual moments of brilliance and ability to beat players in one-on-one situations have long been missing in Germany colors. Furthermore, during both the training camp and at Euro 2020, Sane has often appeared absent during training. If Müller is to miss out, Timo Werner now appears a far more likely replacement.

Whoever plays against Hungary, the expectation will be the same, in the team as in the stands. Germany's performance against Portugal sparked a rousing response in the Allianz Arena. On and off the field, Germany have arrived at Euro 2020.

"I just want to take the opportunity to say thank you," Goretzka said. "The atmosphere is really exceptional. In camp, we don't really realize it but we hear from friends and family that the country is really up for the tournament. It's nice to have 82 million Germany head coaches again rather than 82 million virologists."