Germany recovered from their defeat to France with a thrilling 4–2 comeback win against Portugal. The victory was a testament to the group but also one inspired by left wingback Robin Gosens. 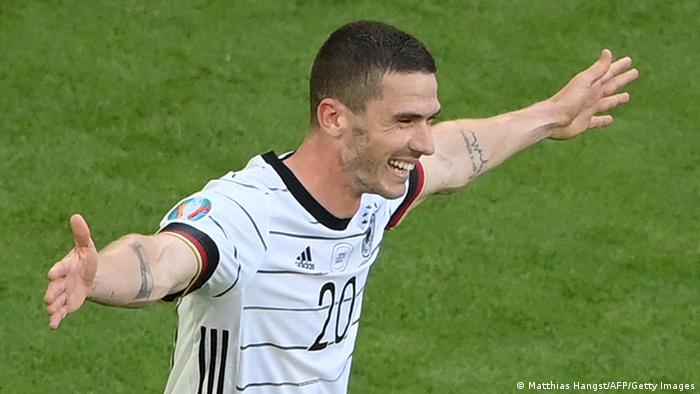 Joachim Löw asked for more bravery and intent, and he got it.

Kai Havertz showed he can score the goals, Thomas Müller was so energetic he was tackling in the opposition box, and down the left Robin Gosens became Germany’s new star. Germany has arrived at the tournament.

"Even if you pinched me I wouldn't believe it," Gosens told German public broadcaster ARD afterwards. "I'm ultra happy."

When Cristiano Ronaldo’s goal ended Germany’s spell of early dominance it felt like a familiar performance was incoming. Instead, Löw’s side shrugged off the goal, made more of possession in dangerous spaces, and let the wingbacks take over. And once they found that space, they couldn’t stop scoring.

It is telling that their first two goals came within four minutes of each other, but even more so that they were both own goals by Portugal. Maybe aware that their attack was still in need of sharpening, Löw’s side willed the ball into the net however they could.

Gosens gets Germany into gear

This was the performance of a team that had indeed entered a competitive mode, as Löw had asked them to do the day before. Germany finally combined their unity as a group with a performance befitting of their individual quality, and all of it was inspired by the play of their wingbacks. Both Joshua Kimmich and Gosens not only exploited the space given to them but were integral to the way in which Germany attacked.

"Both wingbacks played higher than against France, which is why we got in behind them with good passes," Löw said afterwards. "Both Kimmich and Gosens were superb today and it was an important part of creating pressure."

Naturally, no Germany performance under Löw passes without a wobble. After Löw rang the changes, Portugal scored a second and then hit the post with just over 12 minutes left. But only for a brief moment did the thought of a draw hang in the air. Once Germany had equalized, this never felt like a game they were going to lose.

Germany took their performance against France and turned it up a notch. For Löw this victory must have been particularly sweet. There has been much derision about his persistence with the back three, but this was a performance to vindicate him and the players in those positions.

Joshua Kimmich’s position has dominated headlines over recent weeks, but it was the man on the other flank who stole the show. 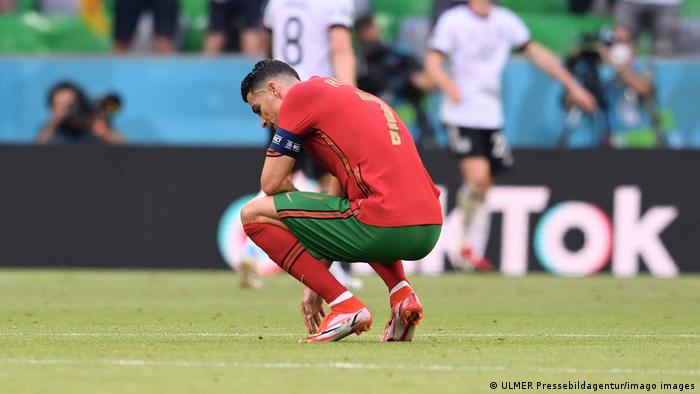 After a slow start, Gosens gave a performance that cemented the position for himself and won over the hearts of Germany fans all over the world. It would have been fitting had his goal inside the opening five minutes not been offside, but that didn’t stop him scoring later on with his head. When he was substituted off, the stadium sang his name.

For a player whose giddy excitement at just being a part of this team adds a much-needed freshness, this was a fairytale evening for the 26-year-old. "It's an incredible night and one I won't forget for the rest of my life," he said in the post match press conference.

Perhaps the question of whether this is also the start of a fairytale summer for Germany can be saved for another day. Tonight is about Germany beating the defending European champions, and Robin Gosens.

Euros: A Case for Spain and Portugal

German fans who displayed a banner urging a boycott of the Qatar World Cup during a recent Nations League game will not face punishment. On the contrary, the German FA insists it values "freedom of expression."

Hansi Flick and his players know what Germany were missing in Italy 04.06.2022

Germany's Nations League draw in Bologna means they have still never properly beaten the Squadra Azurra in a competitive setting. Hansi Flick wants to see improvements in the next three games - and his players know it.