Former Bayern Munich coach Hansi Flick has signed a deal to become the new Germany coach. He will replace his former boss Joachim Löw after the upcoming European Championships. 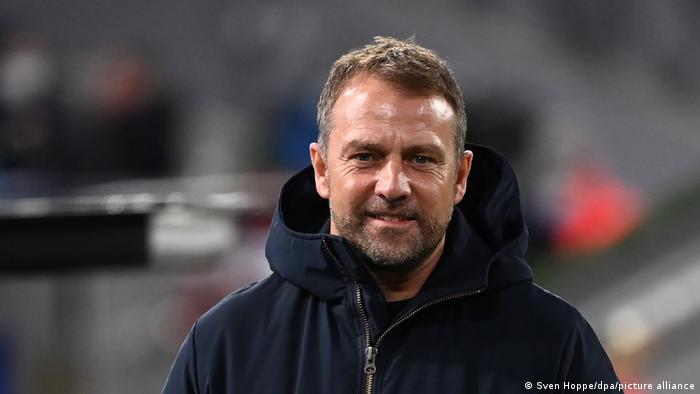 One of the biggest open secrets in German football was confirmed on Tuesday, with Hansi Flick unveiled as Germany's new coach and set to take over after the Euros.

Flick left Bayern Munich on unhappy terms despite winning the Champions League, Bundesliga, World Club Cup and German Cup trophies in the 2019 to 2020 season. In his brief stint with Germany's top club team, he won a total of seven titles over two seasons, including this season's Bundesliga.

His fallout with club management, in particular with sporting director Hasan Salihamidzic, led Flick to announce his intention to leave the club at the end of the 2020 to 2021 season. Bayern moved quickly to sign RB Leipzig coach Julian Nagelsmann to replace Flick.

Flick is a former assistant to outgoing coach Joachim Löw and was, in fact, a part of the 2014 World Cup-winning coaching staff. His contract with the German Football Association (DFB) reportedly runs through 2024 — the year that Germany host the European Championships.

"It all happened surprisingly quickly for me with the signing, but I am very happy to be able to work as a national coach from the autumn," Flick said. "My anticipation is huge, because I see the class of the players, especially the young players in Germany. We have every reason to approach the upcoming tournaments, for example the home European Championship in 2024, with optimism."

Flick's contract will also take in the 2022 World Cup in Qatar, and he'll be working with a number of familiar faces, among both staff and players. Bayern players like Manuel Neuer, Joshua Kimmich, Leon Goretzka, Serge Gnabry and the recently-recalled Thomas Müller make up the spine of the Germany team, while Flick's work with the DFB means he's returning to familiar surroundings.

"He was at the top of my wish list from the very beginning," said the DFB's Germany team manager Oliver Bierhoff. "I have known and appreciated Hansi Flick's human and professional qualities since our many successful years together with the national team. During his time at Bayern Munich, he showed where he can lead a team as head coach." 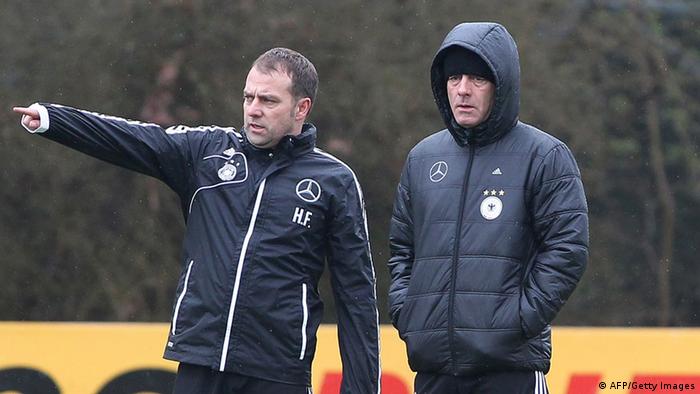 Flick said that he will name his backroom staff in August, adding that "Jogi Löw has more than deserved a grand finale to his career as national coach."

Flick has technically been head coach of the German team once before. In the Euro 2008 quarterfinal against Portugal, he was thrust into the role because Löw had been sent off in the previous match. Germany won, 3-2, and with Löw back at the helm, went on to place second in the tournament.

After the World Cup win in 2014, Flick became sporting director of the German Football Association, a job he held until January of 2017. He eventually made his way to Bayern Munich in 2019, lured by then coach Niko Kovac to be an assistant coach once again. Four months later, when Kovac was fired, Flick took his place first as interim coach, before he signed a three-year head coaching contract.

Germany start their Euro 2020 campaign against world champions France on June 15, while Flick's first game in charge is likely to be a World Cup qualifier against Liechtenstein on September 2. Germany's qualifying campaign for Qatar got off to a shaky start with a shock loss to North Macedonia at the end of March.

Bayern's nine titles: The moral of the story

If your club has taken nine titles in a row, the wheels on the inside must be churning without trouble. A look behind the scenes at Bayern Munich, however, reveals double standards to go with their dominance.

Thilo Kehrer has moved to West Ham after being frozen out at Paris Saint-Germain. The defender has the World Cup in mind. But will his former PSG teammate, Julian Draxler, follow suit, or let his career drift?

Hansi Flick and his players know what Germany were missing in Italy 04.06.2022

Germany's Nations League draw in Bologna means they have still never properly beaten the Squadra Azurra in a competitive setting. Hansi Flick wants to see improvements in the next three games - and his players know it.