Atalanta wide man Robin Gosens has been rewarded for a fine season for the Italian side with a first Germany call-up. COVID-19 got in the way of his international debut in March, but now he's out to impress. 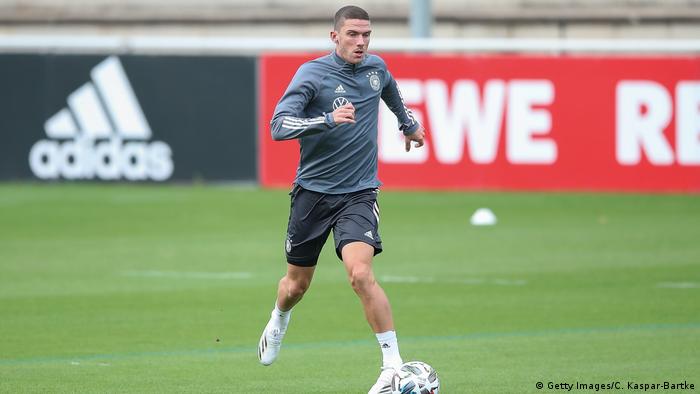 The rise of Robin Gosens continues, after Joachim Löw named him in the Germany squad for the upcoming Nations League games against Spain and Switzerland.

The powerful, marauding left wingback who can also play further forward, is not the only new name in the squad, with Borussia Mönchengladbach midfielder Florian Neuhaus and Hoffenheim keeper Oliver Baumann given their first callups.

That's partly as a result of Löw's decision to rest most of the German players who made it to the later stages of the Champions League, including Manuel Neuer, Serge Gnabry, Joshua Kimmich and Leon Goretzka, who all played in Bayern's triumph over PSG. RB Leipzig fullback duo Marcel Halstenberg and Lukas Klostermann were also allowed to rest. But Bayern's Niklas Süle, who missed most of the season through injury, does make the list.

"With one eye on the European Championships next summer, I think it’s important that the players can chill out and recover properly, both physically and mentally, before starting the new season with their clubs," Löw said, before going on to offer Gosens and co. a real incentive.

"The players who are chosen to play this month will be given our full attention. Maybe they will grab their chance and open the door for more regular playing time." 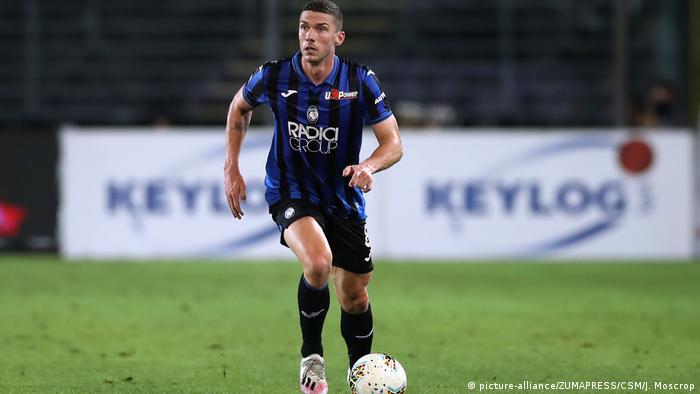 Gosens, 26, has been integral to Atalanta's rise on the domestic and European stage.

On the cusp of a call-up

With leftback, or left wingback, having been one of the national team's weak spots for some time, Gosens will be desperate to bring his club form on to the international stage.

He's been a key figure in Atalanta's rise to third in Serie A and shock progress to the Champions League quarterfinals. Gosens notched nine goals and eight assists last season, establishing himself as one of the first names on the team sheet, and helping his side outscore every other team in the division. Only two late Paris-Saint Germain goals denied the Italians an unlikely Champions League semifinal.

But Gosens' form had piqued the interest of Germany coach Löw much earlier. The long-serving Germany boss has traveled to Northern Italy on more than one occasion to assess whether he might be the answer to Germany's left-sided problem.

Löw told German football magazine Kicker that Gosens was in his thoughts for the March friendlies in Madrid against Spain, and against Italy in Nuremberg before the coronavirus forced their cancelation.

"We had considered inviting Robin Gosens to the international matches in March," Löw said. "We would have loved to meet him in person. It's a pity that it didn't work out, but we'll keep an eye on him as soon as the ball starts rolling again."

The Germany boss was true to his word and previously described Gosens as "a versatile player whose dynamism, enthusiasm and determination are impressive." This was news to Gosens, who said he only found out about Löw's admiration for him from afar.

"That was big news. I have to say that I heard it from the media like everyone else," he told NTV in an interview earlier this year. "It was also finally positive news right at the time when everything here was blowing up a bit." 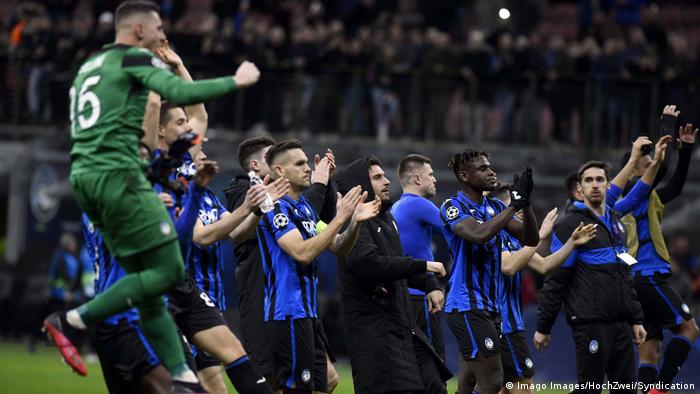 Atalanta celebrate their big 4-1 over Valencia, but the game has since been described as a 'biological bomb'

Around the time of those postponed friendlies, it became apparent that the spread of the coronavirus in Spain and northern Italy was accelerated by Atalanta's Champions League game against Valencia on February 19, a fixture played at the higher capacity San Siro in Milan, rather than Atalanta's smaller home stadium in Bergamo, also in the hardest-hit region of Lombardy.

The game, a huge moment in the club's history, was subsequently dubbed "Game Zero" by the Italian press.

The days after saw the numbers of coronavirus cases sky-rocket, and the decision to play that game, in that stadium, at a time when the virus was spreading, started to be questioned.

The return leg went ahead on March 10 without fans in Valencia. Soon after, a third of Valencia's players and staff tested positive as well as Atalanta's goalkeeper Marco Sportiello.

From a football perspective, it was an unfortunate chain of events for Gosens, who was just starting to gain recognition in Germany and reportedly attracting interest from other big European clubs. But he now appears to be back on track.

Born on the German border with the Netherlands to a Dutch father and German mother, Gosens is a product of Vitesse Arnhem's academy. Up until this season he had remained a relatively unknown quantity in his homeland, having never played any level of football in Germany. But, if that hadn't changed already, it surely has now.

At least three US states consider easing restrictions on public life amid the coronavirus outbreak. One tally has said over 150,000 people have died during the pandemic. Follow DW for the latest. (18.04.2020)

After a drawn-out transfer saga, Leroy Sane's move from Manchester City to Bayern Munich is complete. While that's a blow to the rest of the Bundesliga, recent history shows it will help Germany ahead of Euro 2021.