Medics and undertakers are overwhelmed due to COVID-19. Northern Italy is seeing a dramatic increase in deaths, which the crematorium is unable to deal with. 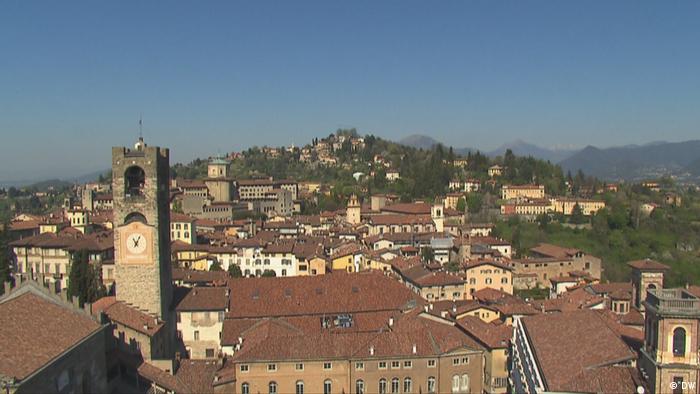 Northern Italy was on the verge of breaking point on Thursday as the army moved in to assist with moving corpses.

An army spokesman said 15 trucks and 50 soldiers had been deployed to move corpses to nearby provinces. Previously local authorities in Bergamo, northeast of Milan, had appealed for help with cremations as they were struggling to keep up with demand.

DW’s Italy correspondent Seema Gupta explained just how acute the circumstances currently are. She said: "The situation up north is very dire. We're hearing dramatic stories of funeral workers getting infected because they are having to deal with an overwhelming number of deaths. People are not allowed to attend the funerals of their loved ones in the area now."

Italy recorded the largest ever one-day increase in coronavirus deaths on Wednesday. There were more than 300 deaths in the region of Lombardy alone, where Bergamo is located.

Lombardy provincial governor Attilio Fontana feared doctors and nurses in the region's hospitals might collapse under the mounting pressure.

"I'm worried about the possibility they could succumb physically and psychologically because if they were to succumb, it would really be a disaster," Angeloni told Radio Capital.

Read more: Coronavirus in Italy: Solidarity in the time of disease

Lockdown to be extended

Meanwhile, the government seems set to prolong emergency lockdown measures across the country beyond the initial deadline of April 3.

"The measures we have taken... must be extended beyond their original deadline," Conte told Thursday's edition of the Corriere della Sera newspaper.

Officials have also said tougher measures could be implemented because too many people are not respecting the order to stay at home for all but essential purposes, and thousands are still falling ill.