Germany may have lost their opening game at Euro 2020. But for those able to watch the game on the big public screen this was less about a lost game of football and more about a long absent social connection. 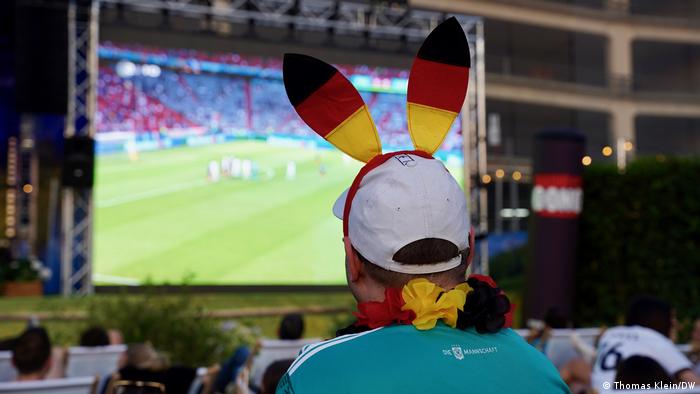 A fan watches Germany's defeat to France in a beer garden

A table full of Germany bucket hats looking on hopefully, an overeager DJ, the wave of silent disbelief at Mats Hummels' own goal, groans that turned to jeers when France's goals were disallowed; in one small location in Germany for one evening, it felt like the summer football festivals of old.

"In Germany there's not quite a Euro feeling yet," said Jan-Ole in a Nuremberg fan park. "But sitting here, the desire to watch Germany games returns."

"It's an amazing feeling, there are lots of people here and that does some good. It's been missing," added Katrin.

A goal is what Germany missed in their defeat to France. Late on during seven and a half minutes of added time, a few fans started to stand in the hope it might help Germany find an equalizer. One of the chefs came out of the kitchen briefly to cheer Germany on, waving his hands as if the team could hear and see him. Everyone threw their hands in the air when Adrien Rabiot kept sitting down. 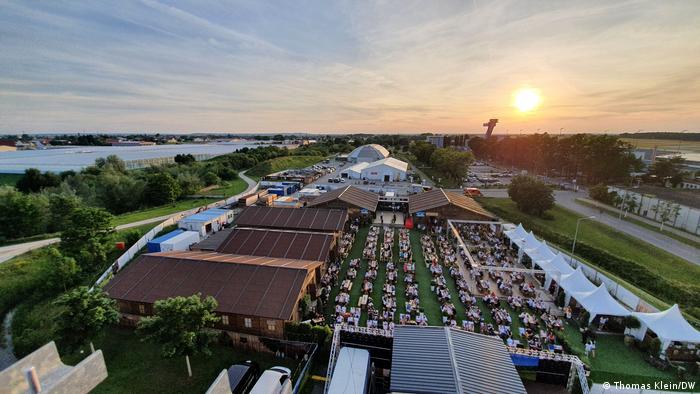 About 500 fans watched the game in the open air

None of it stopped Germany from losing, but for most watching on at the fan park at Nuremberg's airport that didn't matter too much. The feeling of watching football outside with friends again seems to have been the more important result of the evening.

"After all we've been through to be together and have a beer is a dream," said Rudi, dressed in Germany colors and with scarves around both his wrists. Indeed, most fans were delighted to be outside with friends again.

The area, designed for concerts and major public viewings, has a 20,000 capacity but during the time of a pandemic that was reduced to 500. Games have been shown here because the local incidence rate was low enough for long enough. That meant no test was required to enter but everyone had to register their information to secure a seat at a table and a mask was compulsory at all times other than when sitting down.

This was not the result fans in beer gardens around the country wanted, especially at the start of the tournament. But after months of disappointing performances, many were encouraged by what they saw. 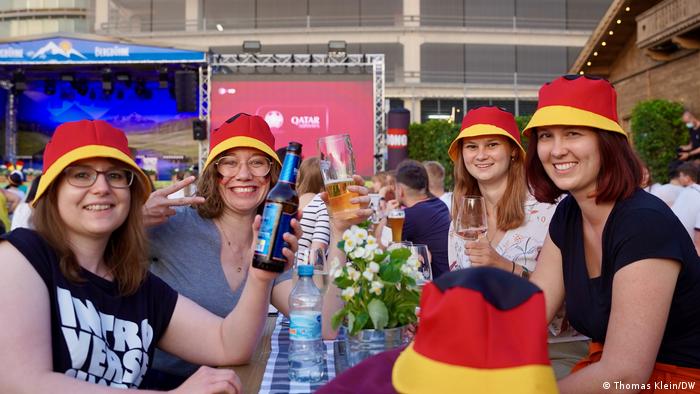 Spirits were high despite the result

"I was worried at the start of the tournament, but after that game I am really positive," Rudi said.

"It wasn't as bad as I thought. It gives me hope for the games Portugal and Hungary,"said another.

The sound of people rushing out as soon as the final whistle blew was drowned out by the DJ. Not long after, the lights dimmed as the bar and kitchen staff cleaned up. Whether fans only get two more Germany games or a brilliant run to the final doesn't matter tonight. This was about being back with friends and enjoying that collective feeling of being a part of something after months of being alone.