Leon Goretzka: A footballer with principles

The coronavirus has largely stopped football, and has left many missing their favorite weekend activity. In its absence, some footballers are looking to help, few more so than Bayern Munich and Germany's Leon Goretzka. 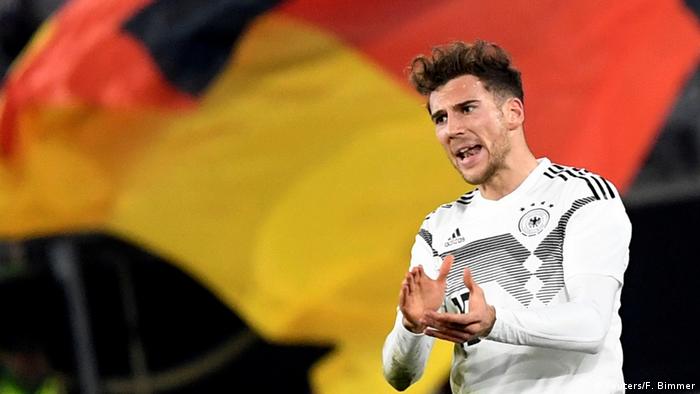 Just days after posting a picture of himself reading Daniel Kahneman's 'Thinking, Fast and Slow', Leon Goretzka started to act. He began by trying to raise awareness about how donating blood was necessary. Days after that, he was one of the leading faces in the German national team's €2.5 million ($2.7 million) donation to charities aiming to help stop the spread of the coronavirus.

By the end of the week, both Goretzka and his Bayern Munich and Germany teammate Joshua Kimmich formed the fundraising campaign #WeKickCorona, with the pair donating €1 million to social care and charity groups who are currently in need. Mats Hummels, Leroy Sane and Julian Draxler have since joined the cause.

At a time when so many people are feeling vulnerable, isolated and afraid, Goretzka is speaking up and reaching out. While sport rightly pales in significance at the moment, Goretzka's actions should not be ignored. There is no fault in sitting by, but in choosing not to do so Goretzka has revealed an important part of his character. These are the actions of a conscientious young man who is using his platform and his wealth to help others. The tweeting or posting of words can indeed bring comfort in these strange and isolated times, but accompanying them with initiatives is what sets him apart from many of his peers.

The 25-year-old may have been born in Bochum, a city like many in the Ruhr region that has struggled after the collapse of the traditional coal and steel industries. But, like many of his generation, he navigates the new virtual space with the ease you'd expect of someone born into a world where smartphones and social media were becoming increasingly normal.

The last seven years of his life, from youth player to Germany international, are there to see on Instagram, and yet on Goretzka's profile there's no sign of a logo bearing his initials or endless selfies displaying the inevitably muscular physique. With an audience of nearly one million on Instagram, Goretzka clearly understands the importance of the virtual world, but has also shown he is keen to use it to make a difference.

All athletes are more than just their sporting ability, but not all reveal those layers. In this week alone, Goretzka has spent a lot of time showing who he is without the football - and it is impressive.

Goretzka's flurry of social activity and activism is not new. This is a man who recently called for "action against people who are racist" in an interview with German outlet Der Spiegel, has publicly grappled with the question of what it means to be German, and who recently admitted that during a recent visit to a concentration camp he began to cry. It's hard not to feel that what you see is very much what you get with Leon Goretzka - a good man who makes the difference both on and off the field. 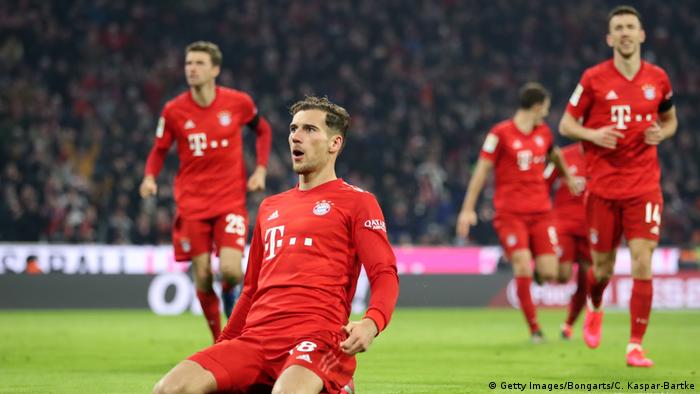 Of course, he's not alone. Around the world, many athletes have donated their income or set up charitable funds to help those in need. Earlier in the week, Gladbach's team announced they would give up part of their salaries in order for the club to pay other club employees. The help, particularly that given to the medical teams around the world who are the heroes without shirt sales or adoring crowds, is invaluable. At a time when we cannot physically be together, working together is pivotal.

Football will return one day. And when it does, the current Germany team, one in the early stages of a new cycle, should remember what Goretzka has done. He has shown himself to be a good person, someone who breaks through team rivalries. A footballer with principles to be proud of.

Whether German football needs a new leader or not, they may just have found one in perhaps toughest, but most telling, of times.

After a German club and the national team offered financial assistance, Italian clubs, players and fans have followed suit. Meanwhile, there's confusion over the naming of the postponed Euro 2020. Get the latest here. (20.03.2020)

A decade in which Germany's national team looked set to establish dominance has instead ended in ignominy. Results in 2020 could define the legacy of head coach Joachim Löw. (03.02.2020)