Germany and five other countries agreed to take in some 150 migrants stranded on a rescue ship off Italy. The country's far-right interior minister refused to allow them to disembark for two weeks. 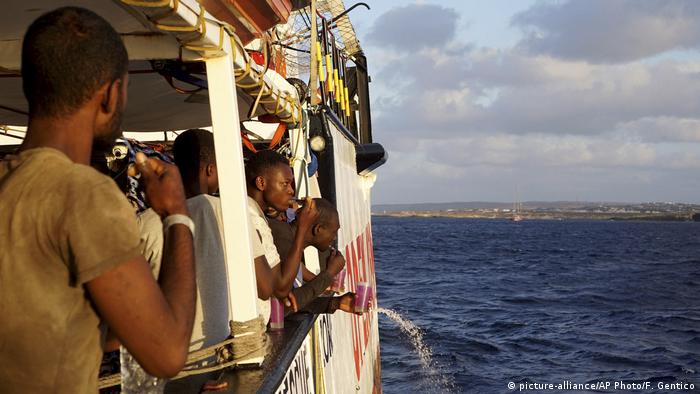 The latest standoff over immigration appeared to be resolved on Thursday after six European Union countries agreed to take in asylum-seekers who are stuck on a rescue vessel off Italy.

Italian Prime Minister Giuseppe Conte announced the move in an open letter to far-right Interior Minister Matteo Salvini, who refused to allow them to disembark.

"France, Germany, Romania, Portugal, Spain and Luxembourg have told me that they are ready to welcome the migrants," Conte wrote in the letter.

Some 150 people were picked up by the Spanish charity ship, Open Arms, off the coast of Libya in early August. 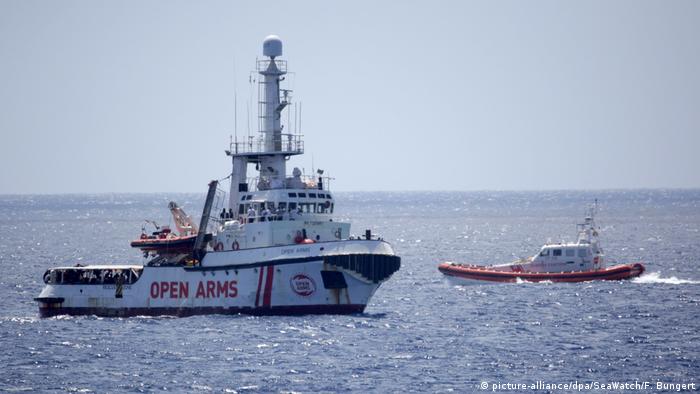 They were taken to the Italian island of Lampedusa, but have been stuck on the vessel for two weeks after being blocked from docking.

The Italian premier also strongly criticized Salvini in the letter, saying that the minister is focusing too much on migration and reducing the complex issue to a simple solution of closing ports in order to score political points.

"If we really want to protect 'national interests,' we cannot limit ourselves to representing positions of absolute stubbornness," Conte said.

Italy's government, which is comprised of Salvini's far-right League and the populist Five Star Movement, is poised to collapse after the interior minister called for fresh elections.

Doctors Without Borders and SOS Mediterranee, which operate the new migrant rescue ship, say the mainly Sudanese men and adolescents were picked up off the coast of Libya during three rescue missions. (11.08.2019)

The latest migrant standoff in the Mediterranean has ended with 40 rescued at sea being transferred to Malta. The EU deal with Malta comes as another rescue ship with 123 migrants remains blocked from Italian waters. (04.08.2019)