EU plan to sidestep Iran sanctions: How will it work? | Business | Economy and finance news from a German perspective | DW | 26.09.2018

EU plan to sidestep Iran sanctions: How will it work?

The EU's vow to keep trading with Tehran despite new US sanctions is causing further friction with Washington. The creation of a special purpose ​​vehicle (SPV) will help facilitate payments between Iran and Europe. 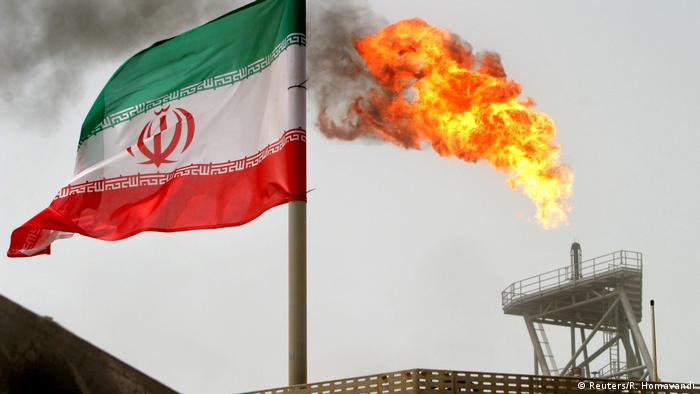 What exactly is the EU's Special Purpose Vehicle (SPV)?

The foreign ministers of the EU, Germany, France, Britain, Russia and China agreed on Tuesday to set up a new mechanism to facilitate legitimate trade between European companies and Iran. The goal: To bypass United States sanctions, which have been reintroduced after US President Donald Trump withdrew from the 2015 Iran nuclear deal.

A new legal entity will be created to allow financial transactions with Iran between oil companies and other businesses.

The EU's External Action Service (EEAS) says the measure is being created to "ensure the full and effective implementation of the Iran deal."

EEAS said the new payment system will "assist and provide reassurance to European businesses wishing to continue trading with Iran, mitigating the effect of re-imposed US sanctions, in accordance with European Law."

In 2017, the EU was Iran's second largest trading partner, after China.

Some of Washington's new punitive measures against Tehran took effect in August; the rest are due to begin in November.

How will the SPV work?

Even the EU doesn't know exactly how it will work at this stage. But several analysts suggest it could involve a barter system that would allow firms to bypass the SWIFT international bank transfer system.

Credits for oil or goods imported from Iran by one EU firm could be used to pay an EU exporter for its goods or services to Iran, without any funds being sent to the Middle East state.

The SPV would operate in euros rather than US dollars and US authorities won't be able to scrutinize transactions, unlike the SWIFT system, which is fully transparent.

Several European diplomats said the system would be similar to the one the Soviet Union used to trade with Iran during the Cold War without money changing hands.

EU technical experts are to meet shortly to flesh out the details of the plan.

Will big European companies use it?

In theory yes, but some trade experts doubt whether multinational firms such as Siemens and Total will risk their reputations and the possible threat of sanctions by Washington to continue to trade directly with Iran. The two companies have already announced they will be pulling out of Iran.

The foreign affairs spokesman for Germany's Social Democrats (SPD), Rolf Mützenich, told public broadcaster Deutschlandfunk on Wednesday that he didn't think large German companies could be pursuaded to use the SPV for fear of stoking further trade tensions with the US.

"Market forces are simply too strong for that," he said.

But he predicted that "small and medium-sized firms, and perhaps one or two service providers too, might be interested, if their focus is on the Middle East or Iran."

Speculation has quickly grown that large European firms may utilize middlemen to utilize the SPV on their behalf.

Will the SPV offer firms enough protection from possible US sanctions?

The EU, China and Russia clearly think so, hence its creation.

The SPV will operate in addition to a blocking statute that Brussels passed last month which would allow EU firms to sue the US treasury for compensation in the event that they are found to be in breach of the new sanctions.

But the immunity clause has not yet been tested in court.

What's been the reaction?

Some analysts say the EU's plan is purely symbolic in an attempt to stand up to Washington's unilateral decision to withdraw from the landmark nuclear deal with Iran. Others think the plan is unworkable, as EU officials who set up the entity, and banks who handle transactions into and out of the the SPV, could also face punitive US measures.

US Secretary of State Mike Pompeo said he was "disturbed and indeed deeply disappointed" by the EU's announcement.

"By sustaining revenues to the regime, you are solidifying Iran's ranking as the number-one state sponsor of terror," he warned.

Trump's national security adviser, John Bolton, said Washington does "not intend to allow our sanctions to be evaded by Europe or anybody else."

German Foreign Minister Heiko Maas, meanwhile, told reporters on the sidelines of the United Nations General Assembly there was "strong unity" with Iran on minimizing the impact of US sanctions.

Macron on Iran policy: "Our task is not to fuel tensions"

The French energy giant had said it would pull out of the project if unable to secure a US sanctions waiver. CNPC will own an 80 percent stake in the multibillion dollar gas project, the Iranian state news agency said. (11.08.2018)

British Airways and Air France have said they will halt direct flights to Iran starting in September. The move comes months after US President Donald Trump announced plans to reimpose sanctions on Tehran. (24.08.2018)

The US serves as a cornerstone of global trade and sometimes uses this position to punish rival nations. DW looks into key restrictions that Washington curently imposes on Iran, Cuba, Russia, North Korea, and Syria. (09.08.2018)