British Airways and Air France have said they will halt direct flights to Iran starting in September. The move comes months after US President Donald Trump announced plans to reimpose sanctions on Tehran. 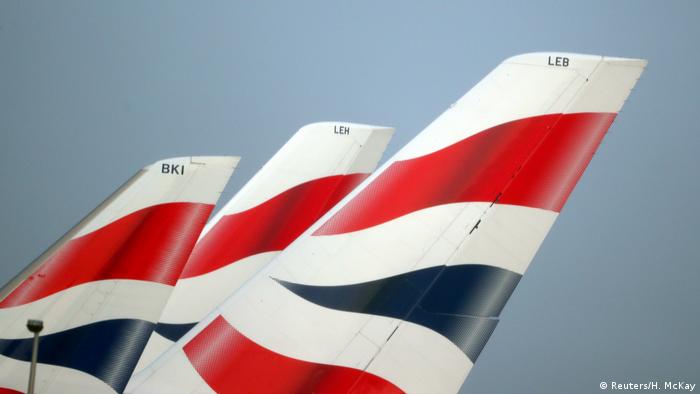 British Airways and Air France have announced they will end direct flights to Iran's capital, Tehran, starting next month.

British Airways, which is owned by Spanish-registered IAG , said its last outbound flight from London to Tehran will be on September 22, with the return flight scheduled for September 23. Air France, which had run connections to the Iranian capital through its low-cost operator, Joon, said it would end flights from Paris to Tehran on September 18.

The move comes months after US President Donald Trump announced he would reimpose sanctions on Iran, some of which took effect this month. In May, he withdrew the United States from the 2015 Iran nuclear deal, an agreement between the Middle Eastern country and Western powers under which most international sanctions on the nation were lifted in return for restrictions on and inspections of its nuclear program.

British Airways said it was suspending its London to Tehran service "as the operation is currently not commercially viable," while Air France said it was stopping flights because of what it called "the line's weak performance."

"As the number of business customers flying to Iran has fallen, the connection is not profitable anymore," said a spokesperson for Air France.

The French airline's Dutch partner KLM announced last month it was halting flights to Tehran, due to "negative results and financial outlook."

British Airways had reinstated its service from London to Tehran in the wake of the Iran nuclear deal in 2015. Air France reopened its Paris-Tehran route in 2016.

"That is good, more should follow, more will follow, because Iran should not be rewarded for its aggression in the region, for its attempts to spread terrorism far and wide," Netanyahu told a news conference during a visit to Lithuania.

German airline Lufthansa, meanwhile, has said it has no plans of ending its service to Tehran.

"We are closely monitoring the developments," it said in a statement. "For the time being, Lufthansa will continue to fly to Tehran as scheduled and no changes are envisaged."

Since Trump withdrew the US from the Iran nuclear deal earlier this year, the other parties involved — Britain, France, Germany, China and Russia — have vowed to keep the accord alive.

The EU, with help from the private sector, has pledged €18 million ($20.6 million) in aid to compensate for the US departure. However, a number of European companies including German carmaker Daimler, Deutsche Telekom and Deutsche Bahn, have announced their intentions to scrap investment plans in Iran.

Lufthansa upbeat despite half yearly loss

Iran nuclear deal: Has Europe done enough to save it?

The recent parade of EU leaders to Washington to convince US President Donald Trump to keep the Iran deal may have been in vain. Some analysts say they should have been flying to Tehran instead. Teri Schultz reports. (08.05.2018)