EU leaders are meeting in Brussels to try and agree on who should fill the bloc's top posts. Berlin and Paris are at odds over who is best equipped to take the reins amid challenges such as Brexit and climate change. 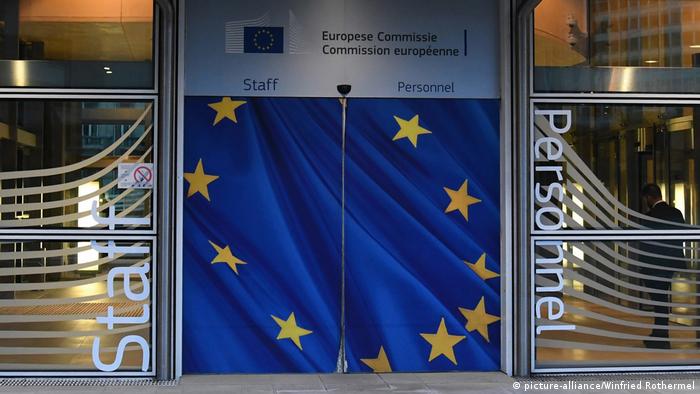 The EU's 28 leaders gather in Brussels on Thursday in a bid to resolve a deadlock over the bloc's key leadership positions.

The two-day summit comes nearly a month after European Parliament elections triggered a contest for five top jobs, including the next president of the European Commission, the EU's executive branch.

Who are the main candidates for president?

More than a two-day job?

Upon arrival in Brussels, European leaders were cautious about the likelihood of being able to unite behind candidates by the end of the summit on Friday.

French President Emmanuel Macron warned it would be a "mistake" to transform the summit into a power struggle between France and Germany, who are at odds over key presidential candidate Weber. "I'm not locked up in any specific scheme, and our aim is to make
emerge the best team for Europe," he added.

German Chancellor Angela Merkel said EU leaders' positions were so far apart that, "It's possible there will be no result today." However, she downplayed the idea of a race against the clock, saying, "We still have a few days left."

Irish Prime Minister Leo Varadkar said a second summit was likely ahead of July 2, when the first session of the new European Parliament opens. "It's quicker to elect the pope very often than it is to fill these particular positions," he said.

In an invitation letter to the 28 leaders ahead of the summit, European Council President Donald Tusk said he remained "cautiously optimistic" about reaching a deal this week.  "There are different views, different interests, but also a common will to finalize this process before the first session of the European Parliament."However, after arriving in Brussels, Tusk said he was "more cautious than optimistic" that a deal could be reached on Thursday.

An EU official close to the summit preparations told DW: "We have a 100% chance of finding a solution by early July."

A significant role: The Commission is a powerful body responsible for monitoring member states' budgets and proposing policies on a range of issues, including climate change, immigration, tech regulation and trade. Whoever takes over as president will lead the bloc for the next five years as it grapples with Brexit, weak economic growth, the rise of euroskeptic sentiment and other major challenges.

Read more: How will the far-right AfD party shape the European Parliament?

Why is there an impasse?

The main issue is that, after weeks of talks, the four dominant groups in the new European Parliament — the conservatives, socialists, liberals and the greens — haven't been able to agree on a compromise candidate to replace Jean-Claude Juncker as commission head. The EPP, which came first in the elections, says its candidate, Weber, has the strongest claim. But while the Bavarian conservative is backed by Merkel, critics cite his lack of experience leading a government. Macron and others, including Spanish Prime Minister Pedro Sanchez, are firmly opposed to him.

What other jobs are up for grabs?

Other posts that will soon be vacated include the EU foreign policy chief, the president of the European Central Bank, speaker of the European Parliament, and the head of the European Council. Leaders are aiming to put forward at least two women for the jobs, while also taking political affiliation and the needs of different EU regions into account.

Candidates can only be approved if they have the support of at least 21 of the 28 EU leaders, as well as backing from a majority in the new 751-seat European Parliament. If no compromise candidate emerges at the Brussels summit, talks are expected to continue next week ahead of the first parliamentary session on July 2.

What else is on the summit agenda?

EU leaders will also debate whether to set a goal of going carbon neutral by 2050. Member states are divided over the impact a net-zero emissions target could have on European competitiveness and jobs. Germany is pushing for an agreement, but Poland and the Czech Republic are among those opposing the policy.

On Friday, leaders will discuss eurozone reforms and Brexit — this time without outgoing British Prime Minister Theresa May. They are expected to reiterate that the Brexit treaty cannot be renegotiated regardless of who is elected the next British leader.

It's Munich versus Maastricht in the battle to be the EU's chief executive. Manfred Weber, an MEP from Bavaria's Christian Social Union, is debating his center-left rival from the Netherlands, Frans Timmermans. (07.05.2019)