The EU has outlined an ambitious plan to slash greenhouse gas emissions, albeit one pegged to a 32-year timetable. The non-binding proposals go further than goals member states are already struggling to keep. 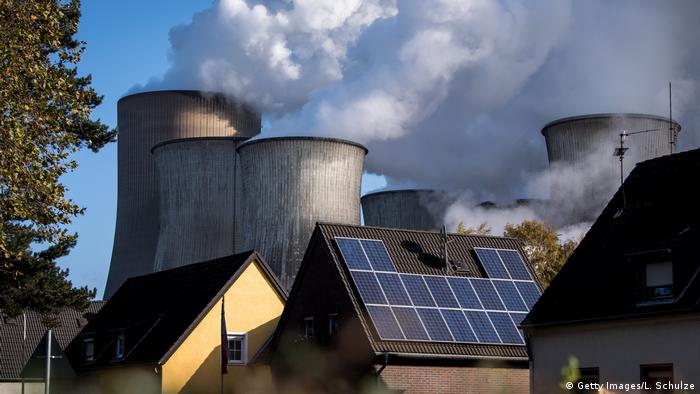 The European Commission released a proposal on Wednesday calling for emissions in the bloc to be drastically cut to net zero by 2050 — just days before the COP24 climate summit in Poland.

Although EU leaders believe the goal is achievable, their plan is far more ambitious than national climate targets set by the EU's 28 member states and would require all members to be on board.

What the EU is planning to do:

What is 'climate neutral'? The net zero emissions goal means that any greenhouse gases emitted in the EU would either need to be absorbed by forests or by new technologies that will remove carbon from the atmosphere. This second category is particularly difficult to reliably predict and model.

'Status quo is not an option'

Miguel Arias Canete, the EU's Commissioner for Climate Action and Energy, urged national governments and businesses within the bloc to get on board with the Commission's proposal.

"True, there are many challenges on the road," Arias Canete said. "But status quo is not an option."

The EU's 2050 proposal was welcomed by environmental groups, but the Climate Action Network (CAN) warned that more needs to be done in the short-term.

"As a matter of urgency, the EU needs to massively increase the 2030 target," CAN Europe director Wendel Trio said. "It is the short term emission cuts that will make or break our response to climate change."

Germany stumbling in climate goals: Although all EU member states signed on to the 2015 Paris Agreement to limit global warming, they're not united on how to do so. Germany is currently expected to fall short of its 2020 emissions goals, while German Chancellor Angela Merkel has resisted raising the country's emissions target for 2030.

On Wednesday, Germany announced that it is doubling its contribution to the United Nation's climate change fund in an effort to boost environmentally-friendly measures in developing countries. Berlin, meanwhile, has resisted higher emissions cuts on cars.

What happens next: The EU's member states are due to submit their draft national climate plans to the European Commission by the end of 2018. The proposal is also likely to be a topic of conversation at the UN's COP24 climate summit in Poland which begins next week.