Earth Overshoot Day 2022: Humanity has already used its resources for the year | Environment | All topics from climate change to conservation | DW | 28.07.2022

Earth Overshoot Day 2022: Humanity has already used its resources for the year

We are just halfway through the year, and humanity has already used up all the resources the Earth can sustainably produce. From now on, we are borrowing from the future. 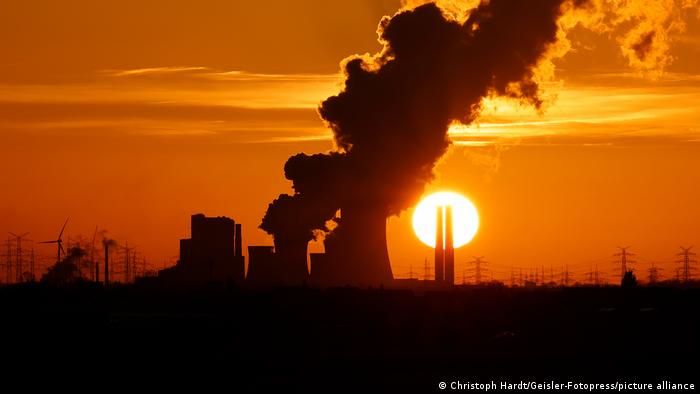 Industrial powerhouse Germany should need to lower its carbon emissions

By July 28, humanity will have used up all the natural resources that the Earth can sustainably regenerate. For the rest of the year, mankind will be inflicting an unsustainable toll on the planet, according to the calculations for Earth Overshoot Day.

"It's like if you spent all your money by July 28, and then the year you live off deficit spending. It's actually even more serious because with money, you can print or borrow it. With resources, we can borrow from the future as well, but we cannot print them," Global Footprint Network Founder and President Mathis Wackernagel told DW.

His organization calculates Earth Overshoot Day by factoring in how much we consume, how efficiently products are made, how many people are draining resources and how much nature can regenerate.

Wackernagel said this overconsumption is the underlying cause behind many of the planet's current woes.

"We look at all the problems in separate ways — climate change or biodiversity loss or food shortage — as if they were occurring independently. But they're all symptoms of the same underlying theme: that our collective metabolism, the amount of things that humanity uses, has become very big compared to what Earth can renew."

Solutions on how to push back the clock

But also small changes, such as lowering speed limits, air-drying laundry, changing household lights to LEDs, wearing more sustainable clothing, and cutting out meat for just one day a week would each contribute another couple of days in pushing back the moment of overshoot. 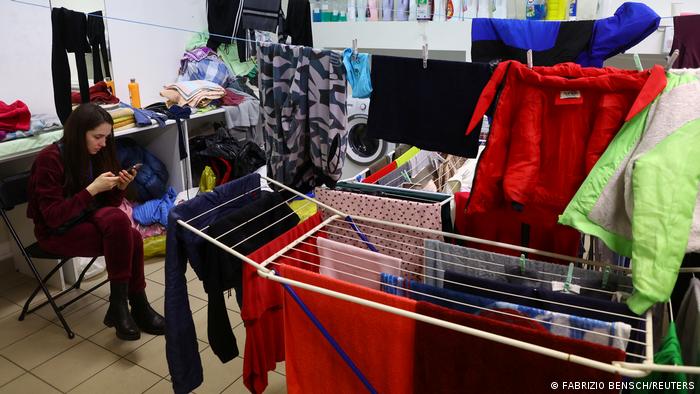 And while Earth Overshoot Day occurred on July 28 for the planet, the date for many individual countries came far earlier.

Qatar used up all its renewable resources for 2022 by February 10, followed a few days later by Luxembourg. And many countries do not exceed their resources at all — largely nations in the Global South.

Germany hit its overshoot day on May 4.

If people across the world lived like those in Germany, we would need three planets to cater to them. Though clearly, we only have one.

"That should be an alarm signal to remind us of the gravity of the situation,” said Lara Louisa Siever, senior policy advisor for resource justice at the German development network INKOTA, speaking shortly before May 4.

"It's a wakeup call to all of us citizens, but also politicians and industry, that we cannot continue like this."

Calculated by international reasearch group Global Footprint Network, Overshoot Day factors in how much we consume, how efficiently products are made, population size and how much nature can reproduce.

Germany's early Overshoot Day may be put down to its intensive use of resources in areas such as agriculture, and a lack of energy efficiency in buildings, said Stefan Küper, press spokesperson for the environmental and sustainable development group Germanwatch.

"And this leads to Germany living on credit and taking a lot more from the planet than we are supposed to," he said in the leadup to Germany's overshoot day.

It is not the first time Germany has depleted its resources so quickly. In fact, the country's official Overshoot Day has been close to the same date for years.

"And that's the saddest part: We don't see enough movement in Germany. We are clearly not making any real, measurable progress towards using less resources or emitting fewer greenhouse gasses," Küper said, adding how this sends the wrong signal to other countries that might be looking at Germany to see how it is tackling the problem of carbon emissions.

"What they see is that Germany isn't really making any progress in reaching its climate goals. So they'll think it's not a priority for them either."

Against that backdrop, he said, Germany has to "take giant, measurable steps to show it didn't only set goals, but is doing something to reach them." 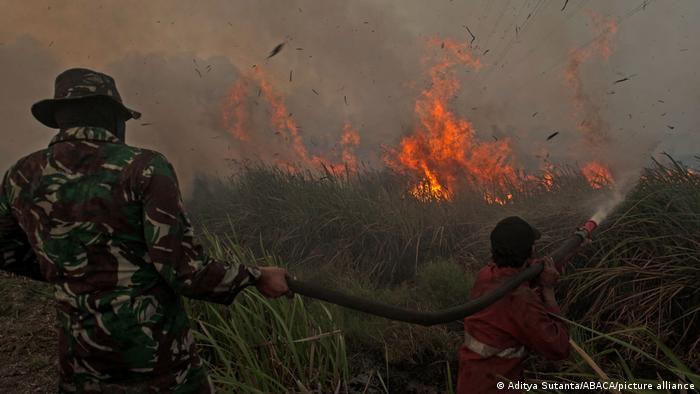 High-income countries live at the cost of lower-income nations

Germany was just one of many wealthy nations to cross the dubious finish line early. Siever said this fact underscores how industrialized countries are living off the backs of low-income nations such as Jamaica, Ecuador, Indonesia, Cuba and Iraq, which use fewer resources and will not reach their respective Overshoot Days until the end of the year.

"Germany is the fifth-biggest consumer of raw materials in the world, and is importing up to 99% of minerals and metals from countries in the Global South," Siever said. "These countries don't consume the same amount of raw materials, but are the ones bearing the costs; the human rights degradation and environmental damages."

Earth Overshoot Day across the decades

Half a century ago, the Earth's biocapacity was more than enough to meet annual human demand for resources. But Earth Overshoot Day, the date when humanity as a whole has used up the resources needed to live sustainably for a year, has been creeping up the calendar for a long time.

"That's what worries me so much, that we have been overusing our resources for decades, and that globally speaking, we are seeing an increasing level of overuse," Küper said. "It's a development that we need to stop immediately."

Among the main culprits for overshooting the planet's natural budget are carbon emissions, which currently make up 60% of humanity's ecological footprint. If we were to emit just half that, we would hit Earth Overshoot Day about three months later.

Transitioning to renewable energy is one of the most powerful ways to cut emissions, but Siever said we also have to be aware of the raw material value chains involved.

"Everybody is asking for a renewable energy transition. But we need minerals and metals for this, such as cobalt, lithium and nickel. What we often forget is that the processing of these minerals and metals contribute 11% to global CO2 emissions," she said.

Her group is working with civil society to push for a raw materials transition that would see us use far fewer of them, and feels encouraged by the fact that the German government included a plan to reduce its raw materials usage in its coalition treaty.

Many citizen initiatives, municipal policies and business strategies are already driving change that could ultimately impact at what point Germany hits overshoot in the future.

In the western German city of Wuppertal, citizens initiated a project to transform an old railroad into a bike path network, which is expected to be used by 90 million cyclists over the next 30 years. 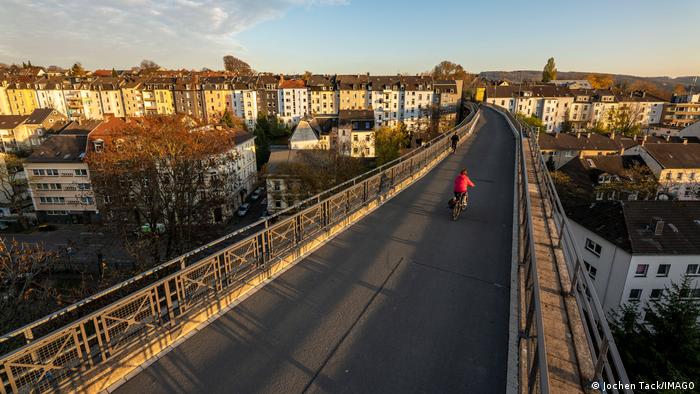 In the western German city of Wuppertal, citizens initiated a project to transform an old railroad into a bike path network

Not far away in the city of Aachen, policymakers laid the strategic foundation for a climate-neutral city by 2030. The surface area of Aachen's roofs eligible to support photovoltaic systems is large enough to meet the electricity demand of all inhabitants, they found. The financing of 150 rooftop solar installations has already been secured, with another 1,000 to be initiated this year.

Küper believes such shifts are down to citizen initiatives like Fridays for Future putting pressure on politicians and demanding change. And he said dates such as Earth Overshoot Day play an important role in raising the alarm across the world.

"When we started raising awareness of this day with other organizations, hardly anyone knew about it. Now I see a massive growth in public awareness of the day and the problems it represents. And we need that.

"Without public pressure, nothing is going to change as fast as we need it to,"  Küper said.

This article was originally published on May 4 when Germany reached its Overshoot Day. It's been updated on July 28th for Earth Overshoot Day.