Former FBI Director James Comey is set to testify before the Senate Intelligence Committee on the investigation into Donald Trump's alleged Russia connections. Similarities with the Watergate scandal are hard to miss.

"I think if you compare the two Watergate pales … compared to what we're confronting now," Clapper said in a speech to the National Press Club of Australia on Wednesday.

Comey to testify before the Senate 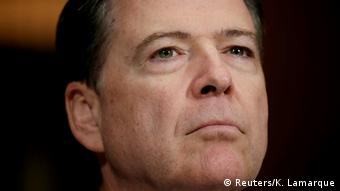 Comey is at the center of Trump's Russia scandal

On Thursday, former FBI Director James Comey will testify in front of the Senate Intelligence Committee. On the agenda: the FBI's investigation into Russia's efforts to influence the 2016 presidential election, possible connections between Russia and Donald Trump's campaign and what exactly went down between Trump and Comey before the president fired him on May 9.

To understand the weight of Clapper's statement - and all the other Watergate comparisons that have sprung up recently - you have to know how exactly the Watergate scandal developed and led to the end of Richard Nixon's presidency.

At 2:30 a.m. on June 17, 1972, five men were arrested for breaking into and attempting to bug the offices of the Democratic National Committee (DNC) at the Watergate hotel and office complex in Washington D.C. While the head of the Republican re-election campaign for Richard Nixon initially denied any connection to the five men, the Washington Post published several investigative reports that refuted this claim.

Despite the brewing scandal, Nixon was re-elected in a landslide victory on November 7, 1972.

But in April 1973, mere months after the start of Nixon's second term, several senior White House staffers had to resign over Watergate. White House counsel John Dean was fired.

In May 1973, Archibald Cox was appointed the Justice Department's special prosecutor for Watergate - he was supposed to investigate how deeply the White House was involved with wiretapping the DNC.

On October 20, 1973, in what would become known as the "Saturday Night Massacre," President Nixon fired Cox, the very man investigating him, and abolished the office of the special prosecutor altogether. Pressure mounted to start proceedings to impeach Nixon.

Obstruction of justice and resignation

During the investigation, it was revealed that Nixon had recorded all conversations and phone calls in his offices since 1971. He refused to hand over the tapes to the special prosecutor, but the Supreme Court ruled that some recordings had to be passed on to investigators. The tapes proved that Nixon was a part of his administration's efforts to cover up their involvement with the Watergate Scandal.

That's why obstruction of justice was among the articles of impeachment brought against the president in July 1974. To avoid impeachment, Nixon announced his resignation on August 8, 1974. He's so far the only US president to ever step down from office.

Back to the present: Virtual break-in

Even with this extremely simplified run-down of Watergate events, parallels to Trump's presidency are obvious.

Russian hackers are accused of influencing the 2016 presidential election. In July 2016, they compromised the DNC's email servers, leaking thousands of confidential emails to the media, many of which embarrassed senior Democrats - the 21st century version of breaking and entering.

Trump and his campaign team say they had nothing to do with this. The hack still worked out in his favor: Trump won the election and was inaugurated on January 20, 2017.

But on February 13, less than a month after Trump took office, National Security Advisor Michael Flynn was forced to resign after having lied about his past meetings with Russian officials.

Flynn had claimed he never discussed US sanctions against Moscow with the Russian ambassador to the US, which was later proven false. The Justice Department, as well as former president Obama, had warned Trump's White House that Flynn could be vulnerable to Russian blackmail. 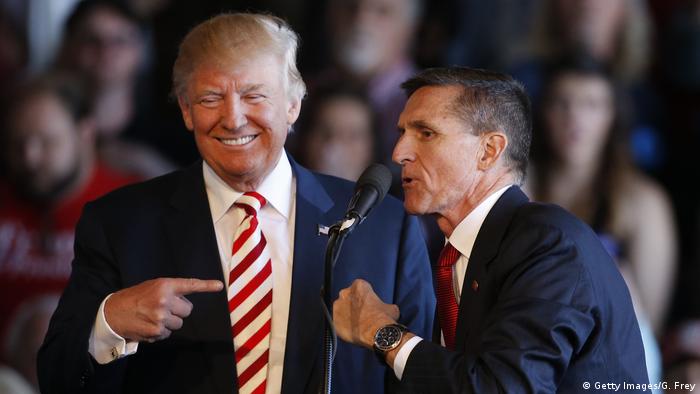 In March 2017, then-FBI director Comey confirmed that his agency had been investigating Russia's efforts to influence the 2016 election and the possibility that it coordinated with people in Trump's campaign since the hack in July.

Firing of Comey and obstruction of justice

Trump allegedly wasn't happy with Comey and reportedly asked him to drop the FBI's probing of Flynn. On May 9, the president fired Comey, the very man investigating his administration and campaign.

If the allegations against Trump turn out to be true, some legal experts say his behavior could constitute an obstruction of justice, which is defined as corrupt attempts to "influence, obstruct or impede" the "due and proper administration of the law" in pending proceedings.

Another parallel to Nixon's case: Trump implied he taped conversations in the White House.

"James Comey better hope that there are no 'tapes' of our conversations before he starts leaking to the press," Trump tweeted in May.

While the parallels between Nixon's and Trump's administration are there to see, it remains unclear whether the two stories will have similar endings.

More than two-thirds of Germans expect President Trump to be out of office before his term expires and talk about impeachment has been rife for weeks in the US. But for now, Donald Trump is going nowhere. (24.05.2017)

US President Donald Trump has denied reports that he asked ex-FBI Director James Comey to drop a probe into his former national security adviser's links with Russia. Trump has also complained of facing a "witch hunt." (18.05.2017)