A congressional probe into alleged Russian meddling in the 2016 US election has expanded to include Trump's personal attorney, Michael Cohen. US media cited Cohen as confirming he had been approached by the Congress. 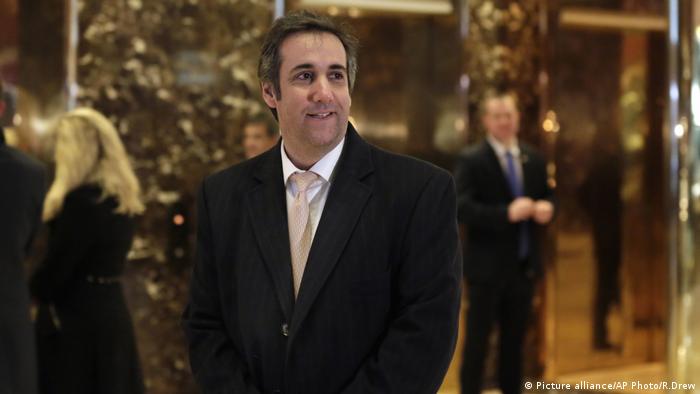 US President Donald Trump's personal lawyer was subpoenaed by the House intelligence committee Tuesday as part of ongoing investigations into alleged Russian meddlingin the US presidential election. Michael Cohen told ABC News on Tuesday that he had been asked by the US House of Representatives and the Senate to provide information and testimony but declined as "the request was poorly phrased, overly broad and not capable of being answered."

Cohen, an attorney for the Trump Organization, served as a cable television surrogate for the Republican president during the election campaign.

In February, The New York Times reported that Cohen played a key role in brokering a Ukraine peace plan that mandated Russian troops to withdraw from the Eastern European country and a referendum to let Ukrainians decide whether the territories captured by Russia in 2014 should be leased to Moscow. The Russian government denied any knowledge of such a plan.

The congressional inquiry into ties between the Trump campaign and Russia has advanced beyond formal requests for information from Trump aides. Trump's first national security adviser, Michael Flynn, also received subpoenas from a Senate panel regarding his Russian contacts and his business records.

In an interview with French daily Le Figaro on Tuesday, Russian President Vladimir Putin described the allegations of Russian interference as "fiction" invented by Democrats to justify their election defeat. That claim was supported by Trump.