More than two-thirds of Germans expect President Trump to be out of office before his term expires and talk about impeachment has been rife for weeks in the US. But for now, Donald Trump is going nowhere. 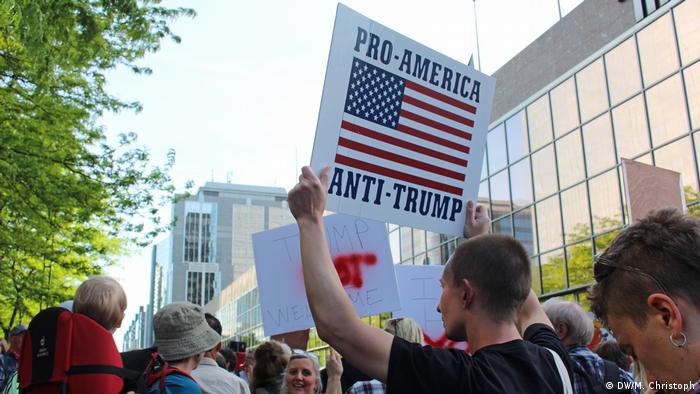 In the age of President Trump it is necessary to preface this article with a disclaimer. As potentially game-changing developments are always only a presidential tweet away, the information in this article is correct as of the middle of the president's first foreign trip. Various investigations into the Trump campaign are, of course, still ongoing.

When the Justice Department appointed a Special Council to investigate President Trump campaign's possible connections to Russia, speculation about a presidential impeachment or some other way of removing Trump from office reached fever pitch in the US and around the world.

According to a recent poll, two-thirds of Germans don't think Donald Trump won't finish his first term. And in the US, many politicians, pundits and experts mused about impeachment, which is significant in itself.

- Opinion: A hint of Watergate

But importantly, while talk was rife about impeachment in the capital there were only a few outright calls to impeach President Trump - and only one from a member of the House of Representatives. The sole lawmaker in the House to demand impeachment was Al Green of Texas - a Democrat.

To force a president out of office, however, requires a two-third Senate majority. And while some key Republican Senators like John McCain have clearly distanced themselves from Trump, ousting him would require a vote of 67 senators. That is and was designed to be a tough obstacle to get rid of a president. 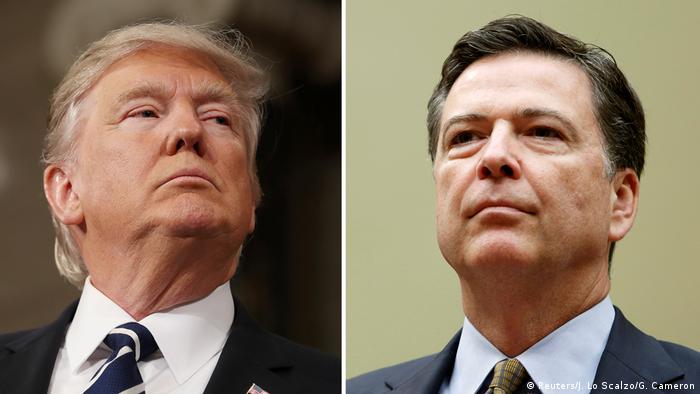 Equally important is the fact that while the notion of an impeachment process - as well as the frequently cited obstruction of justice charge leveled as justification to begin such a process - give the impression that an impeachment is a legal process, it isn't. It is a political process raised and decided by politicians.

Republicans hold not only both houses of Congress but, for the first time in eight years, the White House as well. For them to have to decide to throw one of their own under bus would amount to a train wreck of epic proportions.

"Congressional Republicans will try and stay with President Trump as long as they can if they think they can achieve some notable legislative achievement," said Reed Galen, a Republican strategist, who worked on the campaigns of John McCain, Arnold Schwarzenegger and George W. Bush.

"I think most Republicans will stick with Trump because they don't have any choice," concurred John Feehery, a fellow Republican strategist who worked for key GOP leaders in the House of Representatives for almost two decades.

That is not to say that many Republicans do not have serious concerns about Trump and how he conducts himself in office. But as long as he can somehow help them pass key Republican promises like lowering taxes or abolishing "Obamacare" they are reluctant to cut him loose.

Despite the president's numerous controversial actions since taking office, including his contentious firing of the FBI director and his reported justification for it, impeaching Trump is not on the Republican agenda yet.

- What happens now that Trump fired the head of the FBI?

"I don't think we are close to that point right now", said Feehery. "Most Americans are more concerned with health care and the economy than they care about the nonsense that has overwhelmed Washington."

"There is still a wide chasm between Republicans staying away from Trump and the majorities in both houses deciding first to impeach Donald Trump and then to actually convict and remove him", said Galen. "Removing a sitting president is a massive undertaking and extremely unsettling political event."

That doesn't mean, however, that Republican lawmakers, even many archconservatives in the House, don't have a breaking point when they would be ready to cut Trump loose. 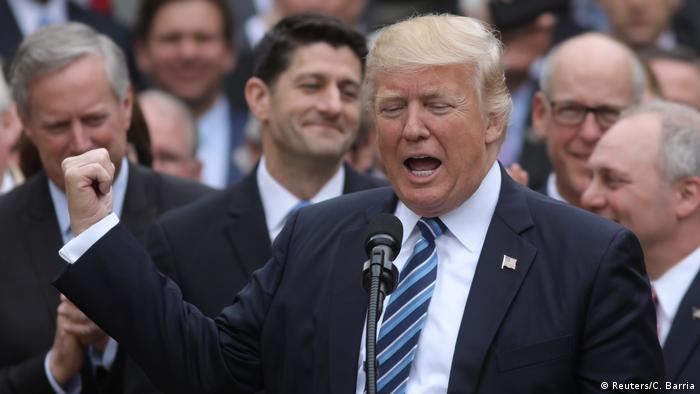 Many Congressional Republicans have misgivings about Trump, but stick with him anway as long as he supports their agenda

"If those members in vulnerable districts see Trump as an albatross, they'll run away from him", he said. But then again Republicans running away from Trump is very different from Republicans impeaching him.

"If there is actually evidence of collusion with the President and the Russians and that collusion was against the law, I think the President would be in big trouble," he said. "But absent that, I don't see him going anywhere."