Denmark has approved funding to transform a remote island from a contagious diseases laboratory into a detention center that would house migrant criminals who cannot be deported. The move was criticized by the UN. 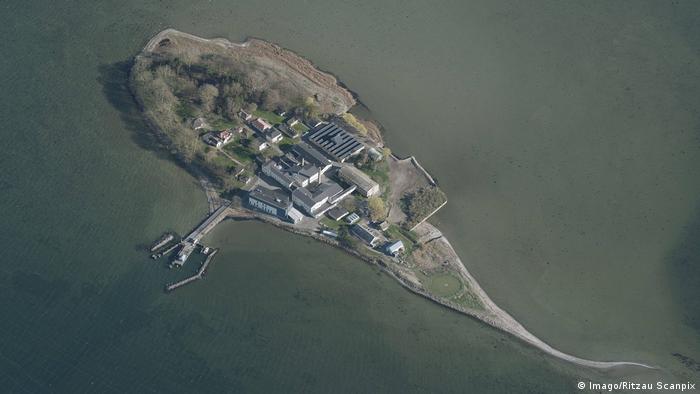 The Danish government will begin holding foreign criminals on a remote island, located approximately 80 kilometers (50 miles) south of Copenhagen. The controversial plan was included in the 2019 budget proposal, which the legislature approved on Thursday.

Under the measure, some 100 migrant criminals would be sent to Lindholm Island. People with criminal records and those who were denied asylum but cannot be deported due to risk of torture or execution in their home countries would be included.

Denmark has taken a tough stance on immigration in recent years. The center-right government, which governs with the anti-immigration People's Party, has made notable changes to reduce the flow of migrants.

These include the reduction of benefits for asylum-seekers, shortening temporary residence permits, stepping up deportations of rejected asylum-seekers and granting power to authorities to seize valuables from migrants to help finance the costs of their stay.

"Now we tell people from day one that they should not remain in Denmark for the rest of their lives. They only get temporary shelter until they can return home," said Peter Skaarup, parliamentary group leader of the Danish People's Party, when the measure was introduced to the budget law earlier this month.

Lindholm Island has been used as a laboratory and crematory by scientists researching swine flu, rabies and other contagious diseases. The government said it would decontaminate the uninhabited island by late 2019 and open the detention facilities in 2021.

"They are unwanted in Denmark and they must feel that," said Integration Minister Inger Stojberg in a Facebook post, shortly after the proposal was announced in early December.

The foreign criminals will be allowed to leave the island during the day, but will have to report their whereabouts to authorities and return at night.

Martin Henriksen of the anti-immigration Danish People's Party said that the decision was somewhat inspired by Australia, which currently holds asylum-seekers in detention centers in neighboring Pacific island nations.

But Mikael Smed, the mayor of Vordingborg municipality, where the island is located, was not enthusiastic about the measure. "People think this is not the solution to the real problems," Smed said prior to Thursday's parliamentary vote.

UN human rights chief Michelle Bachelet had expressed concern about the island measure. "I have serious concerns with this plan and we will monitor it and discuss it ... with the government," Bachelet told journalists in Geneva earlier this month.

"We've seen the negative impact of such policies of isolation, and [they] should not replicate these policies. Because depriving them of their liberty, isolating them, and stigmatizing them will only increase their vulnerability," Bachelet added.

Human rights activists have likewise denounced the decision, calling it degrading and inhumane.

After leaving crime behind, a former leader of the Los Guerreros gang has been killed outside a book event about his life experience. A Danish judge has called the incident "sad and infinitely meaningless." (20.11.2018)