Third division teams rarely make the headlines but VfL Osnabrück and their head coach Daniel Thioune are part of something special. Thioune is the first black German born coach of one of the country's professional clubs. 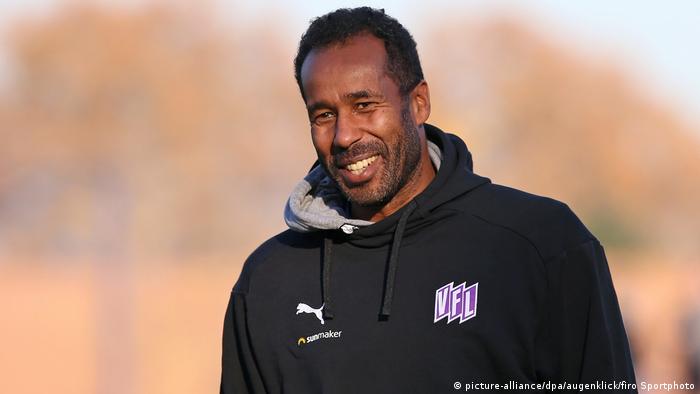 Daniel Thioune walks in to the small press room, that also serves as a club museum, with little fuss. The VfL Osnabrück head coach takes the time to shake everyone’s hand and say hello. Then he and the club’s sporting director, Benjamin Schmedes, talk about the first match back after the winter break, a derby game, and the arrival of a new central defender. Afterwards, the club's press officer, having made sure the coffee was warm, tidies up the chairs.

In many ways, it was just another unremarkable day in the life of a small and proud third-division side. But Thioune is the only black head coach currently employed in Germany’s top three leagues, and Osnabrück are, against the odds, top of the table. In fact, everything about Thioune and Osnabrück is remarkable.

"I’ve seen a few more hurdles than others," Thioune tells me when we chat after the press conference. "The color of my skin might have played a role in not getting over some hurdles but whether or not that's true I don’t know."

Thioune, born near Osnabrück in the northwest of Germany, loved playing so much that when he first got a chance to play competitive football at youth level he took a step back because he realized he wasn’t having as much fun. Having rediscovered it, he made his way through the amateur leagues (not an academy) before eventually enjoy a solid professional career that included over 100 games in the second division. 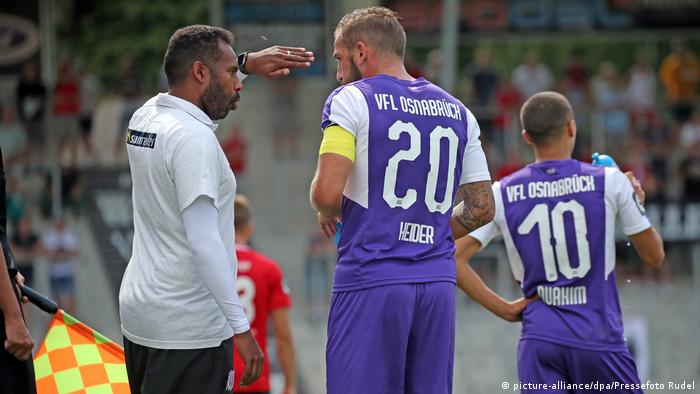 When his body could no longer keep up, he moved into coaching. At Osnabrück, Thioune, 44, has coached youth teams, worked in scouting and implemented a philosophy in a youth academy. He excelled on the Fußball-Lehrer coaching course (the highest coaching qualification in the country) and is still in touch with classmate Julian Nagelsmann.

"I’ve learned that in life every step must be taken and sometimes each one takes longer… It showed me that even when the road is a little bumpy, I can still take it," Thioune says.

Just over a year into his time as head coach, Thioune is further down the road than expected. Osnabrück are top of the third division. Promotion would not only be another remarkable step in his career, but also in the club’s history. Osnabrück missed out on the television money that seeped into the second division by getting relegated after it arrived. Since the turn of the new millennium, the club has yo-yoed between the two divisions, providing many moments of drama but not much stability. Since 2011, the club have been stuck in the third tier. The results of enormous change are beginning to bear fruit though.

In Schmedes, Osnabrück have a savvy sporting director capable of working deals within the club's limited means and in Manfred Hülsmann they have a president who echoes the voice of a community he knows. Back in April 2018 at a home game, Hülsmann said: "We will take a clear stand against the right-wing here in our own home."

On the club’s kit that day in place of the sponsor stood the words: Gegen Rechts (Against the right wing). And then there’s the clubs supporters, a group that have stayed faithful, and are consistently launching some of the most politically and socially engaging fan projects in the country. All of it is focused on moving Osnabrück forward - and it starts with Thioune. 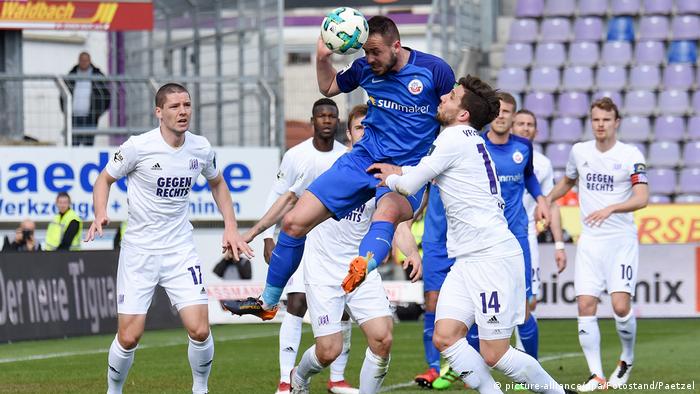 Osnabrück have avoided defeat after going a goal down seven times this season and in most of those games, they’ve gone on to win. They’ve lost only once all season. The team finishes strongly, partly because Thioune likes to make changes at the break. Thioune’s assistant is 28-year-old Merlin Polzin, who according to Harald Pistorius, a sports writer at local paper Neue Osnabrücker Zeitung who has seen Osnabrück through many years, is smart beyond his years: “I’ve seen a bit of football over the years but what he told me, and how he told me, blimey. It was another world. Real brains.”

Thioune is just as smart, he’s on the verge of finishing his degree in sport and educational science, and knows how to get the best out of people.

In Osnabrück, having a black coach has never been the topic of much, if any, conversation. "Perhaps it’s good that no one is talking about it, that it’s become such a normality that it’s such a given," Thioune tells me.

It’s hard to disagree, but it's also notable, more broadly, that Germany is reluctant to acknowledge the social structure of race. The vast majority of the country is not racist, and retains a welcoming and inclusive manner. A hesitancy to talk about race remains though, almost as if by talking about it a sin has been committed.

From the tone deafness on show from some of Germany’s team after Mesut Özil’s comments about racism last summer to some of the country’s media’s coverage of the royal wedding last year, Germany has shown itself to too often be uncomfortable talking about black people, and the lack of discourse makes it almost impossible to celebrate their success. 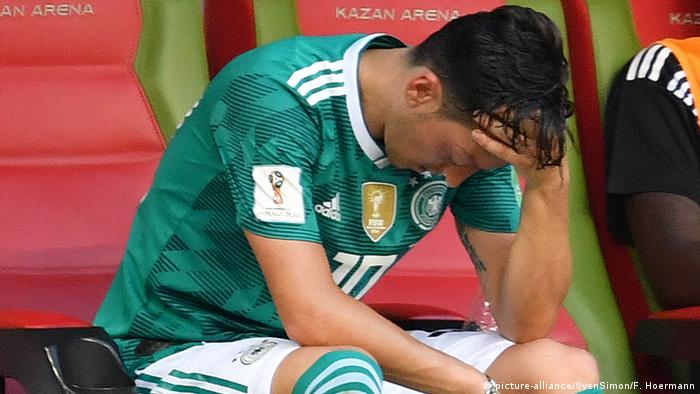 "I think we’re in a time though, where quality is decisive," Thioune says. "I don’t think I have my job because I’m black or that I didn’t get another job because of the same reason. I think the bottom line is the quality of the individual. That should be in the foreground… If that’s still an issue, then my quality is probably really high if I’ve managed to get a job as a head coach in the top three leagues," he says astutely.

The issues that remain can be seen in the lack of black coaches in Germany. Valerien Ismael, born in France but who also has German citizenship, enjoyed brief spells in charge of Nuremberg and Wolfsburg. Otto Addo is also a Fußball-Lehrer and is currently on the staff at Borussia Mönchengladbach. Addo is also breaking new ground by working in a new role that focuses on helping the inexperienced players get the feedback they need. Thioune also mentions Lamine Cisse, an assistant coach at Würzburg and David Yelldell, a goalkeeper coach in Großaspach, but ultimately the numbers are too few. 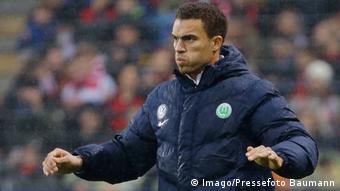 Valerien Ismael had a brief spell as Wolfsburg boss

"Perhaps the question is better directed to those who employ coaches or not,” Thioune says. “Things have to grow because things first have to first be seen as normal. Perhaps Germany has a few more developmental steps to take compared to Holland or France."

But Osnabrück are successful - and that’s largely because of Daniel Thioune. Two days after I spoke to Thioune, Osnabrück won a rainy derby in their classical but creaking stadium thanks to a single goal scored by a striker that had just been signed from the opposition. In the stadium, like in many around the country, banners showing the words nie wieder (never again) were held aloft as Germany remembered the victims of National Socialism. One of the key messages was about developing an active remembrance culture. The same is true of discussing race. It’s time to start publicly and proudly acknowledging the successes of the black community.

The persistent problem of racism in football

Jerome Boateng spoke out about racism he experienced in youth football in Germany, in the same week that Frankfurt's black players reported racist abuse during a match. Racism is still a blemish on the game. (09.11.2018)

Opinion: Germany is forgetting how to have a rational debate

German footballer Mesut Özil has resigned from the national squad, citing racism. Now, the country is amid a heated debate that dangerously disregards the rules of civility, writes DW's editor-in-chief, Ines Pohl. (28.07.2018)